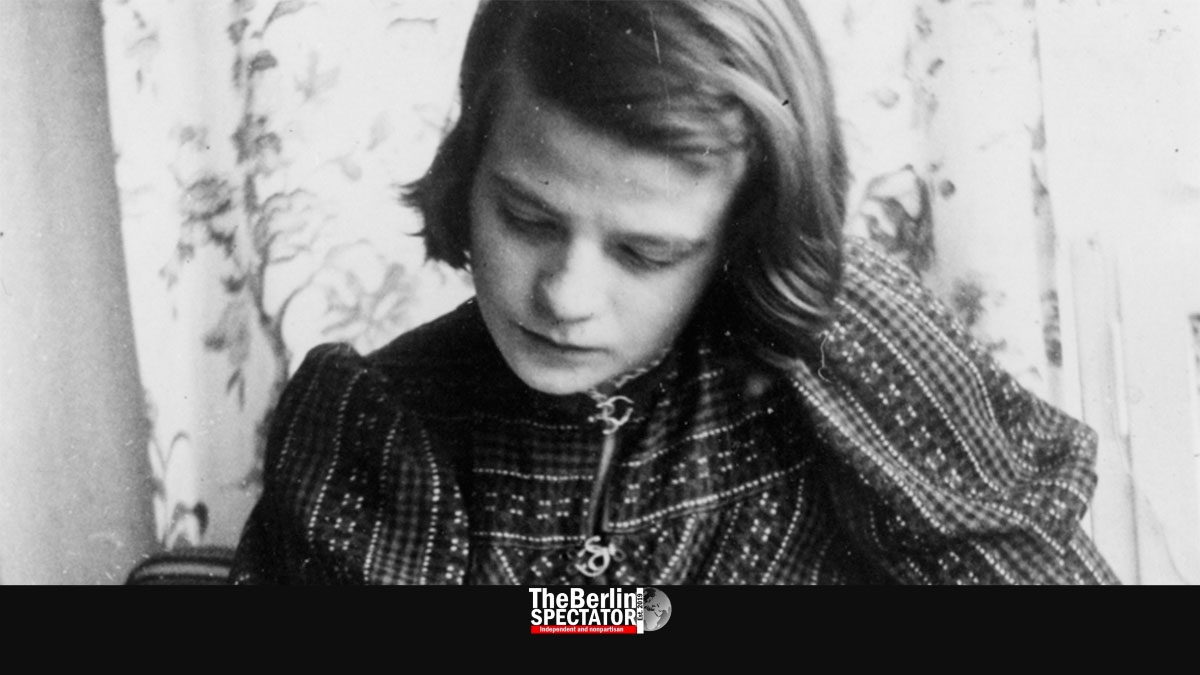 Sophie Scholl was born into a liberal and Christian family in southern Germany on May 9th, 1921. By the time she was a student in Munich, her conscience forced her to become active against Nazi Germany’s regime. At age 21, she was murdered by the state.

Berlin, May 9th, 2021 (The Berlin Spectator) — Elisabeth Hartnagel-Scholl was a hundred years and one day old when she died on February 28th, 2020. In theory, her sister Sophie Magdalena Scholl could be alive today, had Nazi Germany not murdered her. At least she could and should have lived to become an old lady, just like others who resisted the Nazi regime, just like millions of victims of the Shoah and of the war.

A state that murders members of minorities by the millions, or a 21-year-old student for criticizing Adolf Hitler’s regime on leaflets, is more evil than anyone can imagine. A state that appoints “judges” like Roland Freisler and order him to have members of the resistance executed is more evil than most evil states in history. And a state with a majority that either just goes along with all the murder or even takes an active part, needs to be liberated from the outside, which is what happened on May 8th, 1945, one day before the 24th birthday Sophie Scholl was not allowed to live to see.

Sophie School, her brother Hans Scholl and others founded the underground organization The White Rose. At Ludwig Maximilian University in Munich, they were caught distributing leaflets with texts that slammed the regime and Germans who just followed it. On February 18th, 1943, they were arrested by the Gestapo. Only four days later, on February 22nd, they were sentenced to death by judge Freisler and beheaded on the same day.

Leaflets Dropped by the British

Sophie Scholl and the other members of The White Rose became symbols for all resistance fighters against the Nazis. Schools and streets in the Federal Republic were named after them. Their stories are part of curricula at German schools. Because of their prominence, Great Britain reprinted some of their leaflets in 1944 and dropped thousands of copies on Germany. This means that, because Nazi Germany murdered them and made them resistance legends by doing so, many more Germans were able to read their texts.

Sophie Scholl was born in Forchtenberg, a small town in the southwestern part of Germany, on May 9th, 1921, a hundred years ago today. She had four siblings. Early on, she was influenced by her parents’ liberal views and the Christian values that were held high in the family. In the case of Hans Scholl and his sister Sophie, their conscience forced them to do something against the regime, against the war and the genocide. This makes her one of Germany’s biggest heroines.

Executed Under the Guillotine

During her interrogations, which lasted for many hours, Sophie Scholl tried to protect her brother and her friends by saying she had been one of the central figures in The White Rose. Not once did she try to talk her way out of it. Her diary and all other aspects known about her suggest that she was a young lady who loved nature and who was guided by Christian and social values.

On her last day, she spoke to a minister. Against the prison’s rules, she was allowed to smoke one last cigarette with Hans Scholl and Christoph Probest, another member of the White Rose who got the same sentence. She was the first of the three to be executed under the guillotine. This is what Nazi Germany did to those who openly rejected its tyranny, its cruelty, its genocide and its war. Sophie Scholl will not be forgotten.