Merkel Urges Germans to Get Vaccinated 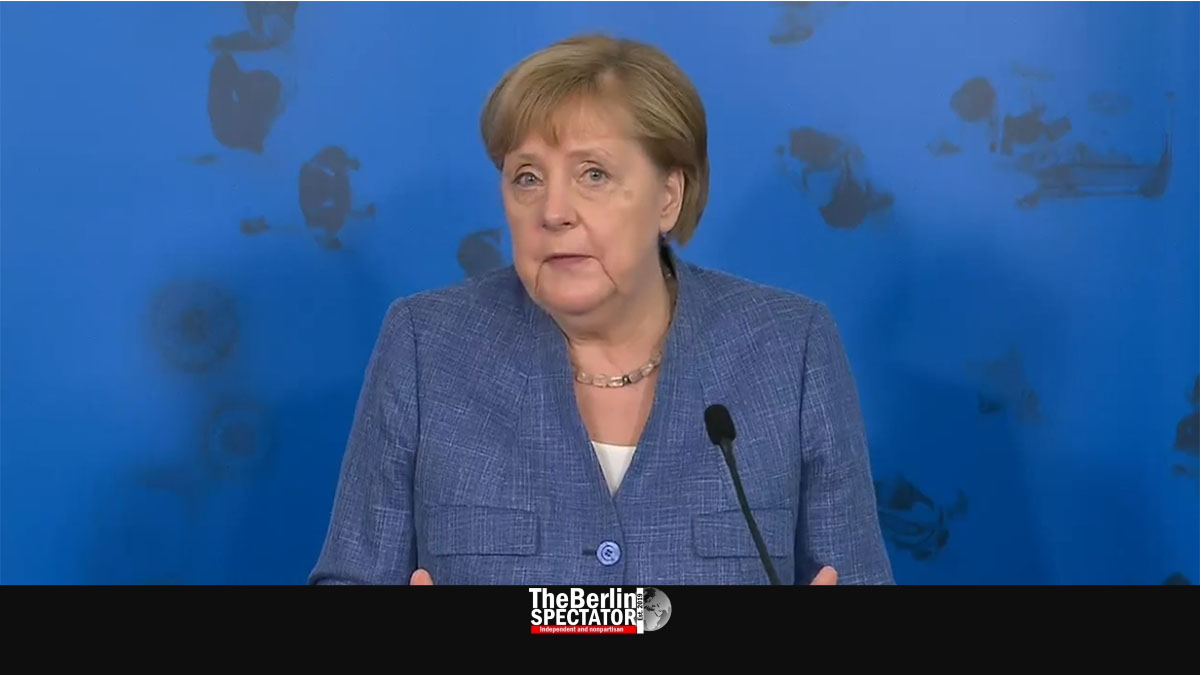 In Berlin, Angela Merkel visited the Robert Koch Institute on Tuesday. Her mission was to stress the importance of Corona vaccinations.

Berlin, July 13th, 2021 (The Berlin Spectator) — The Chancellor of the Federal Republic of Germany does not visit the Robert Koch Institute (RKI) every day. Mrs. Merkel went there with an important message. She thanked the RKI’s President Professor Lothar Wieler and his staff and said the institute was a blessing, not just for Germany, but also for many people abroad. In many cases, the RKI’s competence in the field of virology was being retrieved. Angela Merkel said she was proud to have an institute of this kind.

She summarized the situation by stating the Seven Day Incidence in Germany was still low right now but rising. One of the big question was how to prevent the emergence of more Coronavirus mutations. Her answer: By getting vaccinated. The Chancellor said she had asked the experts at the Robert Koch Institute what kind of vaccination rate was necessary to deal with a more aggressive Corona variant like Delta. Their answer was the following: 85 percent of all 12- to 59-year-olds and 90 percent of all persons aged 60 and older need to be immunized.

Mrs. Merkel conceded Germany was still far away from this goal. With vaccinations, high Incidences could be coped with without burdening the German health system too much. “We are reciprocally vulnerable”, the departing head of government stated. She addressed people who have not decided yet whether they want to be immunized: “A vaccination does not only protect you, but also someone who is close to you, somebody you love.”

‘We Need Each Other’

“The more people are vaccinated, the more freely we can live”, Angela Merkel said. “My request to everyone: Talk to each other about vaccinations, because we need each other.” Since Corona reached Germany exactly 532 days ago, Mrs. Merkel has asked the nation to be cautious and to follow the Corona rules countless times. In this case, she joined her Health Minister Jens Spahn at the RKI in order to promote the idea of Corona vaccinations.

Spahn stated the pace of the vaccination campaign was still high, but it was slowing down to some extent. He said Angela Merkel’s plea for more vaccinations had come at the right moment. The more people decided to be vaccinated, the less doctors and nurses would be under pressure, Spahn stressed next to Merkel at a Berlin press conference.

In the past several days, Germany’s Incidence rose from 4.9 on July 6th to 6.5 today. But in other European countries, including Portugal, Spain and the Netherlands, the Delta mutation already made the infection numbers skyrocket.

Germany: Corona Infections on the Rise, Vaccinations to be Accelerated