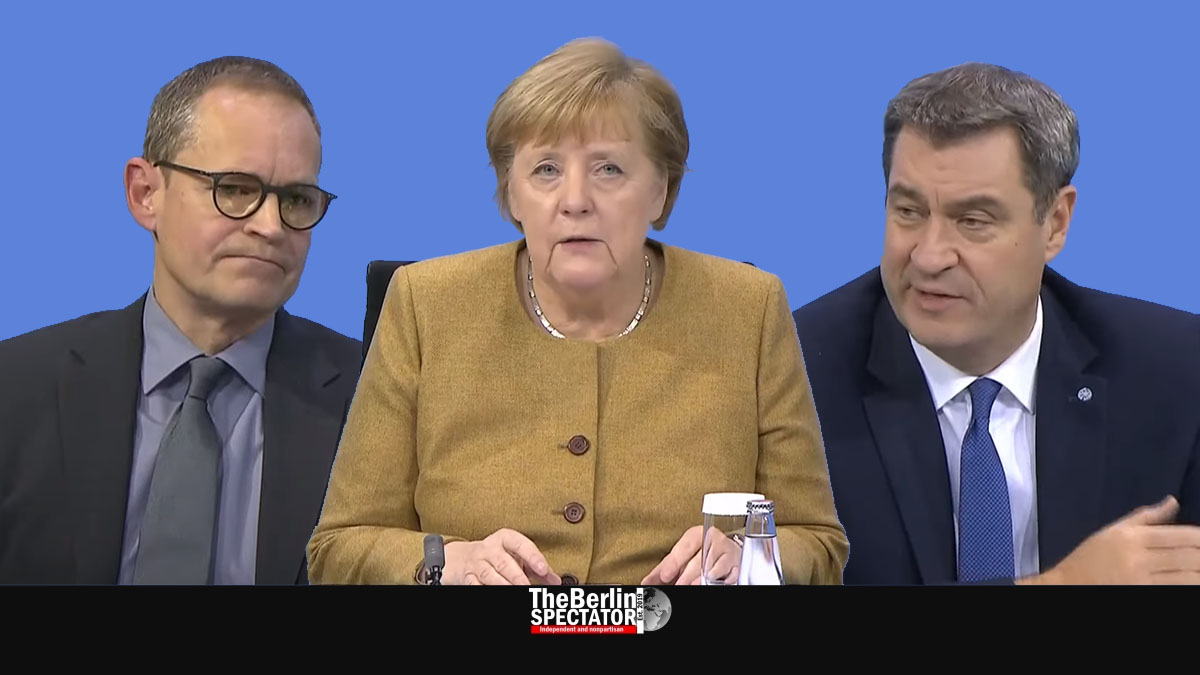 The governments in Germany’s federal states are just as worried about the Corona situation as the federal government. What is the right strategy? This question will be discussed on August 10th.

Berlin, July 28th, 2021 (The Berlin Spectator) — Originally, Chancellor Angela Merkel and the First Ministers had intended to come together for one last Corona conference before the elections for the Bundestag. Towards the end of August, once the summer holidays are over in most federal states, they were going to talk about the latest developments in the pandemic.

But now, Berlin’s Governing Mayor Michael Müller, who also heads the Conference of First Ministers, announced the meeting had been preponed to August 10th, meaning it will take place in two weeks from now. Last weekend, Müller and his colleague from neighboring Brandenburg, Dietmar Woidke, had said the situation needed to be discussed. In these two states, the summer vacations end on August 8th. The Governing Mayor had stated, the corridor in which the increasing infection numbers could be dealt with was getting narrower.

Germany’s Seven Day Incidence tripled in the past three weeks. It reached 15.0 today. Two of Germany’s 412 counties are above 50. They are trying to get the infection numbers down again, by putting in place stricter rules the residents are already used to from the first three Corona waves. Lüneburg (73.9) and Solingen (55.9) are the country’s Corona hotspots right now. Berchtesgadener Land county in Bavaria managed to decrease its Incidence from above 50 to 45.3.

In the meantime, the government does not want to pay for Corona tests much longer. Finance Minister Olaf Scholz, who is also the Social-Democratic candidate for Chancellor, said the moment at which everyone in Germany would have received a “vaccination offer” was coming closer. At that point, tests could not be paid anymore, meaning people would have to pay for tests themselves.

The most important task was to convince as many people as possible to get vaccinated. Scholz said he was in favor of sending mobile vaccination teams to immunize people at gyms, in front of supermarkets and soccer stadiums. “The vaccine now has to be taken to the people”, the Minister stressed. He also said many public events would be open to vaccinated persons only. He hopes this will make people get immunized.

In the meantime. Bavaria’s First Minister Markus Söder just announced Germany would require Corona tests from all persons who enter Germany, no matter where they come from or what means of transport they used, from August 1st, 2021. This means even people who come in from countries not categorized as “Risk Areas”, “High Incidence Areas” or “Virus Variant Areas” will need tests to cross the border. Persons who are fully vaccinated or who recovered from COVID-19 up to six months ago will be exempt.