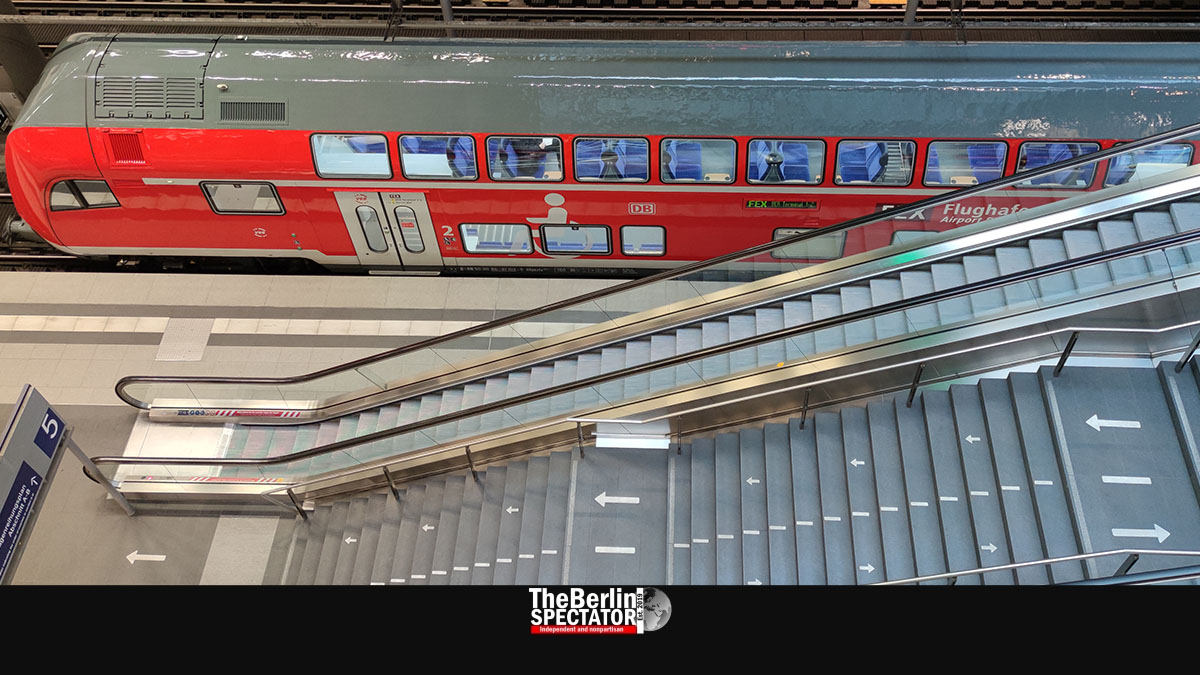 In Germany, locomotive engineers employed by Deutsche Bahn are on strike. Only one in four trains is supposed to be in service. The walkouts are creating a rather bad mess at the wrong moment.

Grossgmain/Austria, August 11th, 2021 (The Berlin Spectator) — In Germany, the locomotive engineer union GDL just organized a strike. It commenced at 2:00 a.m. today and is supposed to last until Friday in the early morning. Because of the walkouts, some 75 percent of all trains were cancelled. The GDL insists on a pay raise of 3.2 percent for train drivers, and a one-time Corona bonus of 600 Euro (703 U.S. Dollars or 508 Pounds Sterling) per employee.

Of course, the walkouts are causing a big mess while most of Germany’s federal states are still on summer vacation. Deutsche Bahn intends to keep one fourth of all trains in service. This day will show whether the plan can be successful in this situation. The strike affects long-distance trains, including the Inter City Express (ICE), regional and local trains. In Berlin, the ‘S-Bahn’ train network is affected.

Passengers in the German capital can use the ‘U-Bahn’ trains, trams and buses provided by the city’s largest public transport provider BVG instead. But commuters who live in Brandenburg and work in Berlin might run into trouble. So will Germans and expatriates in Germany who intend to go on vacation between now and Friday morning, those who wanted to return home and all other Deutsche Bahn passengers.

There are resultant problems too. For instance, the few trains that will be in service during the strike will likely be a lot fuller than they usually are. In the middle of the Corona crisis, and in a situation in which the infection numbers are on the rise again, this can be dangerous. On top of it all, more road traffic is expected because of the walkouts.

Deutsche Bahn announced tickets could be returned for full refunds until August 20th. Travelers who intend to hop on the few trains that are actually moving can use tickets valid for specific trains in a flexible way. For returns, the state-owned company is providing an online form which needs to be filled out. It is in German.

On Friday morning, the walkouts and the issues they are leading to were not even mentioned on the English version of Deutsche Bahn’s Internet portal. On its German homepage, Deutsche Bahn called on its passengers to postpone any trips “if possible”. It also provides a long list of regional trains that are not in service during the strike. It would probably have been easier to list the few trains that are actually moving in spite of the situation.