Germany: Number of Omicron Infections Triples within a Week 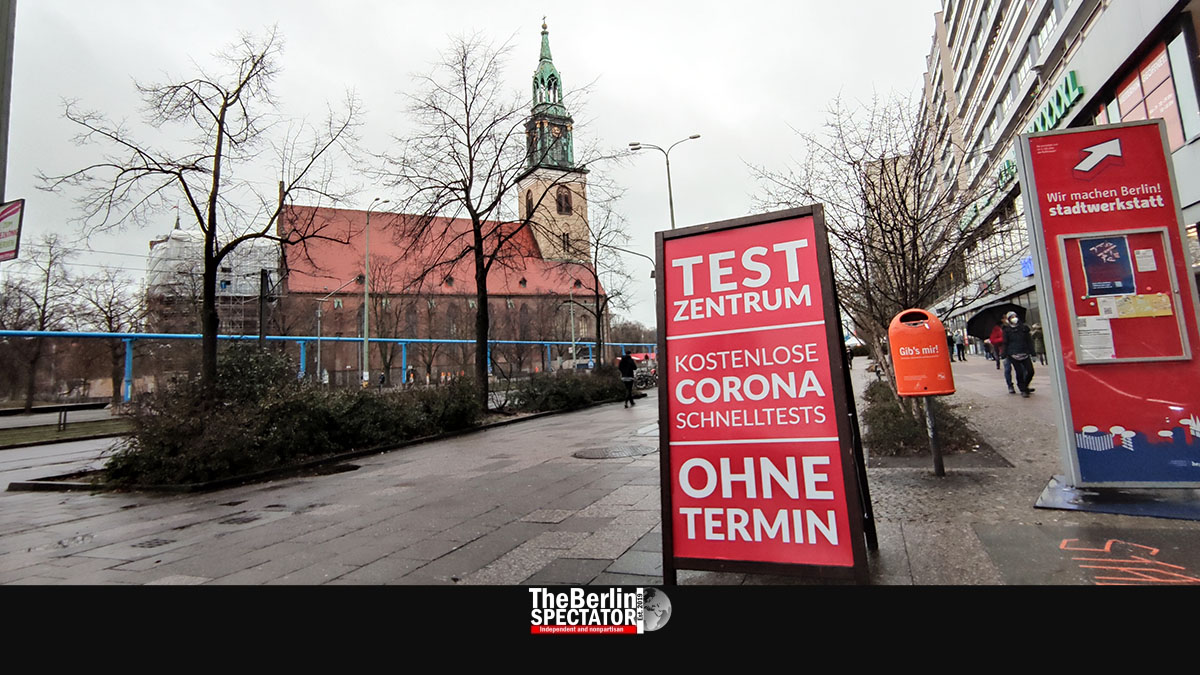 In Berlin, Omicron just overtook the Delta variant of the Coronavirus. On the national level, its share is increasing rapidly as well. The Corona rules might be tightened again.

Berlin, January 5th, 2022 (The Berlin Spectator) — On Wednesday morning, the Robert Koch Institute (RKI) in Berlin released alarming numbers. Germany’s Seven Day Incidence increased to 258.6 from 239.9 within 24 hours and 58,912 new Corona infections have been registered since yesterday. It is the highest number since December 10th, when there were 61,288 new cases. On top of it all, the Corona mutation known as Omicron is spreading rapidly.

In Germany, the number of detected Omicron infections more than tripled in the past week. On December 28th, the RKI listed 10,443 Omicron cases. Now, there are 35,529 of them. The actual number of Omicron infections is probably a lot higher than the official one. In Berlin, the city state’s new Health Senator Ulrike Gote stated Omicron had reached a share of 43.5 percent of all new infections in the German capital which meant it had overtaken the Delta variant. The latter mutation became the dominating one in mid-2021, when it overtook Alpha.

Governing Mayor Franziska Giffey stated, her Senate would probably tighten the Corona rulers again early next week, after the next Corona conference Chancellor Olaf Scholz will hold with the First Ministers from Germany’s federal states on Friday. She said FFP-2 standard masks might become mandatory in public transport and shops. So far, medical masks are required. These include FFP-2 products, but also simple surgical masks which are not quite as safe. According to Senator Gote, a rule of this kind could make a big difference.

Berlin’s Incidence increased substantially yet again. Yesterday, it stood at 286.8. Today, it is 336.3. In part, the rapid increase of the Corona numbers in Berlin or in the entire Federal Republic of Germany has to do with the fact that the Christmas vacations are over in many parts of the country, which means that more reporting is being done and more Corona tests are being conducted, including at schools.

The Omicron mutation is hitting Germany’s states in different intensities. North Rhine-Westphalia and Bavaria have many confirmed cases, but so do the three north-western states. In the past weeks, Bremen looked good, in comparison. Now, the tiny state has an Incidence of 620.9. In Germany, only Dithmarschen county in Schleswig-Holstein has a higher Incidence right now. Here, it just reached 656.7. At this stage, Hamburg has about 10 percent of all confirmed Omicron cases in the country, but only a bit more than 2 percent of its population.

Health Minister Karl Lauterbach just told the ‘Redaktionsnetzwerk Deutschland’, stricter rules would be necessary. The “heavy wave” that was coming in needed to be confronted. Lauterbach said he would suggest some measures at Friday’s Corona conference, which he will be part of as well. Again, he asked unvaccinated persons to get vaccinated now. Even a first shot would give them “an important protection effect”.