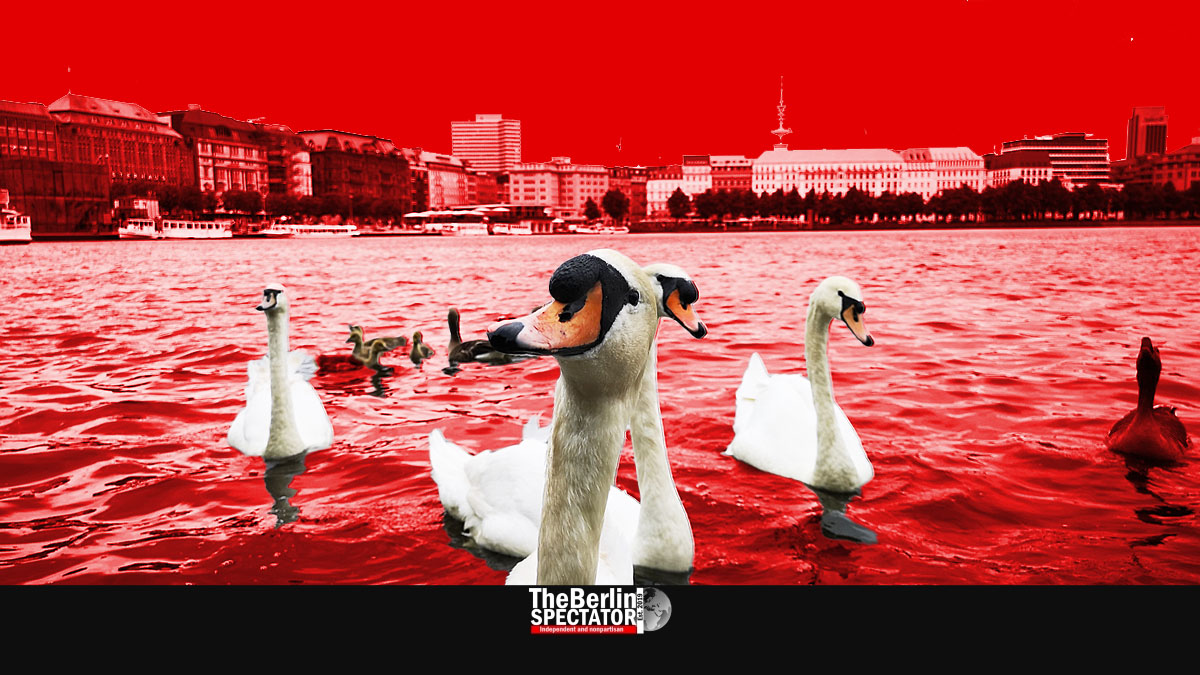 While Germany’s Incidence just hit another all-time high, the government’s Corona Expert Council is expecting the infection situation to worsen. The nineteen members believe stricter anti-Corona measures need to be prepared, in case things turn south at the hospitals.

Berlin, January 23rd, 2022 (The Berlin Spectator) — Two years into the Corona pandemic, Hamburg became the federal state with the highest Seven Day Incidence on Sunday. Most of the time, the city state and its neighbors up there in the north-western part of Germany had been doing relatively well in comparison. But the Omicron wave hit Hamburg hard. Its Incidence level is now 1,552.9.

In spite of this serious situation, some 3,000 conspiracy theorists took to the streets in Hamburg’s Barmbek borough on Saturday, 1,500 more rallied around the Mundsburg ‘U-Bahn’ station. They protested against the government’s measures that are supposed to protect them, and against the mandatory vaccination law which is being discussed in Berlin. Apart from Hamburg, there are three more states with four-digit Incidences all of which start with a ‘B’. They are Berlin (1,483.8), Bremen (1,256.7) and Brandenburg (1,076.1).

On the list of cities, counties and Berlin boroughs, seventy-eight have Seven Day Incidence levels between 1,000 and 2,000. Berlin’s ‘Mitte’ district sticks out with an unbelievable Incidence of 2,845.8. In spite of those extremely high numbers, hospitalizations in Germany are increasing at a slow pace only. The other bit of good news is the fact that more than half of all Germans have received booster vaccinations by now.

But the federal government’s Corona Expert Council believes the booster immunization campaign has to be intensified. Its members also say the hospitalization rate needed to be a lot lower than it had been when the Delta variant had dominated Germany, in order to compensate for the high number of new infections in the ongoing Omicron wave. The Council also said “the highly dynamic infection situation requires a retention and strict implementation of the available measures”.

On top of those measures, the Expert Council wants the government to prepare stricter Corona rules in case the hospitalizations reach critical levels. Those measures needed to be ready to be put in place at a moment’s notice, the experts are convinced. Omicron needed to be slowed down in order to protect Germany’s health system. Local Incidences at levels of several thousand could be registered soon, according to the Corona Expert Council.

At the Bundestag, MPs of the three parties that are part of Chancellor Olaf Scholz’ government coalition are preparing a draft law for mandatory vaccinations. According to German-language media it is supposed to be limited to one to two years and apply to all adults from 18 years of age. In case it passes the parliament, the law is supposed to be enforced with fines violators have to pay.

In the meantime, Health Minister Karl Lauterbach announced a new, “more creative” advertising campaign for Corona vaccinations. He told the ‘Bild am Sonntag’ weekly, it would start on Tuesday and include billboard ads as well as radio and TV spots. The people needed to be reached, Lauterbach stated. This was about advertising first vaccination shots which lowered the risk of death, but also booster immunizations because they helped against the Omicron wave. The Minister mainly wants to reach elderly people, families, young men in the countryside and people with immigrant backgrounds. The ads will be published and aired in several languages.