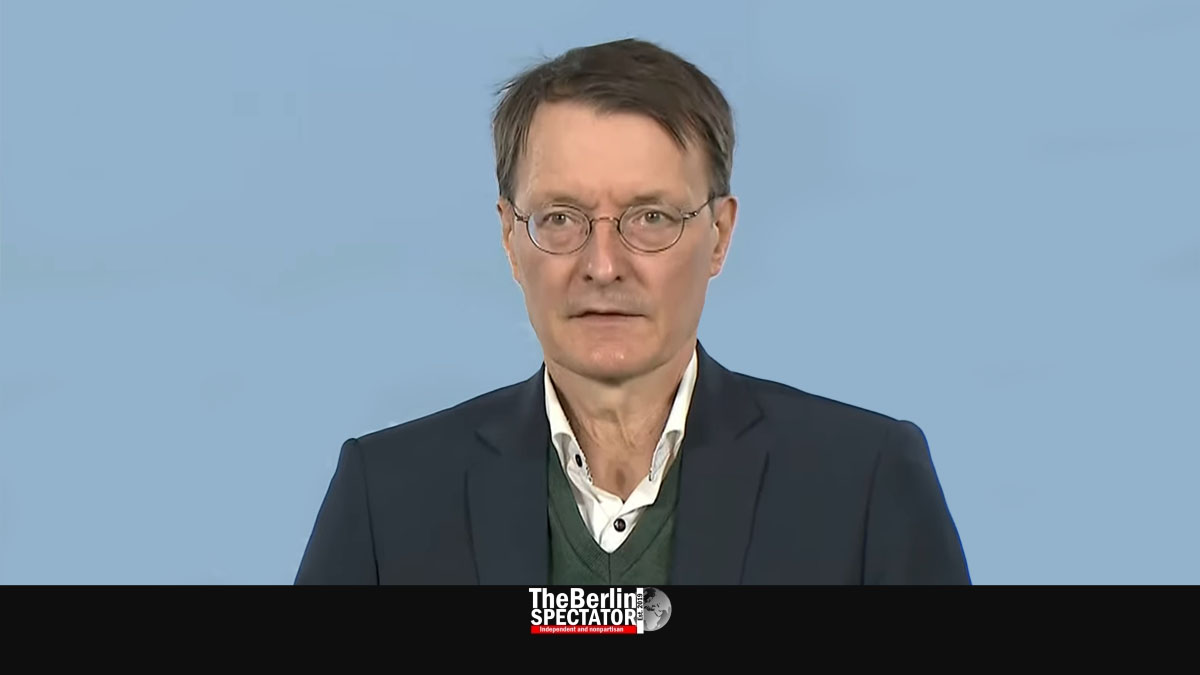 In regard to the Corona pandemic, many Germans are expecting a worriless spring and summer. But the latest numbers show that another difficult phase might be commencing. Karl Lauterbach believes getting rid of all anti-Corona measures now would be wrong.

Berlin, March 12th, 2022 (The Berlin Spectator) — According to Karl Lauterbach, the Corona situation in Germany is a lot worse than the sentiment. The Health Minister stressed it should not be underestimated. It was wrong to throw all protective measures overboard, he stated. The problem is that the infection numbers are on the rise yet again.

Lauterbach called the situation critical. The notion that the Omicron variant was milder was not entirely accurate. It could be lethal, the Minister said in Berlin. Unvaccinated persons could be affected, but also those who had received their shots. They could experience severe disease progressions and long-term effects. “We cannot be satisfied with a situation in which 200 to 250 people die every day”, he told the press. There needed to be a reaction to the rising numbers.

Professor Lauterbach said the new Infection Protection Act the government was working on included measures that could be implemented in Corona hotspots. The latter could be regions, cities or large areas including entire federal states. The law amendment is supposed to be voted on at the Berlin Bundestag as soon as next week.

Lothar Wieler, the President of Germany’s Robert Koch Institute, said too many people were dying of COVID-19. About half of all hospitalized Corona patients were older than 70. In part, this was an effect of the easing of anti-Corona measures in many parts of Germany and people’s reckless behavior. Professor Wieler said people could influence the infection situation, for instance by getting vaccinated. At this stage, experts are worried about the spread of the Omicron subtype BA.2 which is believed to be causing the rising Corona infection numbers right now.

More than 237,000 new Corona infections were registered in the past 24 hours. Germany’s Seven Day Incidence increased substantially since yesterday, from 1,439.0 to 1,496.0. There have been 249 Corona-related deaths in the same time period. Thirteen out of 16 federal states have four-digit Incidences. Mecklenburg-Hither Pomerania is above 2,000. Berlin’s Incidence just jumped to 776.0 from 727.5, which was the level it had registered on Friday.

Extremely high Seven Day Incidences were reported for more and more German counties. In Schwarzwald-Barr, a county in Baden-Württemberg, Hassberge (German spelling: Haßberge) in Bavaria and Eichsfeld in Thuringia, they are above 3,000.

Germany: The Right Attitude in the Wrong Frankfurt

Berlin: Number of War Refugees from Ukraine Rises Rapidly, Every Day is a Challenge