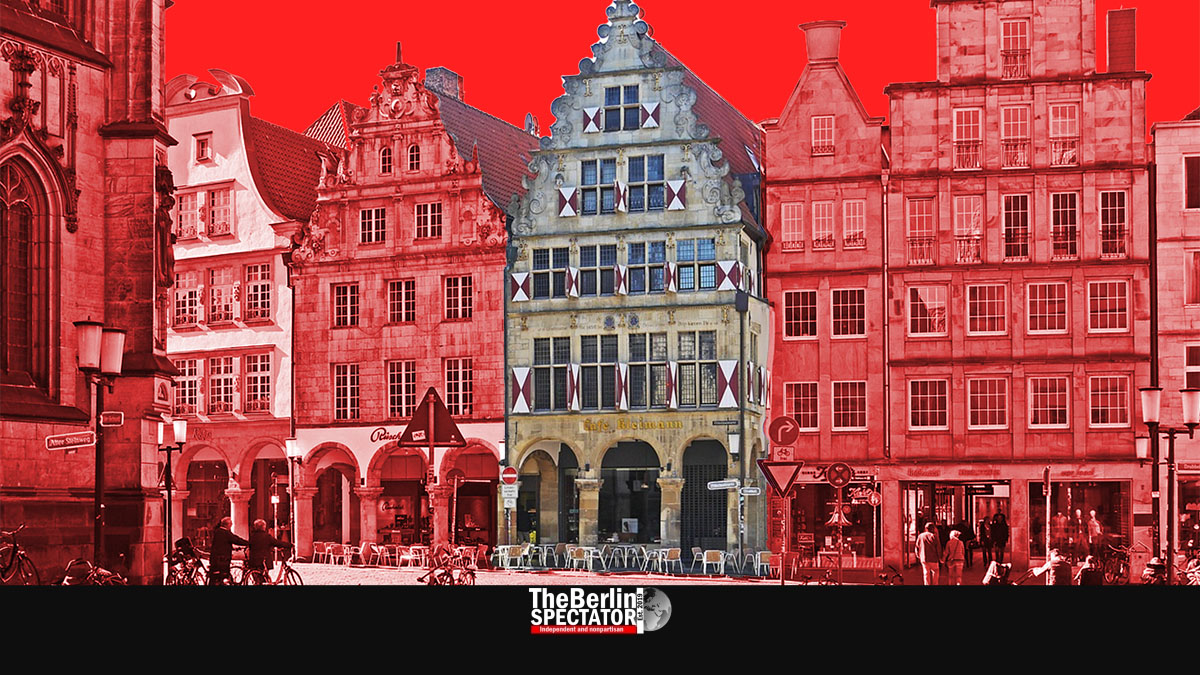 On Thursday, Germany’s Robert Koch Institute (RKI) reported the highest number of new Coronavirus infections of all time. Within the past 24 hours, there have have been more than 318,000 of them. A week ago, the number of new cases had already been catastrophic, but the latest one is at lot higher.

Berlin, March 24th, 2022 (The Berlin Spectator) — German cities like Bonn, Münster, Karlsruhe or Mannheim have populations of 305,000 to 318,000 people. Today’s number of new Corona infections is just as big. It is like an entire city is being infected every day. These kinds of numbers should not be taken lightly, even though Omicron, the latest dominating mutation of the Coronavirus, does not affect most people as badly as the Delta variant did in many cases.

With 1,752.0, Germany’s Seven Day Incidence has reached yet another all-time high as well. Nobody wants to hear the word Corona anymore, nobody really wants to know about those numbers, nobody likes the word Incidence. The Corona pandemic is annoying, but also dangerous, especially to unvaccinated persons of whom there are still far too many in the Federal Republic.

The Corona vaccination campaign is hardly making headway anymore. Increasing the vaccination rate by 0.1 percent takes a week at the pace those shots are being administered at right now. On Monday of this week, only 41,000 Germans were vaccinated, on Tuesday 64,000. Just a few months back, up to 1.5 million people were immunized per day. Some 171 million doses of vaccine were injected into people’s veins since December of 2020, which is when the first Corona vaccine became available. The vaccination rate is 75.8 percent right now.

For Mecklenburg-Hither Pomerania, the RKI reported an Incidence of 2,422.5. Bavaria, Saarland, Saxony, Saxony-Anhalt and Thuringia are above 2,000 as well. Twelve out of 412 counties have Incidences above 3,000. Nordhausen in Thuringia has the most alarming one. Here, today’s Incidence level is 3,470.9. The city state of Berlin was in the three-digit club early this week, for one day. Not anymore since it reached a level of 1,061.

What all of this shows is that the numbers are not decreasing, as they were supposed to, but rising. Of course, the Corona situation is affecting the German health system, even at a time at which ‘only’ 2,335 Corona patients are in intensive care. Health Minister Karl Lauterbach told the ‘Neue Osnabrücker Zeitung’ daily, the Federal Republic would have to “adjust the setscrews”. He stated the “efficiency reserves” in the health system would have to be increased along with the government’s grants in this field and the health insurance premiums. In the coming months, he would present “a carefully considered draft law”, Lauterbach announced.

In the meantime, the Verdi union wants the mandatory mask rule in shops to be prolonged. Its representative Stefanie Nutzenberger told the Funke Mediengruppe, a publishing house that owns several newspapers, Verdi was critical about the lifting of the mask rule in this situation with high infection numbers. This was not about revenues, but rather about the protection of customers and employees. Germany just dumped the compulsory mask rule in shops. In most federal states, the new and eased Corona regulations will apply from April 1st, 2nd or 3rd.