Germany Expels Russian Diplomats Because of War Crimes in Bucha 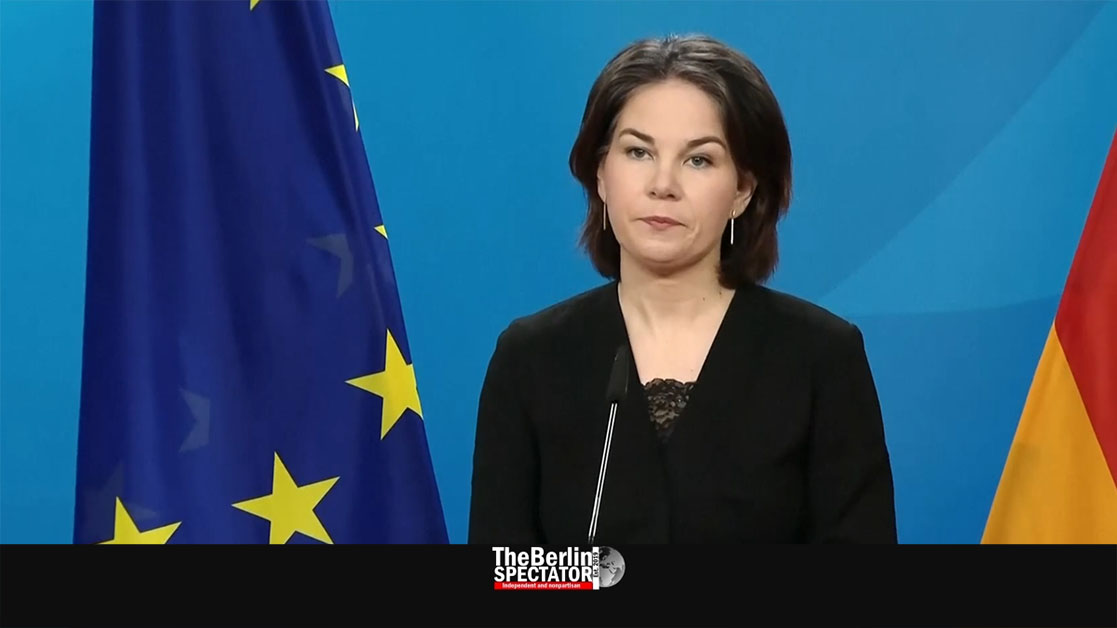 Annalena Baerbock just expelled forty Russian diplomats from the Federal Republic of Germany. They posed a danger to Ukrainian refugees in the country, she said. The Foreign Minister also announced more sanctions against Moscow.

Burgas, Bulgaria, April 5th, 2022 (The Berlin Spectator) — The terrible atrocities committed by Russian soldiers in the Ukrainian city of Bucha near Kiev have consequences for Moscow. The footage from Bucha showed an incredible brutality the Russian leadership and those who followed its propaganda were responsible for, Germany’s Foreign Minister Annalena Baerbock said. According to a statement sent out by her ministry, similar footage has to be feared from many other locations Russian troops are controlling in Ukraine. Mrs. Baerbock accused the Russian military of “a will to annihilate that exceeded all limits.”

She said this cruelty needed to be countered by “the power of our freedom and our humaneness”. It was clear that “we stand up for for our freedom and that we have to be prepared to defend it”. For that reason, Germany’s federal government had decided to declare a significant number of personnel from the Russian Embassy as personas non grata. Every day, they had “worked against our freedom and the cohesion of our society, right here in Germany.”

Annalena Baerbock said the diplomats she was expelling were “a threat against those who were looking for protection” in Germany. The Russian Ambassador had been told that this would no longer be tolerated. Forty diplomats now have five days to pack their suitcases and get lost.

According to the Foreign Minister, Germany is working on more reactions to the war crimes in Bucha with its partners. “We will aggravate the existing sanctions against Russia, increase our support for Ukraine’s armed forces and strengthen NATO’s eastern flank”, she said. Since the Russian war of aggression started, Germany has changed policies it had followed for decades. Berlin started helping the Ukrainian army with weapons and announced a substantial increase in defense spending.

Footage from Bucha, a city the Russian military controlled until a few days ago, shows streets littered with bodies. Countless civilains, including women and children, were obviously murdered there. Since Slobodan Milosevic’s and Radovan Karadzic’s atrocities in Bosnia and Hercegovina and other former Yugoslav republics in the 1990s, Europe has not seen this kind of brutality against helpless civilians.

Failed Attempts to Include Russia

In the meantime, President Frank-Walter Steinmeier, who was Germany’s Foreign Minister some years ago, admitted sticking to the Russian-German North Stream 2 natural gas pipeline project had been a mistake. “We were holding on to bridges the Russians did not believe in and our partners warned us of”, he stated. Steinmeier also said attempts to include Russia in a mutual security structure had failed.