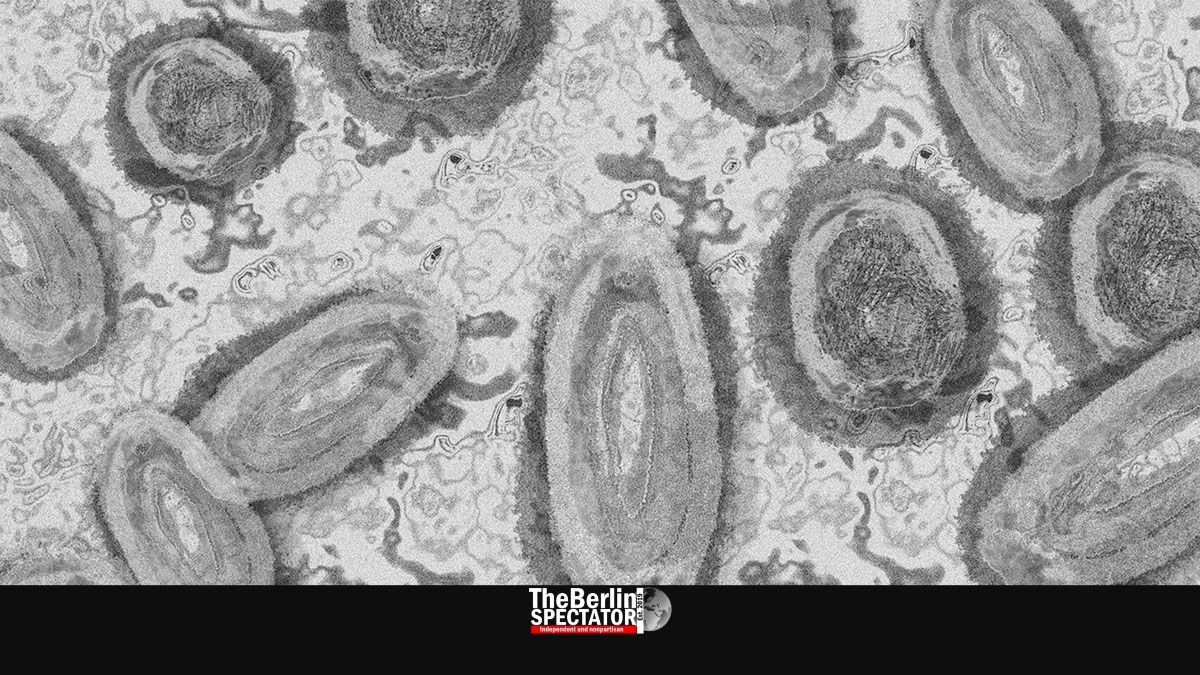 In seven of Germany’s sixteen federal states, the health authorities have identified at least eighteen Monkeypox cases so far. Berlin is affected the most.

Berlin, May 29th, 2022. Update: 12:05 p.m. CEDT (The Berlin Spectator) — The Monkeypox virus is spreading in Germany. It is not comparable to Corona at all, but the European Union and the German government are taking action to curb its spread. So far, infections were registered in Baden-Württemberg, Bavaria, Berlin, Brandenburg, Hesse, North Rhine-Westphalia and Saxony-Anhalt. The authorities are expecting more Monkeypox cases.

The latest case was confirmed in Brandenburg. According to the Health Ministry in Potsdam, the state’s capital, the affected person is a 40-year-old man. He is in isolation in his home, just like persons who were in contact with him. They were found by Potsdam’s local health authority.

Eight Monkeypox cases, 50 percent of all confirmed infections in Germany, were identified in neighboring Berlin, according to a spokeslady of the city state’s Senate administration of Health and Science who was quoted by the RBB radio and TV network. They too are in quarantine. So are their contact persons. North Rhine-Westphalia has six cases.

Earlier this week, Germany’s Health Minister Karl Lauterbach and the Robert Koch Institute recommended a 21-day isolation for infected persons and individuals who were in close contact with them. He said homosexual men were the main risk group. At the same time, Lauterbach stated there should not be any stigmatization. Anyone could be affected by the Monkeypox.

The Monkeypox have not spread from human to human in Europe ever before. Scientists are not sure whether this is a new mutation. But the version that is spreading on the continent, including in Germany, is related to the West African variant. It is less dangerous than the Central African one.

Minister Lauterbach ordered 40,000 doses of Imvanex, a vaccine against Monkeypox. He intends to use it in ‘ring vaccinations’, which means that infected persons and their contacts are supposed to be immunized.

One to three weeks after they got infected, affected patients usually have headache, back pain and temperature as well as swollen lymph nodes. When the temperature recedes, pox appear in the face, on hands, feet, the oral mucosa and the genitals. Once they disappear, they can leave behind scars.

As opposed to Corona, the Monkeypox are not a pandemic, nor will they ever be, scientists are convinced. Since Corona hit Europe in early 2020, more than 26 million Germans and residents of other nationalities have been infected.

Berlin Registers Hundreds of Arson Attacks on Cars Every Year