Berlin Registers Hundreds of Arson Attacks on Cars Every Year 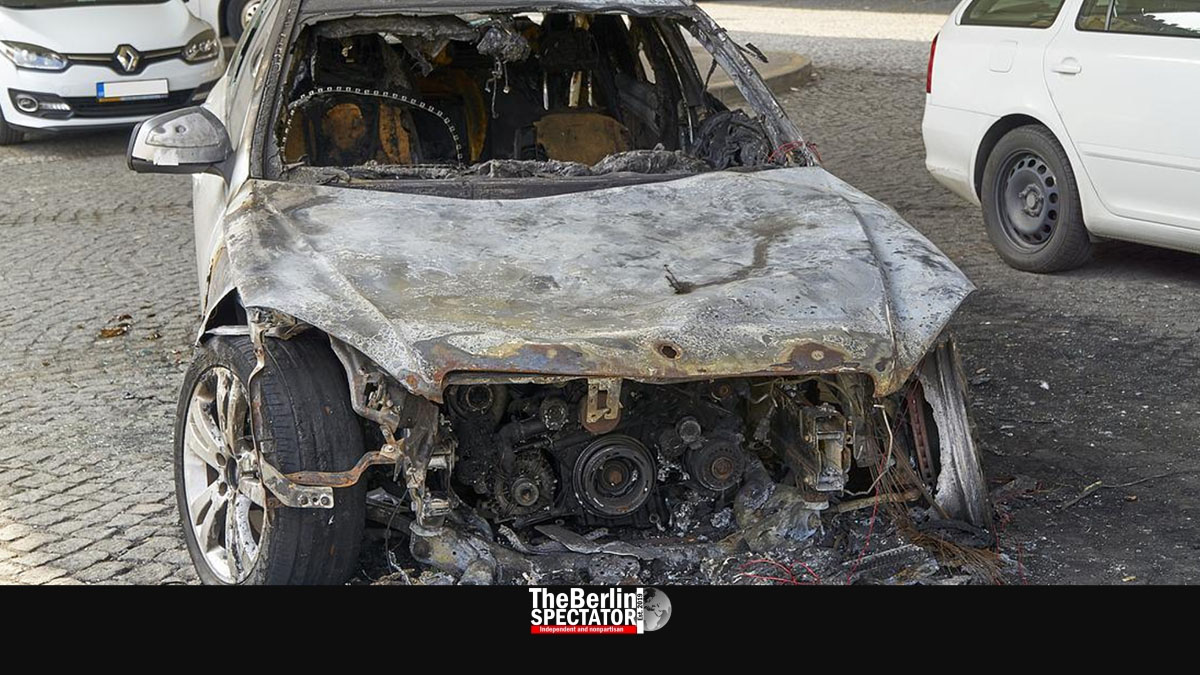 In Berlin, the number of incendiary attacks on parked vehicles is increasing. In some cases, extremists are to blame. Revenge against the owners is another motive. So is frustration.

Berlin, May 28th, 2022 (The Berlin Spectator) — Wednesday of this week was a day like any other. At the Berlin Police Department’s press office, the staff prepared police statements and sent them out. One of them was entitled “Several Cars on Fire at Night”. Hardly anyone in Berlin was alarmed or surprised, because it happens all the time.

In this particular case, three vehicles were set on fire in Berlin’s Kreuzberg, Reinickendorf and Schmargendorf boroughs. At around 11 p.m. on Tuesday, passers-by noticed a burning van in Forckenbeckstrasse and called the Fire Department. At 1:40 a.m. on Wednesday morning, flames engulfed another van in Vierwaldstätter Weg. Here, two more vehicles were damaged in the fire. In Nositzstrasse, a resident noticed flames that were coming out of another vehicle.

These cases would have gotten a lot of attention if they had been the first or the only ones of this kind. But on Thursday and Friday, the officers responsible for press releases at the Berlin Police Department had to write more statements with almost the same content. The same applied every other day since this year began. This has been going on for many years.

The situation is out of control, as the number of arson attacks on cars in Berlin keeps on increasing. In 2010, 215 vehicles were set on fire. By 2021, the number almost doubled to 426. In addition, 281 cars parked next to those vehicles were damaged or destroyed by the flames. In 2020, the first Corona year, 425 cars burned, in 2019, there 363 cases of this kind, after there had been 273 in 2018. Of course, the BPD and the entire city want to know the answer to the big question: Who is responsible?

In Berlin, there are groups of radical environmentalists who hate cars and want to ban most of them from the city center. But, would they set them on fire? Probably not. The investigators believe that left-wing extremists are to blame for only some of the arson attacks. Whenever squatters are thrown out of the buildings they are occupying illegally, the number of those incendiary attacks increases for a while. The same applied when the BPD cleared the ‘Köpi’ trailer camp in October of last year.

But, as it turns out, extremists were to blame for only 78 of the 426 cases in 2021. The police say most arson attacks on cars are being committed by firebugs, lone perpetrators who might be confronted with psychological issues. Because those individuals might have felt even more lonely since the Corona pandemic started in early 2020, they seem to have set even more vehicles on fire.

Left-wing extremists who set cars on fire often intend to protest against the gentrification process in Berlin or against their eviction from occupied buildings, by destroying vehicles that belong to real estate companies or the authorities. On the other hand, there are right-wing radicals who were made responsible for some incendiary attacks. In the latter cases, cars owned by activists who fight right-wing extremism were set on fire a few years ago.

The series of arson attacks on cars in Berlin will probably not end anytime soon. Since the investigations are more than difficult, the percentage of solved cases is low. Politically motivated arson attacks are being taken over by the State Office for the Protection of the Constitution, but often it is hard to tell what the motive was. Hardly any perpetrators are caught in the act. Only once in a while, they face judges. And their motives vary. Recently, a young man was arrested who said he had set cars on fire because he was frustrated about the fact that he did not have a job. The police have also come across incendiary attacks that were acts of revenge against competitors.