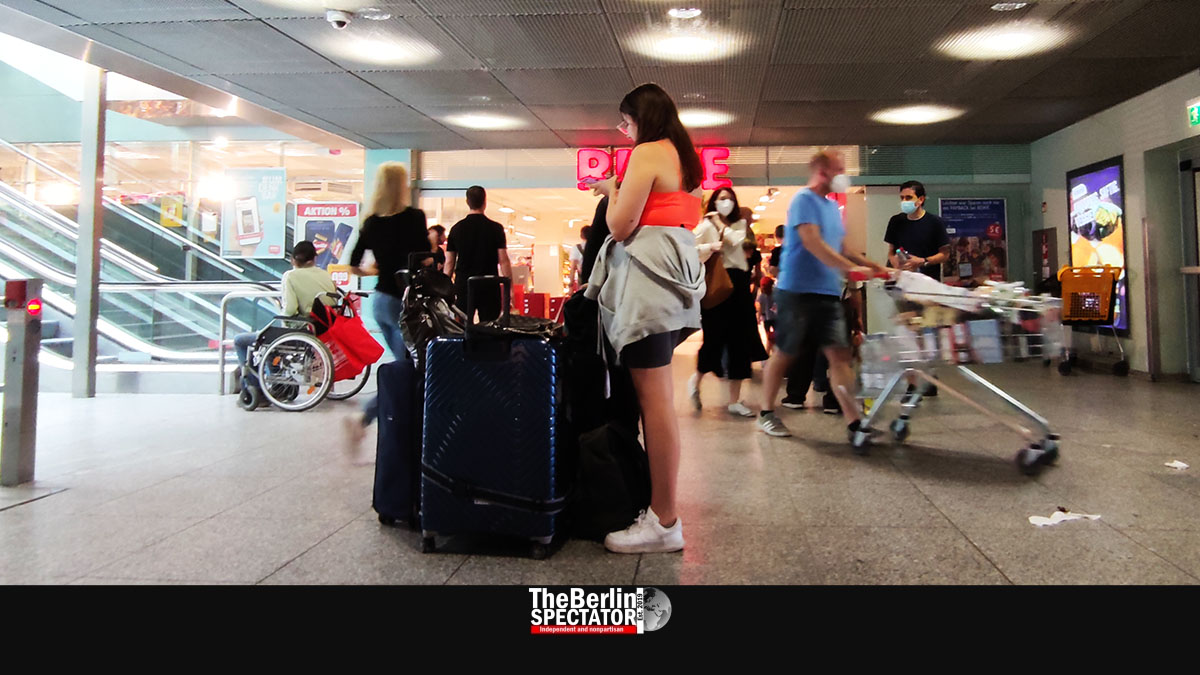 Sundays are rather quiet in Germany. Except for gas stations, bakeries, flower shops and some convenient stores, everything is closed. So, where are we supposed to get the ingredients for our spontaneous pasta dinner? Luckily, Berlin has emergency supermarkets.

Berlin, August 26th, 2022 (The Berlin Spectator) — Imagine this situation: It is Sunday afternoon and your mother-in-law just announced she will come for dinner. Or your Tinder date insists on trying the delicious potato gratin you said you could make. Or your fridge is absolutely empty and you do not know how to fill it since all supermarkets in the entire country are closed. Well, as it turns out, there is a way if you live in Berlin.

One hundred and three years ago, in 1919, Germany introduced something called Sunday rest. Later, this regulation applied in fascist Nazi Germany. In 1957, a similar rule was adopted by the young Federal Republic of Germany. In the 1960s, 70s and 80s, shopping for food was hard for those who worked during the day, because as soon as they were done and on their way home, all supermarkets would close at 6:30 p.m..

On Saturdays, they used to open from 8:00 a.m. to 2:00 p.m.. At some point, an exception to the rule was introduced in West Gerrmany: On the first Saturday of the month, supermarkets were allowed to open until 6:00 p.m.. Wow! Then, in Oktober of 1989, just days before the fall of the Berlin Wall, the country got a ‘Long Thursday’. It gave people the opportunity to shop until 8:30 p.m.. In 1996 and 2003, the shopping hours were extended. Supermarkets had the right to open until 8:00 p.m. from Mondays to Saturdays.

By now, most federal states have their own regulations. Many of them let supermarkets open 24/7, but not on Sundays. Most stores close at 9:00 or 10:00 p.m. anyway. Berlin has a few large supermarkets that open from 8:00 a.m. to midnight. But, whoever insists on shopping for food on Sundays will be disappointed, especially new expatriates who just moved here and tourists who had no clue about this weird regulation before they arrived.

While people in Germany (but also in Austria, Switzerland and Poland) have to plan ahead and buy their chicken wings and ravioli cans on Saturday, contemporaries in most other countries do not have this issue. Going to Safeway in Washington D.C. on a Sunday afternoon, to get marshmellows and cucumbers, is not a problem. In the United Kingdom, shopping for fish & chips or Worcester sauce on Sundays has been allowed since 1984.

Let’s go back to Berlin: If the narrow range of products those ‘Rewe to Go’ and ‘Spar Express’ places at gas stations are not good enough, and if you want more than a bottle of club soda you can get a a ‘Späti’, there are emergency supermarkets you can go to. They do open thanks to special permissions they have. (Note: If you are reading this on a website other than berlinspectator.com or its newsletter, this is copyright infringement.) They include an Edeka shop at Lichtenberg station and another Edeka at Südkreuz station. These two stores open from 6:00 a.m. to 10:00 p.m. every day, including Sundays. Awesome!

But what if you feel the need to consume half a cow with Teriyaki sauce on Sunday at 10:15 p.m.? Head to Ostbahnhof station. Here, you have both a Penny and a Rewe supermarket, located on both sides of a Rossmann drugstore. All of them open on Sundays. This Rewe’s opening hours are from 6:00 a.m. to midnight, every day (!), while this particular Penny works from 7:00 a.m. to 11:00 p.m.. Yes, this includes Sundays, in both cases.

Going there is quite an adventure. First of all, Ostbahnhof station is under construction. So, you are approaching it from the north and you need to find an entrance? Good luck. Secondly, the basement, where those shops are located, is not exactly clean. And it is usually crowded as hell. Last Sunday, in the afternoon, a dozen intoxicated individuals holding beer bottles seemed to be in the middle of a shouting contest. One topless gentleman who spoke Russian had a huge injury on his forehead. He explained he had tripped and fallen right on his head. He did not really care whether people there wanted to hear the story or not.

The stampede down there also included travelers who were pulling their suitcases through the isles. Others looked like party people who needed a few sixpacks. Of course, there were many Berliners and other individuals who purchased tons of food. None of them seemed to be surprised about the long waiting lines at the cash registers or the smell in the hall between the stores. So, you need butter and olives on a Sunday? Or maybe you just want to see this spot and inhale the atmosphere down there, and the scent of freedom and adventure. Whatever it is: Go to Ostbahnhof. See you there.