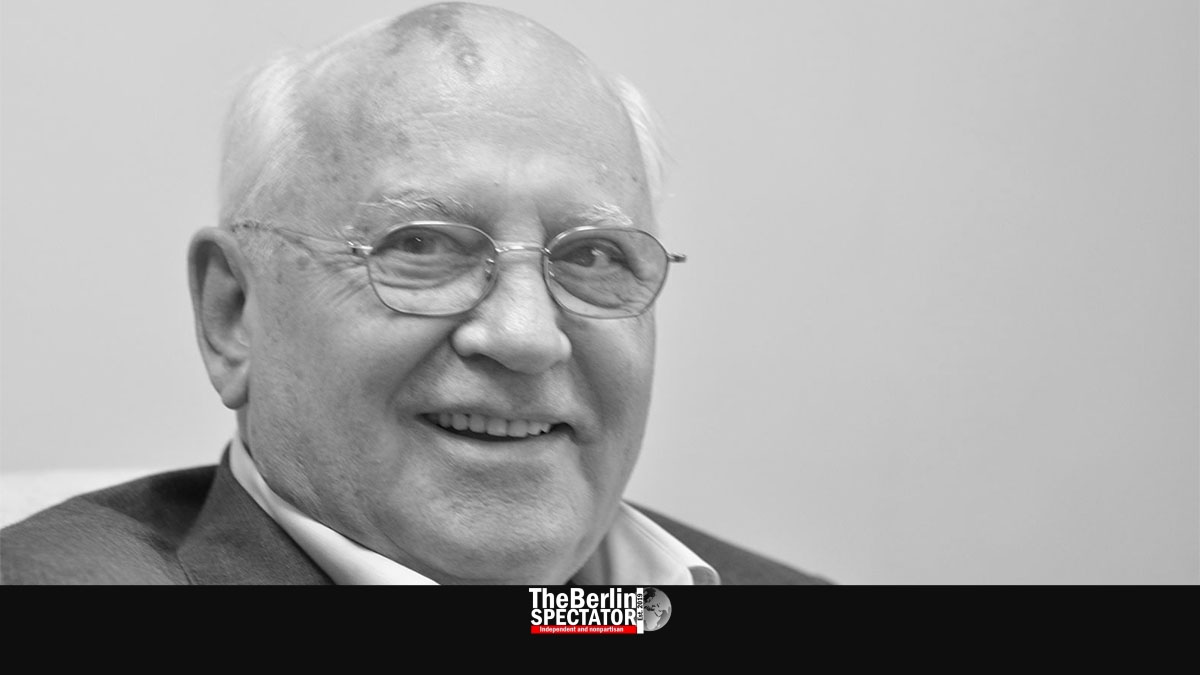 Without Mikhail Gorbachev, Germany’s reunification would not have happened. After the passing of the last President of the Soviet Union, German officials expressed their sympathies to his daughter and thanked him.

Berlin, August 31st, 2022. Update: 3:08 p.m. CEDT (The Berlin Spectator) — Germany’s President Frank-Walter Steinmeier reacted to Mikhail Gorbachev’s death by saying he was “bowing to a great statesman”. Germany would remain connected to him with thankfulness for his crucial contribution to its reunification. There was a lot of respect for Gorbachev because of his courageous steps towards democracy and the bridging between the East and the West.

The Federal President expressed his sympathies to Mikhail Gorbechev’s daughter Irina Virganskaya in a letter to her and said his thoughts also were with his late wife Raissa Gorbecheva. She died twenty years ago.

Chancellor Olaf Scholz said with Gorbachev, a courageous reformer, farsighted politician and statesman had died. His courage for change, his will to transparency and his unyieldingness had defined him. “We Germans have a lot to thank him for”, Scholz stated. “His policy of Perestroyka laid the foundation for the overcoming of the Cold War, the removal of border installations and the reunification of Europe and Germany.”

Scholz said Mikhail Gorbechev had died at a time in which Russia was trenching Europe and trying to set up new borders, a time in which it had attacked Ukraine. In his homeland, Gorbachev had not received the respect and thankfulness due to him, the Chancellor said. Germany bowed to him.

Former Chancellor Angela Merkel said Gorbechev had been a “unique world politician” who had shown that “one single statesman can change the world for the better”. He had fundamentally changed her life as well. This was something she would never forget.

Mikhail Gorbachev is an honorary citizen of Berlin. The city’s Governing Mayor Franziska Giffey stated, the holder of the Nobel Peace Prize had been a remarkable and courageous statesman. His smart policies had essentially contributed to the end of the Cold War and the fall of the Iron Curtain. That way, he had made Germany’s reunification possible. Especially people in former East Germany, but also in all of Germany and Europe, had a lot to thank him for.