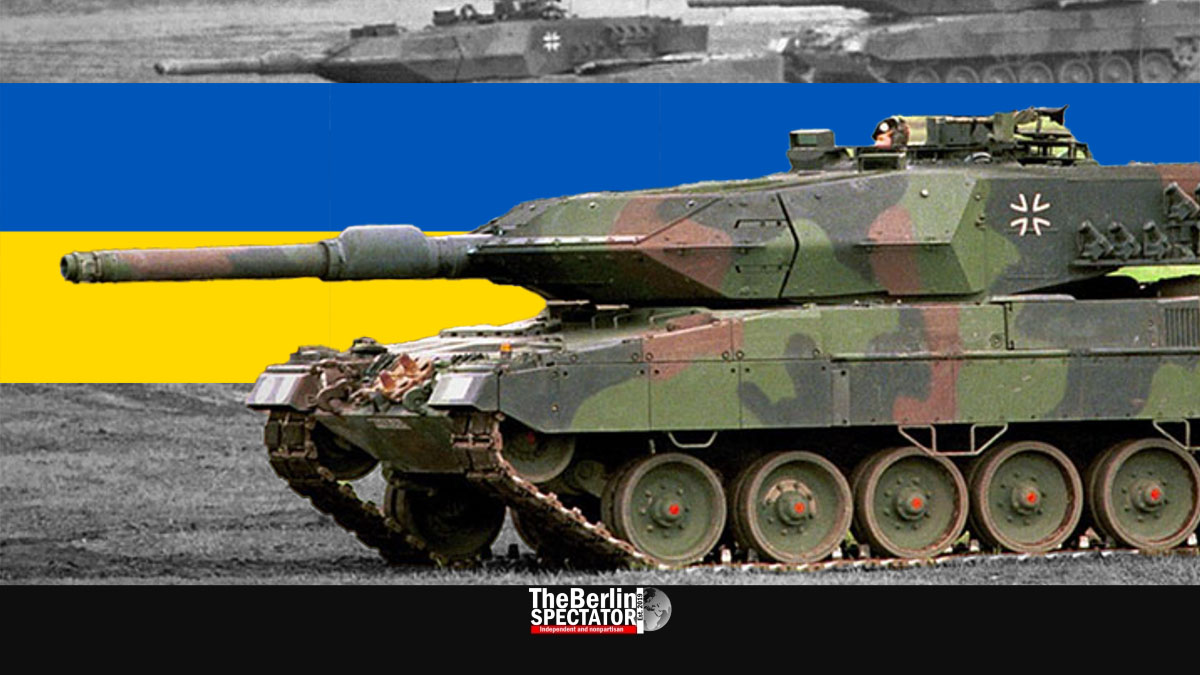 Ukraine is about to receive 40 Soviet-built tanks, thanks to a deal Germany struck with Greece. The Berlin government is killing three birds with one stone.

Berlin, September 17th, 2022 (The Berlin Spectator) — According to the Ministry of Defense in Berlin, a deal with Greece will make sure Ukraine gets more heavy weapons it needs to defend itself against the Russian aggressors. The Greeks will be delivering forty BMP-1 amphibious infantry fighting vehicles made in the former Soviet Union. In return, Greece is supposed to receive 40 German-made Marder infantry combat vehicles.

This deal is supposed to make sure Ukraine quickly receives the weapons it needs for its ongoing offensive against the Russian army. At the same time, it guarantees that no Western-built tanks are delivered. At least for now, Chancellor Olaf Scholz’s government does not want to break this taboo. On top of it all, the Ukrainian soldiers who are about to use those weapons will not need additional training. They reportedly know the BMP-1 very well.

Only a few days ago, the German defense contractor Rheinmetall had announced 16 Marder combat vehicles were available and could be delivered to Ukraine immediately. More than 80 more Marders could be repaired and made available soon. The new deal Berlin struck with Athens might get rid of some of the pressure Olaf Scholz is under.

Ukraine wanted both Marder combat vehicles and Leopard II tanks. Both are German products Scholz is not ready to send. More and more politicians in Berlin want him to agree to these kinds of exports. They include representatives of Scholz’ own party, the SPD, his coalition partner FDP and the conservative opposition party CDU.

The United States of America just announced the delivery of HIMARS missile launchers to Ukraine. As a result, the Russian leadership warned Washington of “crossing the red line”. America would become a “conflict party” if it made long-range missiles available to Ukraine, a statement from the Kremlin read.

Ukraine has already received German-made weapons. They include ten armored howitzers known as the “2000”, twenty-four Gepard anti-aircraft tanks and three Mars missile launchers. But no heavy tanks or Marder combat vehicles are on the list. The public discussion about details of Germany’s weapons deliveries to Ukraine probably does more harm than good. There are those who believe weapons should be sent there secretly.

Original version of photo at top of page by Bundeswehr-Photos (see license), edited