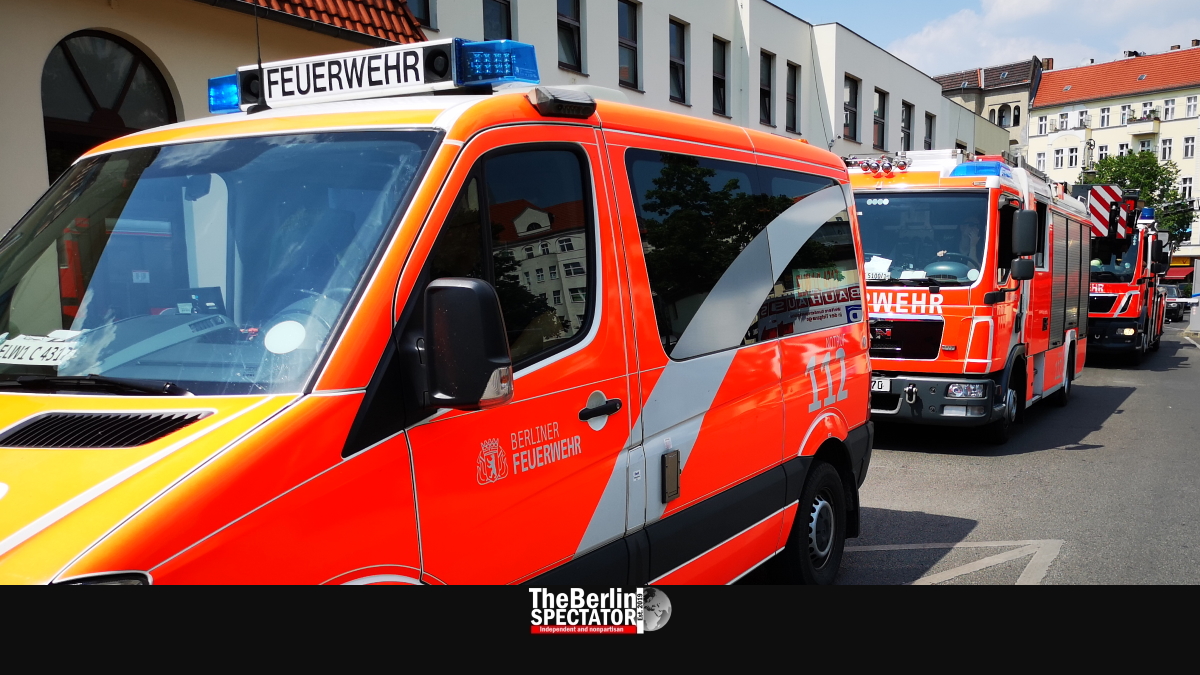 A cyclist sustained life-threatening injuries today when she was run over by a concrete mixer truck in Berlin’s Wilmersdorf borough. The driver was attacked after the accident. Radical activists who blocked a city freeway may have delayed the rescuers who helped the woman.

Berlin, October 31st, 2022. Update: 4:13 p.m. CET (The Berlin Spectator) — On Monday morning, a terrible accident happened on Bundesallee, at the intersection with Spichernstrasse in Wilmersdorf, which is part of Berlin’s Charlottenburg-Wilmersdorf district. At 8:20 a.m., a woman on a bicycle was run over by a heavy mixer truck and injured badly.

The Berlin Fire Department wanted to use one of two special trucks it has to raise the vehicle the victim was stuck under. Because of a protest staged by the radical group Last Generation members of which blocked Autobahn exits yet again today, the truck requested by the helpers on the scene of the accident did not get through quickly enough. Now, the question is whether the protesters are responsible.

This is a complicated question, meaning another aspect is being looked into as well: As a representative of the Berlin Fire Department told the RBB radio and TV network, the motorists on the city motorway in question did not form a rescue lane, even though they were required to do so.

Last Generation sent out a statement saying it could not rule out that the rescue truck was delayed because of the traffic jam it caused. The accident had “shocked” the organization. “We very much hope that the cyclist’s injuries were not aggravated because of the delay”, Last Generation stated. The safety of everyone was the group’s prime directive. A spokeslady for the radical activists said as soon as the German government would take “the first safety measures against the imminent climate collapse” all protest activity would cease.

Because the special vehicle did not get through quickly enough, the Fire Department improvised to rescue the cyclist from below the concrete mixer truck. A rescue helicopter was called in to take her to a hospital. On Monday afternoon, her condition was unknown.

Apparently, the driver who ran over the victim was stabbed by an unknown attacker when he got out of his vehicle to look for the cyclist. He was taken to a hospital as well. The Berlin Police Department is now investigating both the accident and the attack.

This year, seven cyclists have been killed in accidents on the streets of Berlin this year. Many more were injured.