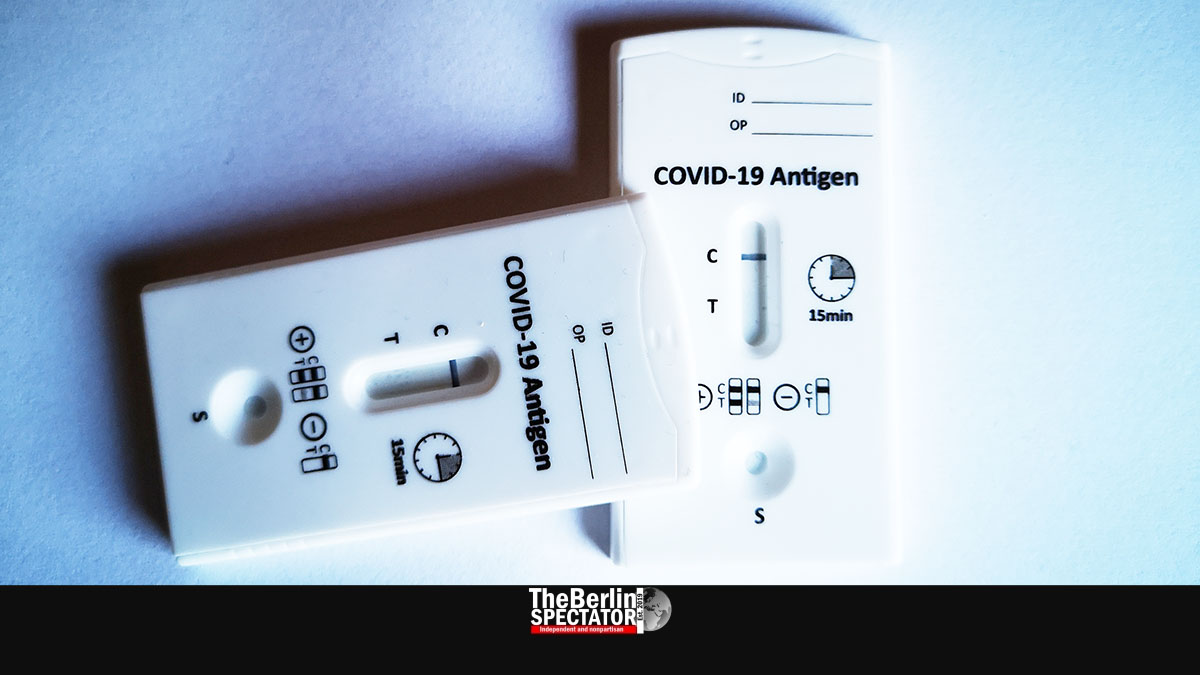 Baden-Württemberg, Bavaria, Hesse and Schleswig-Holstein are about to get rid of the compulsory isolation rule for persons infected with the dangerous Coronavirus. Health Minister Lauterbach criticized the decision.

Berlin, November 12th, 2022 (The Berlin Spectator) — The governments in four of Germany’s sixteen federal states, Baden-Württemberg, Bavaria, Hesse and Schleswig-Holstein, decided to go for a less strict Corona policy. Soon, individuals who are infected with the Coronavirus are supposed to leave their homes and even go to work if they do not have symptoms. According to the Health Ministry in Stuttgart, they will have to adhere to “a limited mandatory mask rule”.

German-language publications quoted Bavaria’s Health Minister Klaus Holetschek who said the new Corona policy would apply from November 16th, 2022, which is next Wednesday. His colleague in Baden-Württemberg, Manne Lucha, stated it was time for more self-reliance. All four Health Ministers from those states believe the step they are about to take is justified because of “decreasing infection numbers, effective vaccines and a ‘base immunity’ in the population.” They also mentioned the fact that most infected persons do not experience severe disease progressions right now.

There will be “strong recommendations” for affected persons though. They are supposed to wear protective masks when they leave their home, except outdoors when a distance of one and a half meters (5 feet) can be kept to other people. And they will have to adhere to one rule: Hospitals, care homes and similar establishments are off limits to them, as visitors.

The approach those four German states just chose is not in line with the Robert Koch Institute’s recommendations. Also, it ignores something the Health Ministers of all federal states had agreed on, namely a uniform Corona approach. Soon, there will be different rules in different states yet again, just like in 2020, when some First Ministers kept on acting against decisions they themselves had agreed to.

Germany’s Health Minister Karl Lauterbach criticized the new Corona policies the state governments in Munich, Stuttgart, Wiesbaden and Kiel announced. “When there are 1,000 Corona deaths per week on the eve of the next winter wave with new Corona variants as well as an increasing number of employees with Long Covid, a suspension of the isolation does not make sense”, he stated. “Employees need protection.”

The approach that was being taken would not be endorsed by the federal government, Professor Lauterbach added. This was not the right moment for a step of this kind, which he called a mistake. There was no medical reason to cancel the mandatory isolation for infected individuals. Workplaces needed to be safe. Pressuring infected people to go to work was wrong.

While the ongoing Corona wave seems to be receding, judging from the decreasing number of new infections per day, there are more and more Corona deaths. This week alone, 1,053 COVID-19 patients lost their lives in Germany. And the week is not over yet.