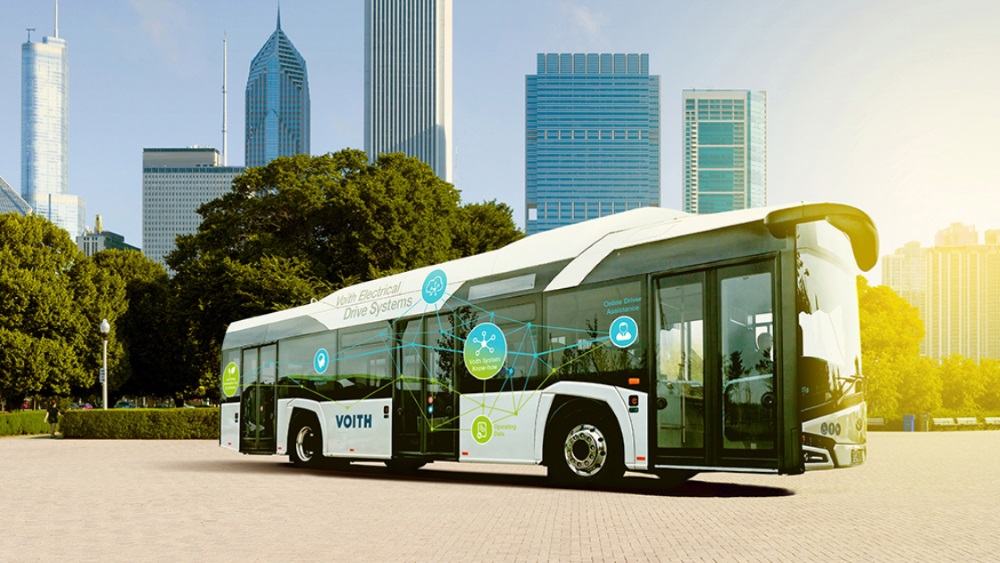 What do we expect from buses? Do we want to be taken from A to B to C and back to A? Sure. Do we want the noise of its engine contribute to the noise level in cities? Of course not. Do we want to inhale its Diesel clouds while walking the streets or riding a bicycle? Hell no.

Regarding buses, the future has actually already arrived. Electric buses could be available everywhere if the cities would only purchase and use them. This means the fact that many municipalities do not seem to have any emission-free buses is not the industry’s fault anymore.

Manufacturers say that the time for experiments and testing is over. They are ready to deliver electric buses which will stand the test of time, and that of daily use. Buses do not need to be pollution-spreading boxes on four wheels anymore. But it will take time until the new generation of buses will make a real difference. According to estimates, 70 percent of all city buses in Germany will be emission-free in 2030.

Some electric buses are already in service on the German island of Sylt, in Hanover, Leipzig and Munich. The two largest cities in Germany, Berlin and Hamburg, say that from 2020, they will purchase electric buses exclusively. Elsewhere in Europe, for instance in London and Paris, similar decisions have been taken by the municipalities.

Electric buses, lots of them, will be exhibited at the IAA Commercial Vehicles (‘IAA Nutzfahrzeuge’) in Hannover in September. This trade fair used to be part of the IAA fair (‘Internationale Automobilausstellung’) in Frankfurt, until the late 1980-s. But then the masses of visitors for the car and the commercial vehicle exhibitions could not be handled anymore, so they separated the two. The next IAA for cars will take place in 2019.

It is safe to say that the IAA Commercial Vehicles is huge. This year, more than 2,000 exhibitors will show their latest fancy products. This is not just about buses, trucks, delivery vans and other vehicles, but also about parts, from headlights to steering wheels. Trailers and even logistics are part of the enormous fair as well.

Because of the nature of this fair, the organizers are expecting two thirds of the visitors to be business people from the commercial vehicles and transport industries. The rest will consist of private citizens who just love anything that moves on wheels.

Visitors will not just be able to stare at the exhibited vehicles from all angles, but they can actually test-drive many of them. You want to crash an electric bus into a wall, in reverse and at full throttle? This is your fair. Just kidding. But the IAA Commercial Vehicles will definitely be exiting anyway.

Another aspect highlighted in Hanover is automated and interconnected mobility. Driving heavy buses and trucks is already safer than it was a decade ago, because of assistance systems built into the vehicles. But what this aspect is concerned, the manufacturers have already shifted into an even higher gear.

Night vision systems, emergency braking assistants, people detection and lane changing assistants are just some of the systems built into modern commercial vehicles. What the future will bring in this regard can be checked out in Hanover as well. These systems do not only save lives, but they also help companies save money.

Large trucks on the German Autobahn will be able to interconnect in the sense that they can form convoys with only a few feet of room between vehicles, while braking and accelerating in bulk. This is basically turning several large trucks into one, at least in a way. Enhancing safety and saving energy are the main advantages. And it is only one of the futuristic ideas which will soon be reality.

A weekday ticket for the IAA Commercial Vehicles, which will take place at the Hanover Fair from September 20th to 27th, 2018, is 22 Euro, a weekend day ticket 13 Euro. Students pay 7 Euro per day. There also are afternoon tickets for 10 Euro and family tickets for 24 Euro during the weekend. More information about the IAA Commercial Vehicles and the tickets available can be found here.

Hillel Neuer: The Advocate of Truth at the U.N.