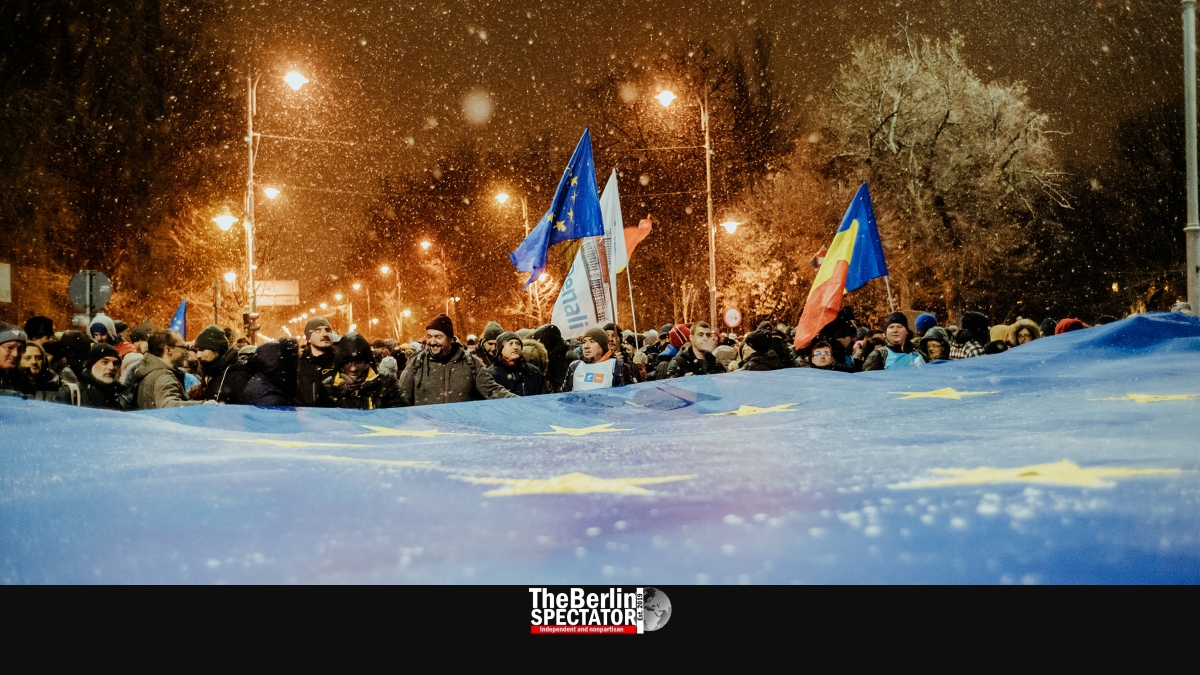 Thousands of Romanians took part in new protests against steps which the Bucharest government calls “justice reforms”. In the capital and other cities, participants held European flags and signs saying “Justice”, “End corruption”, “Revoke the changes and step down”.

These latest protests were triggered by the government’s latest enactment which changed the procedure for nominating prosecutors and gave more power to a judicial authority the leadership wants to establish.

Protesters in Bucharest said Romania’s ruling Social-Democratic Party wanted to control the judiciary. They asked the European Union to step in.

Last week, Brussels had criticized Bucharest’s intrusion into Romania’s justice system harshly. “We are observing the latest developments regarding the constitutionality in Romania with a lot of concern”, an E.U. spokesman had said. “The changes made by the government directly contradict the European Commission’s suggestions.”

Observers believe the latest decrees passed by the government might hamper investigations into corruption cases by undermining the institutions responsible for them.

Romania’s six-month Presidency of the Council of the European Union started in January. For that reason the country is being paid attention to more, by international media and European politicians.

The protests in Bucharest, Cluj-Napoca, Timișoara and other cities were joined by members of a new opposition alliance, which includes the ‘Save Romania Union’ and the PLUS party.

The E.U., Romania’s President Klaus Iohannis and the Romanian protesters believe the latest government decree will block many investigations into corruption in the government. It is not the first time the latter is trying to tamper with justice.

Another row between the government and President Iohannis concerns Justice Minister Tudorel Toader’s intention to dismiss Attorney General Augustin Lazar. While the government accuses him of abuse, because of an internal investigation he is conducting, Iohannis refuses to fire him.

Several members of the ruling party have been sentenced for corruption, including chairman Liviu Dragnea. The protests against corruption in Romania have been going on for more than two years.

Photo at top of page by Alejandro Ilukewitsch