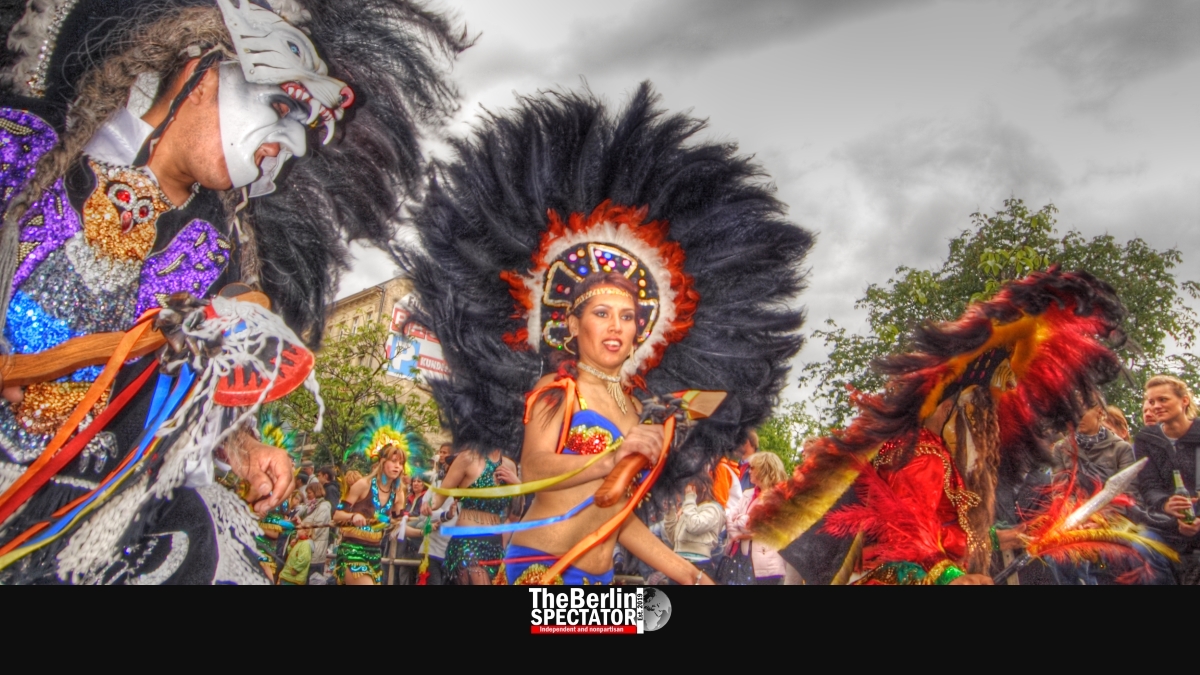 Kreuzberg, a diverse borough within the big melting pot Berlin, is just the right location for the Carnival, and has been all along.

As usual, Berlin’s Carnival of Cultures consists of three elements:

The street fest will feature a lot, including music and other performances at several locations on and around ‘Blücherplatz’. From Greece, the duet Melous will present melodies, while the Woodman Jam, a Rock, Dub, Reggae and HipHop group delivers louder sounds. And those are just two out of dozens of participating bands.

Theater performances will be part of the festival too. The same applies to food from many regions and countries, as well as other surprises.

On Sunday, the big procession will feature dancers, drummers and other artists dressed in all colors of the rainbow. They will present the beauty of the world. Some groups will also convey political messages for sustainability.

The samba school ‘Sapucaiu no Samba’ will head the big procession. Members announced they would introduce nature and culture from the Amazon region and show respect for its natives. ‘Love Korea’ is the second group in the procession. They will present peasant music from their home country, along with dances and other rituals.

A total of 75 groups from all over the world, including Albania, Angola, Brazil, India, Nepal, Nicaragua and Venezuela are part of the big event. Berlin has big communities from those countries, especially from India. More than 4,000 people will be involved in the Carnival’s procession.

A total of one million visitors are expected at the Carnival of Culture in Berlin. The event will be recorded with countless video cameras, for security purposes.