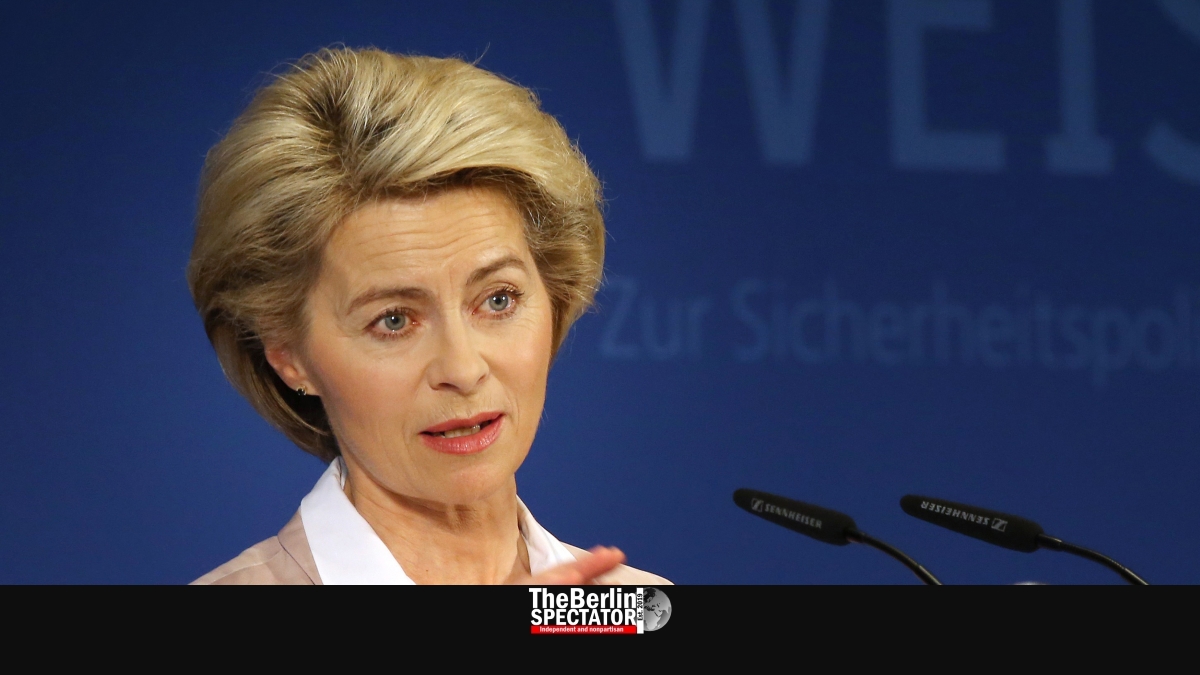 Ursula von der Leyen just became the next President of the E.U. Commission. She is the first woman to assume the highest E.U. post in her birth city of Brussels. Out of 747 members of the European Parliament (MEPs), 383 voted for her, meaning she got nine votes more than she needed to win.

Her predecessor Jean-Claude Juncker from Luxemburg received 422 votes in 2014, when the situation in Europe was still very different. Also he was an official candidate, while von der Leyen was thrown into the race very late without even applying.

The way the E.U. heads of government made her a candidate led to criticism in the European Parliament as well as in the member countries. Manfred Weber, the German conservatives’ official candidate, was not supported by some countries.

Ursula von der Leyen is Minister of Defense in Berlin. Just before the election in Brussels, she announced she would step down from that post on Wednesday, either way. The task as minister had not been easy at all. She was forced to deal with a long list of problems and some scandals.

On November 1st, 2019, von der Leyen will take over the job from Juncker. The doctor and mother of seven, who is part of Chancellor Angela Merkel’s conservative Christian-Democratic Party of Germany (CDU), does have some time to prepare. Observers believe she will need it since she was hastily thrown into the ring.

When the outcome of the vote was announced in Brussels, she smiled and received congratulations from many MEPs, including Greens and Socialists. The latter had recommended voting for von der Leyen. In spite of this aspect, the 16 German members of their caucus voted against her. This lead to angry reactions in Munich and elsewhere.

Yesterday, Ursula von der Leyen had held a speech in front of the European Parliament, in which she called for a united and social Europe. Also she pleaded for a determined fight against climate change.

After her victory today, she thanked the 383 MEPs who voted for her in 24 languages on Twitter. On site, in Brussels, she said she was overwhelmed. It was an honor for her to be elected for the E.U.’s top job. “My work will begin right now”, she told her new colleagues.

One of her predecessors, Manuel Barroso sent her his “most sincere congratulations and very best wishes”. He said he really thought she had “all the qualities of political competence”.

Chancellor Merkel said she would now have a “new partner” in Brussels. Ursula von der Leyen was both a convinced and a convincing European who would meet the challenges with a lot of vigor. Merkel stated she was losing a longtime minister. But now she was looking forward to cooperating with her.

For the Greens in Germany, their leader Annalena Baerbock and Robert Habeck said they wished Ursula von der Leyen “a lot of energy and success.” But they criticized the way she was made E.U. Commission President, saying the process had been so hectic that the content of her speech had not even been prepared properly.

This was “a historic day for Europe”, the CDU’s chairlady Annegret Kramp-Karrenbauer said in Berlin. Not only was Ursula von der Leyen the first woman at the helm of the E.U., but also the first German to have that position in more than 50 years. “We will support her pro-European agenda”, Kramp-Karrenbauer announced.

Just now, more news of the day were announced in Berlin: Annegret Kramp-Karrenbauer will succeed von der Leyen by taking over the German Ministry of Defense.