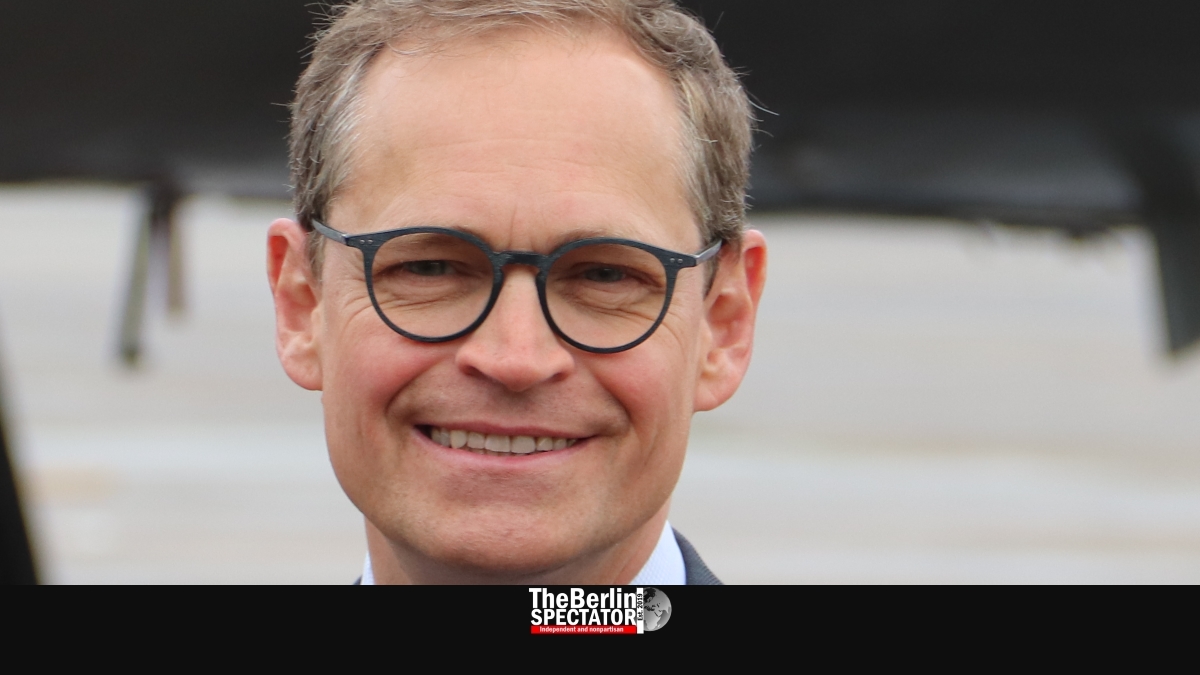 On July 20th, 1944, the most important attempt to overthrow the Nazi regime took place. Claus Schenk Graf von Stauffenberg, an officer in the Wehrmacht, was a central figure in the attempt to kill Adolf Hitler at his ‘Wolfsschanze‘ headquarters 75 years ago today. Berlin’s Governing Mayor Michael Müller and Ralf Wieland, President of the Berlin House of Representatives, shared their thoughts about this day.

The resistance group Graf von Stauffenberg was part of included people with very different backgrounds, including staunch antisemites and war criminals some of whom were responsible for murdering Jews and Gypsies in terrible massacres, but also participants with a clearer conscience, as far as that was possible in the war Nazi Germany terrorized most of Europe with.

For several reasons, the July 20th coup failed. First of all, the group did not manage to kill Hitler. The dictator was lucky, since a massive strut under a massive wooden map table prevented the explosive charge to hit him. Several officers, who were standing around the briefcase with a bomb which Graf von Stauffenberg had placed there, were killed, others injured.

Another reason for the failure was the fact that the resistance group mostly consisting of high-ranking military personnel hesitated too long before deciding whether to go ahead with the other part of the July 20th plot, namely the ‘Operation Valkyrie’. The latter was supposed to lead to the overthrow of the Nazi regime.

Graf von Stauffenberg and several other plotters were caught and shot in the yard of the ‘Bendlerblock’ building in Berlin hours after Hitler survived the bomb explosion. The Nazi regime used the building as its General Army Office. Today it is the Ministry of Defense of the Federal Republic of Germany.

In the same yard of that same building, soldiers of the ‘Bundeswehr’, Germany’s armed forces, took their solemn pledge today. Afterwards, a ceremony in remembrance of the resistance against the Nazis took place. Berlin’s Governing Mayor Michael Müller and Ralf Wieland, the President of the Berlin House of Representatives, were part of it.

Governing Mayor Michael Müller said life in freedom and with respect for human dignity was not self-evident. This was the message which had derived from July 20th, 1944. For that reason, commemorating the assassination attempt against Hitler and the resistance against the Nazi regime was “not backward-looking, but rather profoundly related to our future.”

Müller continued saying “this act and the historic experience connected to the resistance teach us that freedom and human rights need to be hard-won, preserved and defended.” This applied even today, also because “in an unbearable and misguided distortion of the facts, right-wing populists and extremists invoke the resistance of July 20th, because they want to present themselves as resistance fighters against a supposedly unfree state.”

On the eve of the anniversary, Wieland said the resistance groups which had fought against National Socialism had not been homogeneous at all. But all of them had had one goal, namely to get rid of Hitler. “Our society in the Federal Republic of Germany can be proud of all resistance fighters against the Nazi terror”, he said.

“Without them, the vision of a more humane Germany in a free Europe might have remained submerged”, Wieland stated. “Those who fought against Hitler were courageous people, also because they risked their own lives.”