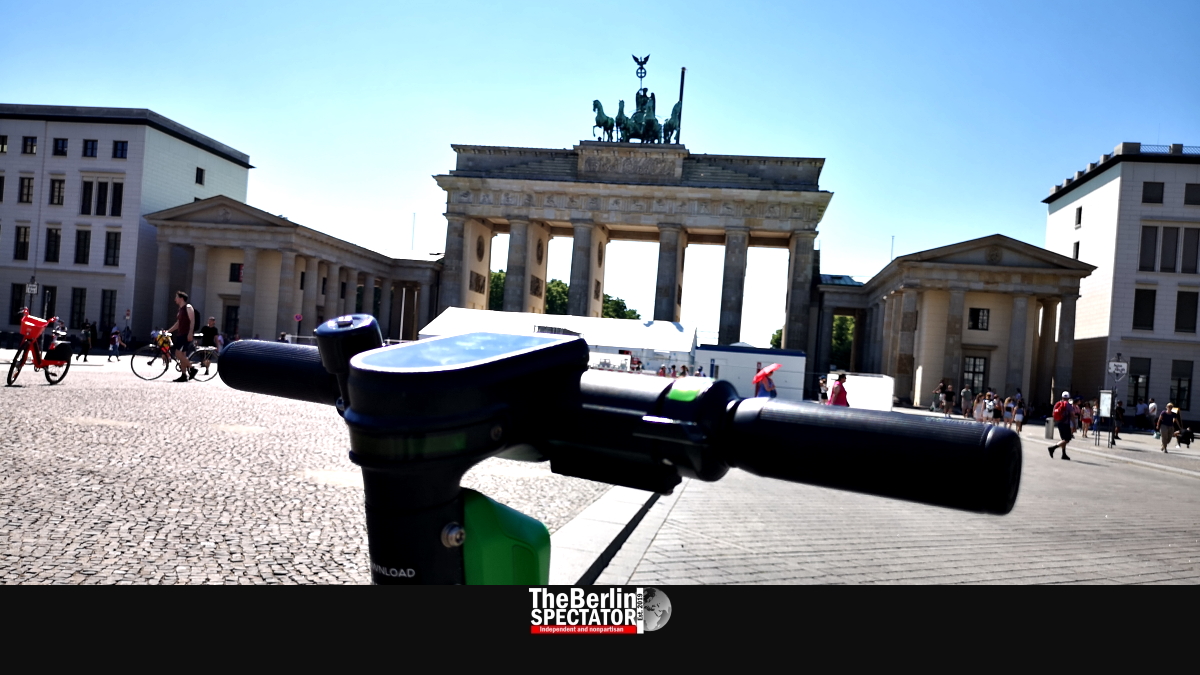 Berlin’s Transportation Senator Regine Günther, the districts, the Police Directorate and e-scooter rental companies are involved in a plan to enforce the rules on the streets of the capital. They came up with several measures which are supposed to end the chaos e-scooter riders are causing.

Since June 15th, 2019, e-scooters can be used in Germany. According to Berlin’s Police Directorate, “the city and residents still need to get used to those vehicles”. A police statement said this applied to both e-scooter users and the other traffic participants.

In Berlin, 38 accidents involving e-scooters have happened since the introduction of those small vehicles. Seven individuals were seriously injured, while 27 sustained light injuries. In 34 out of 38 cases, the e-scooter drivers were to blame for the accidents.

Since those e-scooters appeared on Berlin streets, 30 penal procedures were initiated against drivers who had not insured their privately owned e-scooters and persons who rode them under the influence of a lot of alcohol.

The Police Directorate reminded the residents of Berlin that e-scooters are no toys, but vehicles. Persons who intended to ride one of those scooters needed top acquaint themselves with it first. Also they recommended wearing a helmet, even though the law does not require e-scooter riders to use one.

E-scooters may be ridden by one person, on bike lanes or on the street only. Using a cell phone while riding, or doing so under the influence of alcohol is prohibited. Those who ignore the letter rule might even lose their driver’s license.

Because many residents and tourists just do not adhere to any of these rules, the Police Directorate will now work with e-scooter rental companies. The goal is to integrate the rules into the applications e-scooter riders need to use when they rent one of those vehicles.

This is only one of several steps the Berlin Senate, the districts of the German capital, the police and the rental companies agreed to take, in order to tackle the e-scooter chaos. The participants of a meeting on Wednesday, including Berlin’s Senator of Transportation, Regine Günther, want more safety, especially on sidewalks, where e-scooter riders have been crashing into pedestrians.

“I am glad about the willingness of all participants to apply improvements on the streets of Berlin quickly”, Senator Regine Günther said. “We will make sure sidewalks will continue to be protected areas for pedestrians.” The Senator said she world continue to monitor the situation and work on changing national laws and rules, if necessary.