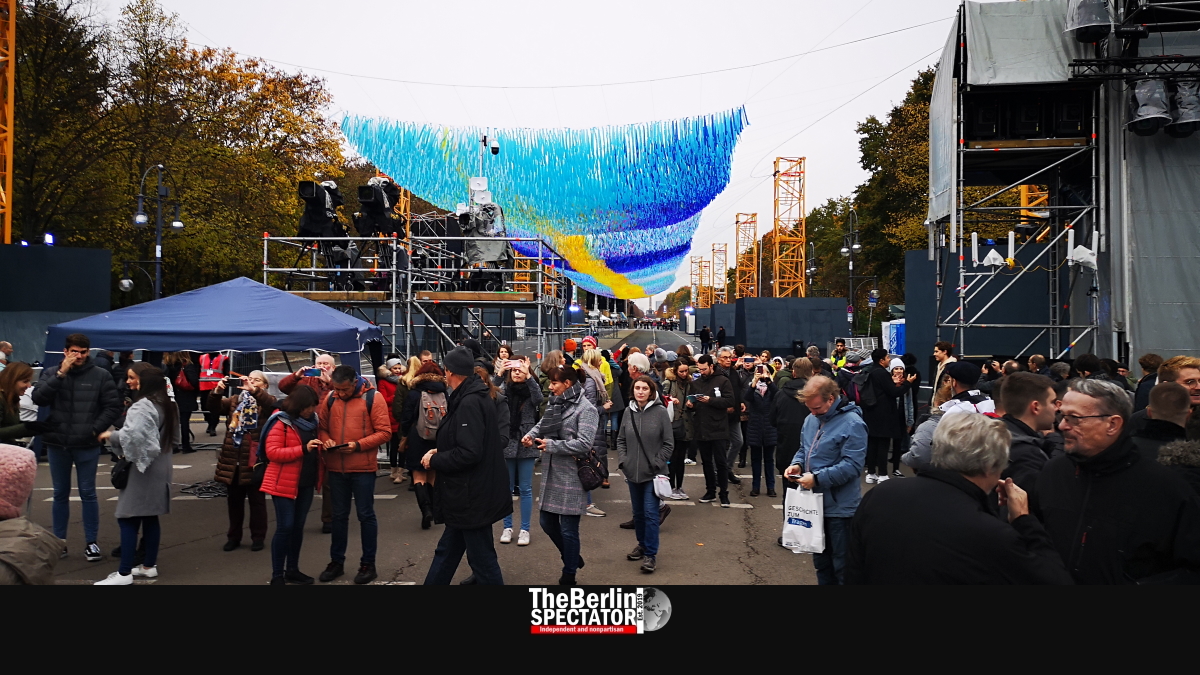 Just before the actual fall of the Wall anniversary, Berlin was quite busy, in many ways. Around Brandenburg Gate, traffic was intense. So was the entire day.

Berlin is like a planet with a moon. The planet is the vibrant city itself. It is being circled by the federal government and the Bundestag. Today, there was a lot going on both celestial bodies.

In the morning, U.S. Secretary of State Mike Pompeo started his talks with Defense Minister Annegret Kramp-Karrenbauer, while the Berlin Bundestag discussed the events of thirty years ago, when the Berlin Wall fell. A bit later, Pompeo went to the New Synagogue in order to talk to representatives of the community, including Holocaust survivors. At the same time, the Berlin House of Representatives celebrated the fall of the Wall.

November 9th does not only mark the fall of the Wall in 1989, but also the Night of Broken Glass in 1938 during which the Nazis murdered Jews, burned down synagogues and destroyed Jewish businesses all over the country, including in Berlin.

At the Jewish Congregation center in Charlottenburg, the victims were commemorated in the early afternoon. Germany’s President Frank-Walter Steinmeier, Berlin’s Governing Mayor Michael Müller, the Israeli Ambassador in Germany, Jeremy Issacharoff and many others took part.

Later, Secretary Pompeo talked to Angela Merkel about the numerous issues in several parts of the world and the differences between the Trump Administration and Berlin. Just a few steps from the Chancellery, around Brandenburg Gate, preparations for the big day were in full swing.

Steinmeier and Müller will be there, along with tens of thousands of Berliners and visitors, when the 30th anniversary of the Berlin Wall is being celebrated on Friday. The official event commences in the early evening. Apart from speeches, several artists will populate the two enormous stages in front of the Gate.

The Staatskapelle Berlin orchestra will perform Beethoven’s 5th symphony. There will also be bands and ‘Westbam’, a prominent DJ. A good light show and stunning sights are to be expected, also thanks to the American artist Patrick Shearn who created the installation ‘Visions in Motion’.

Because of the preparation around Brandenburg Gate and the concerts which took place today, a day ahead of the actual anniversary, traffic in the area was rather chaotic. Buses on line 100 could hardly move. Neither could anyone else.

One thing is certain: The anniversary festivities will be impressive, they are important and more than legitimate. At the same time there are Berliners who are looking forward to the moment normality kicks in again.