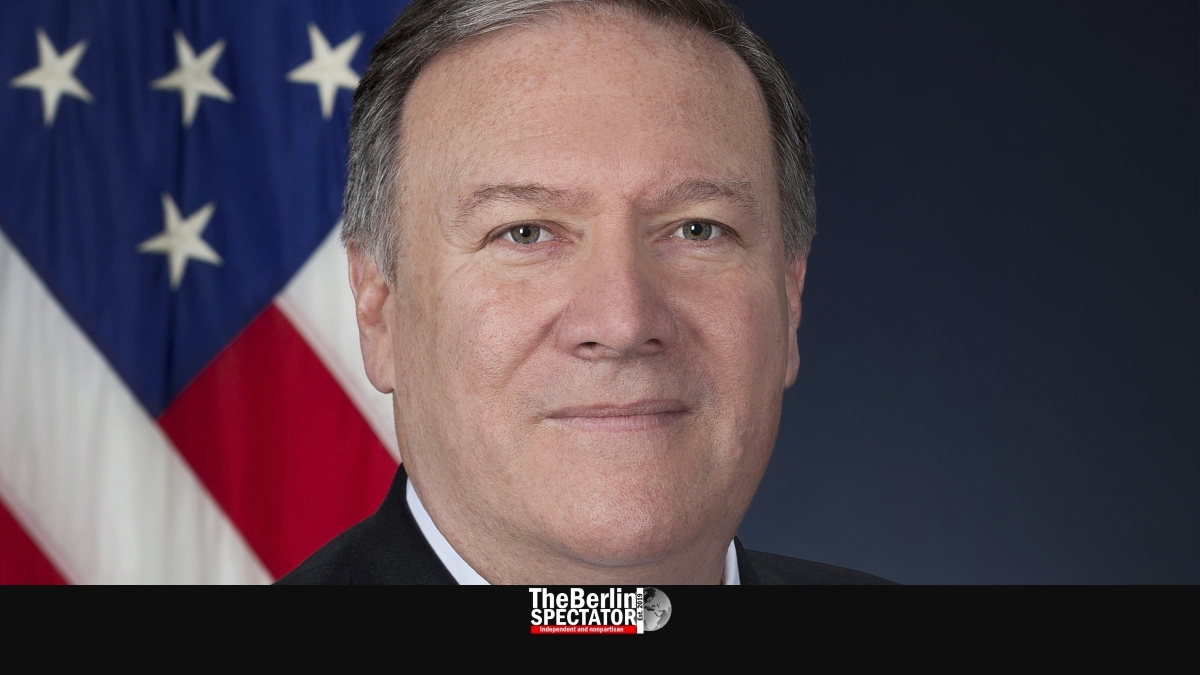 After rediscovering his past as a G.I. who was stationed in Germany during the Cold War, Secretary of State Mike Pompeo is now in Berlin for the more official part of his visit. To the U.S., Germany has become a difficult partner.

Officially, they will “talk about the security policy and transatlantic questions”. Back then, when 1 plus 1 still equaled 2, there had always been talk about “transatlantic relations”. Today, the latter do not really deserve that expression anymore, it seems.

From Washington’s perspective, there is a long list of problems:

Pompeo and Maas Agree on NATO

On top of it all, President Donald Trump’s approach to almost anything, including climate change and imports, and his politics style, are not exactly helping the relations. Trump’s people, including Pompeo, definitely know this is the case.

On Thursday, Pompeo had spoken to U.S. soldiers in Bavaria. He also visited the formerly divided village of Mödlareuth. In Leipzig, he spoke to his German colleague Heiko Maas. There was even one thing they agreed on, namely NATO’s importance in regard to security, even 30 years after the fall of the Berlin Wall.

In spite of all the issues, and even though Heiko Maas had not specifically mentioned the role the United States played in Germany’s reunification in a speech he held earlier this week, Pompeo was being as diplomatic as possible on Thursday, by saying Germany had been a “great partner in supporting our efforts to attempt to denuclearize North Korea.” He also mentioned the fight for democracy in Venezuela, in which Germany had been on America’s side.