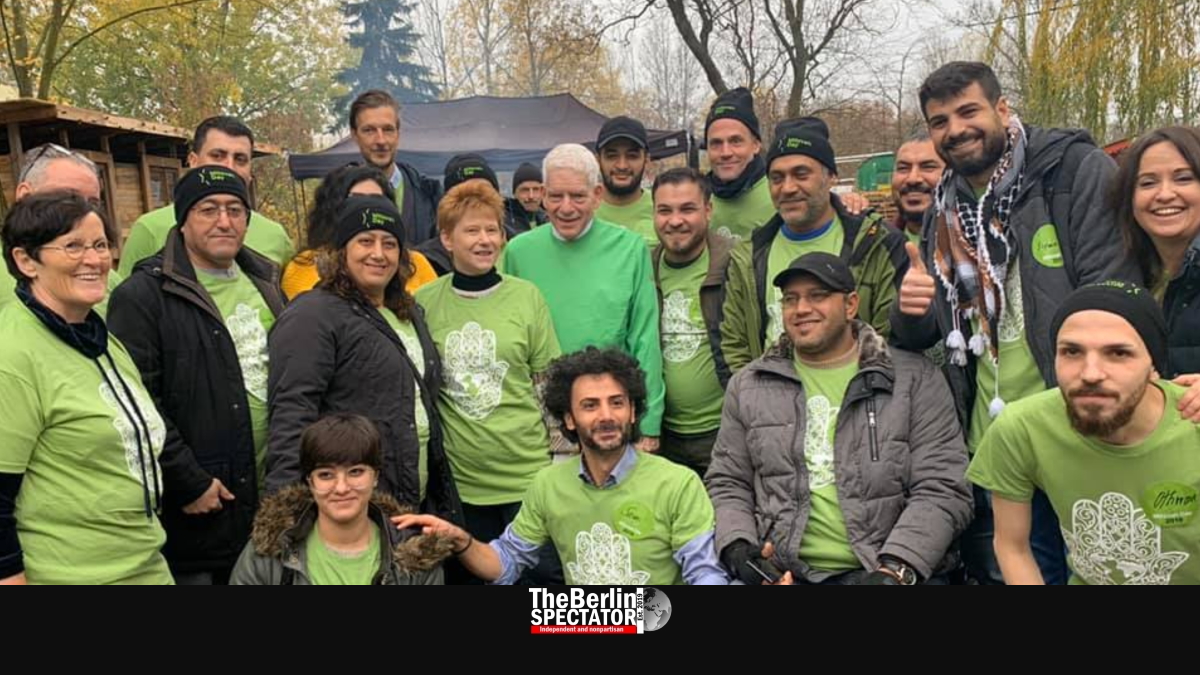 On the Jewish Mitzvah holiday, which is the day of good deeds, German Jews joined Muslim migrants from Iraq and Syria on Sunday to improve a playground in Berlin’s ‘Marzahn’ district. All over the country, 3000 people observed Mitzvah Day.

Josef Schuster, the President of the Central Council of Jews in Germany, teamed up with other Berlin Jews and refugees from Iraq and Syria today. Together, the volunteers prepared a playground in ‘Marzahn’, in the north-east of Berlin, for the upcoming winter. Also they built a clay oven there. Petra Pau, one of the Vice Presidents of the Berlin Bundestag, was part of the activity as well.

The activity was organized in cooperation with the ‘Wicke’ initiative and the organization ‘R-Future-TV’. The latter project, which is part of the German association ‘Demokratielotsen’, produces videos which explain German values and rules. Migrants are included in the production process in this award-winning project.

After the activities in ‘Marzahn’, Josef Schuster said he was glad about the commitment of the Jewish community for civil society. It was a mark of confidence. Mitzvah Day had proved that little encounters could have a big impact.

Schuster said he was moved by the way this year’s project at the playground had been worked on with Iraqis and Syrians he and other participants had met four years ago, on Mitzvah Day 2015, at an emergency shelter in Berlin. Now they had wanted to become active for others too.

For R-Future TV, Thamer Al-Dulaimi said, in 2015, “when most of us had just arrived in Germany, Jews came to our shelter. They extended their hands to us, people from countries in which antisemitism is state doctrine. They ate and celebrated with us on Mitzvah Day.” Al-Dulami stated his organization had participated today, “hoping the idea of humaneness and help, and of rejecting any form of exclusion or hatred, will prevail in our own community too.”

According to the Central Council, 3000 Jews participated in Mitzvah Day all over Germany today. There had been 130 social activities in 45 cities and towns, a statement read. Within the community, the desire to help was big. Today’s activities included help for the elderly, for handicapped people and others who needed support.

The Central Council of Jews, which represents the small Jewish community in Germany, with about 100,000 members, coordinates Mitzvah Day for Jewish congregations and groups all over Germany every year.

In ‘Marzahn’, the words ‘Schalom Aleikum’ were engraved into the new clay oven today. They are a mixture of greetings in Arabic and Hebrew. Also they are the title of a new Jewish-Muslim dialog project the Central Council is working on.