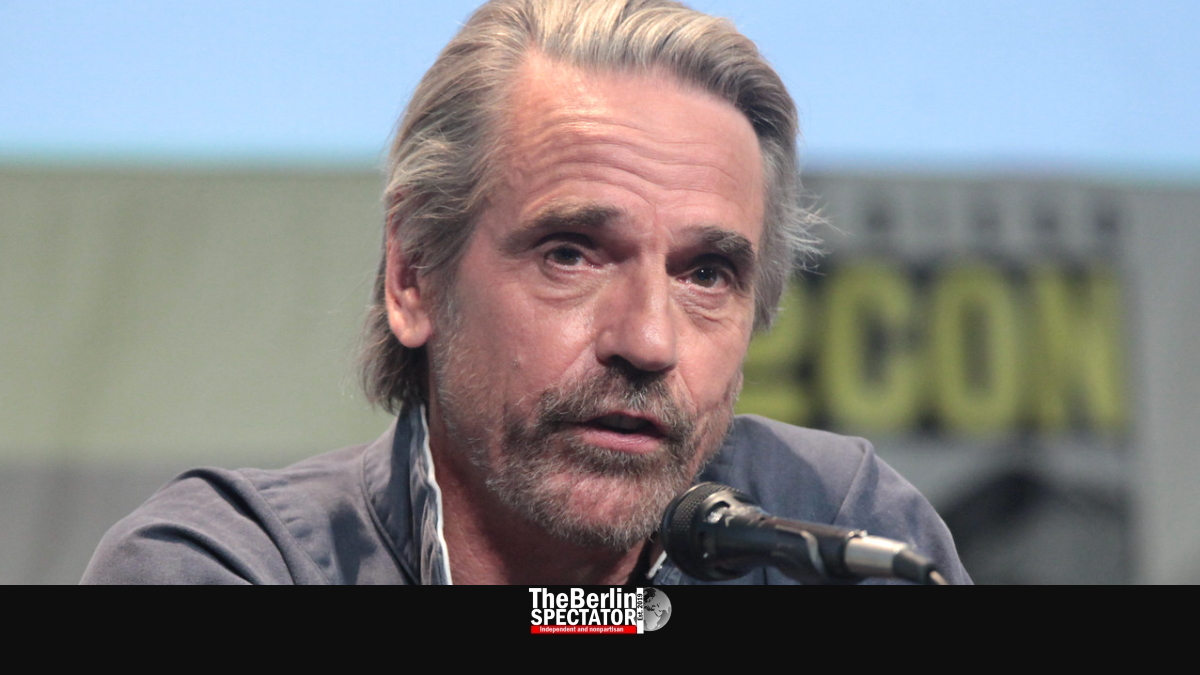 None other than actor Jeremy Irons will be Jury President at the Berlinale in Berlin, meaning he will be directly involved in the distribution of Golden Bears.

There is only Jeremy Irons. That’s for sure. The theater and movie actor has nailed every role he was given, whether it was the villain in ‘Die Hard’, the man who falls in love with a teenager in ‘Lolita’ or the reckless CEO in ‘Margin Call’. Irons’ way of acting is unique, fascinating and convincing.

No wonder he has almost been drowned in awards. For his work in ‘Reversal of Fortune’, he got an Academy Award as ‘Best Actor’. On top of that, he was given as many as 25 other awards, including three Golden Globes, the Screen Actors Guild Award and many more. Jeremy Irons will probably prove to be be as good at giving out awards as he is receiving them.

The man does not only act, he does not only put awards into his shelf, but he definitely has an eye for performances and motion pictures in general. He is a great choice as Jury President. No complaints here. The Berlinale’s festival management said it was proud to have him take over this role.

“With his distinctive style Jeremy Irons has embodied some iconic characters that have accompanied me throughout my journey in cinema”, the festival’s new Artistic Director Carlo Chatrian said. Jeremy Irons had made him aware of the complexity of human beings. “His talent and the choices he has taken both as an artist and as a citizen make me feel proud to welcome him as president of the Jury for the 70th edition of the Berlinale,” Chatrian stated.

From ‘Margin Call’ to Jury President

Jeremy Irons himself thanked the Berlinale. “It is with feelings of great pleasure and not inconsiderable honor that I take on the role of president of the International Jury for the Berlinale 2020, a festival that I have admired for so long and that I have always enjoyed attending.” Indeed Irons has been a regular Berlinale guest, and he likes Berlin.

“Being in Berlin for the festival will be a treat giving me the opportunity not only to remind myself of that great city but also to watch this year’s crop of films chosen by the festival, followed by the opportunity to discuss their merits with my fellow jury members,” Jeremy Irons said some six weeks ahead of the 70th Berlin International Film Festival.

In 2011, he hit the Berlinale for the first time, for the premiere of ‘Margin Call’. Two years later, he showed up again after doing ‘Night Train to Lisbon’. This time, the actor will actually have some work to do in Berlin. Jury President is a role full of responsibilities.

Even before Jeremy Irons assumes his Berlinale job, one Golden Bear is already reserved for one of his compatriots: Helen Mirren will receive the Honorary Golden Bear for her impressive life time achievement.