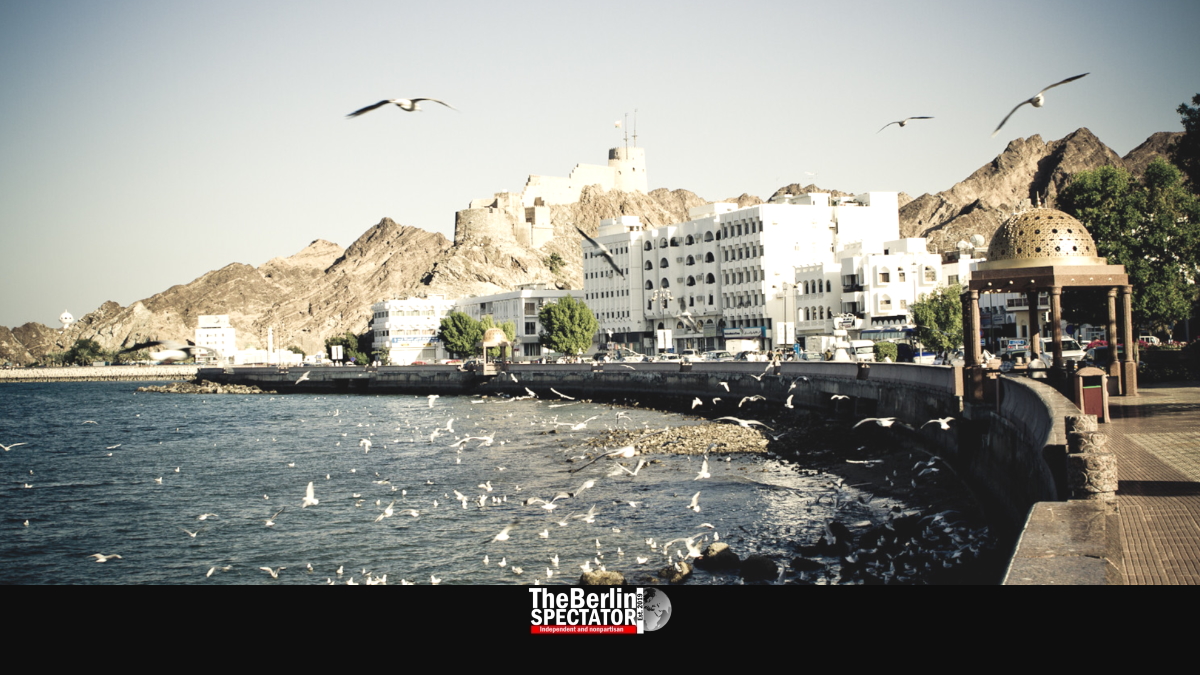 A month ahead of the ITB travel and tourism trade fair in Berlin, the world is going through the Coronavirus crisis. It remains to be seen whether the spread of the virus will affect the ITB. The world is big. Even if trips to most of China are not being recommended by Foreign Ministries across the world right now, things will change once the virus has been defeated. And there are countless other travel destinations.

One of them is Oman, the ITB’s partner country this year. At first glance, that country does not seem to be the kind of tourism magnet vacationers are used to. That exactly is a good reason to go there. Apart from being “safe and easy to travel”, according to the German travel giant TUI, Oman offers “a combination of breathtaking natural beauty and a kaleidoscope of historical events and legends.”

The ITB’s organizers say, Oman’s Sultan Qaboos bin Said al Said, who died in January, “has led his fathers’ land into modernity at the speed of light.” Influenced by his years of teaching and studying in Europe, he had “recognized the responsibility to transform the Sultanate and prepare it for the future.”

He had made efforts to modernize the infrastructure and quality of life in Oman. “Wise diplomacy and leadership characterize the longest serving regent in his own country and in the Gulf region.” Oman is part of the Arab League and it does not recognize Israel. At the same time the country has acted as an intermediary between the U.S. and Iran during President Obama’s second term, meaning the monarchy of Oman seems to be less radical than other Arab states.

More than Sangria in Buckets

According to tourism experts, Oman is designed for tourism. Apart from its beauty, culture and history, the fact that the country with 5 million inhabitants refrains from plastering its coast with hotels keeps it authentic and makes it attractive to European travelers who want more than Sangria in buckets. Oman does not have areas overcrowded by tourists.

But its information stalls at the ITB in Berlin will be crammed with representatives of the tourism industry and visitors who need stimulation and who might be considering going there, for a different kind of vacation. Of course many more countries, tour operators and organizations will hit the ITB in March.

All of them are facing new challenges, meaning the tourism market has to reinvent itself, at least in part. More and more vacationers want to keep their CO2 footprint as small as possible. Sustainability is important to an increasing number of tourists. Also, European travelers love seeing things they have not seen before. That is where Oman and comparable countries come in.

No Cancellations So Far

The ITB is already reacting to the increasing environmental awareness. For the fair, spokeswoman Julia Sonnemann said a new format entitled ‘Hot Chair’ would bring together the airline industry and the ‘Fridays for Future’ movement, for a discussion. Sustainability and digitization were important aspects at the ITB this year.

Out of 195 countries in the world, as many as 180 will be represented at the ITB in Berlin, the organizers say, from Albania to Vietnam. Ten thousand exhibitors are ready to present their destinations, travel packages and products to 160,000 visitors at the trade fair. Close to two thirds of all visitors are part of the travel industry.

Julia Sonnemann told The Berlin Spectator, it was too early to say whether the Coronavirus crisis would affect the fair at all. So far, no exhibitors had cancelled any reservations. She said Chinese exhibitors had reported that the issuing of visas was delayed. Generally, the percentage of exhibitors from China was low at the Berlin version travel trade fair.

Because of the virus, additional “hygiene dispensers” would be installed, Julian Sonnemann said. Also the restrooms at the fairground would be “serviced” more often than before.

In 2019, the ITB had become a political issue, when the leader of its former partner country Malaysia made antisemitic and homophobic remarks. Back then, Malaysia’s Tourism Minister told the press in Berlin, there was no homosexuality in his country.

The antisemitic statements made in Kuala Lumpur were matched by the so-called BDS in Berlin. Representatives of this group, which is considered to be antisemitic and glorifies terrorists, protested against the participation of Israel in the travel trade fair, right in front of the ITB’s gates in 2019. The fair’s organizers are hoping that politics will not overshadow anything this time around.

Detailed information about the ITB can be found on its website.
Main photo by Bilal Sarwar

What Merkel Deals With in South Africa and Angola