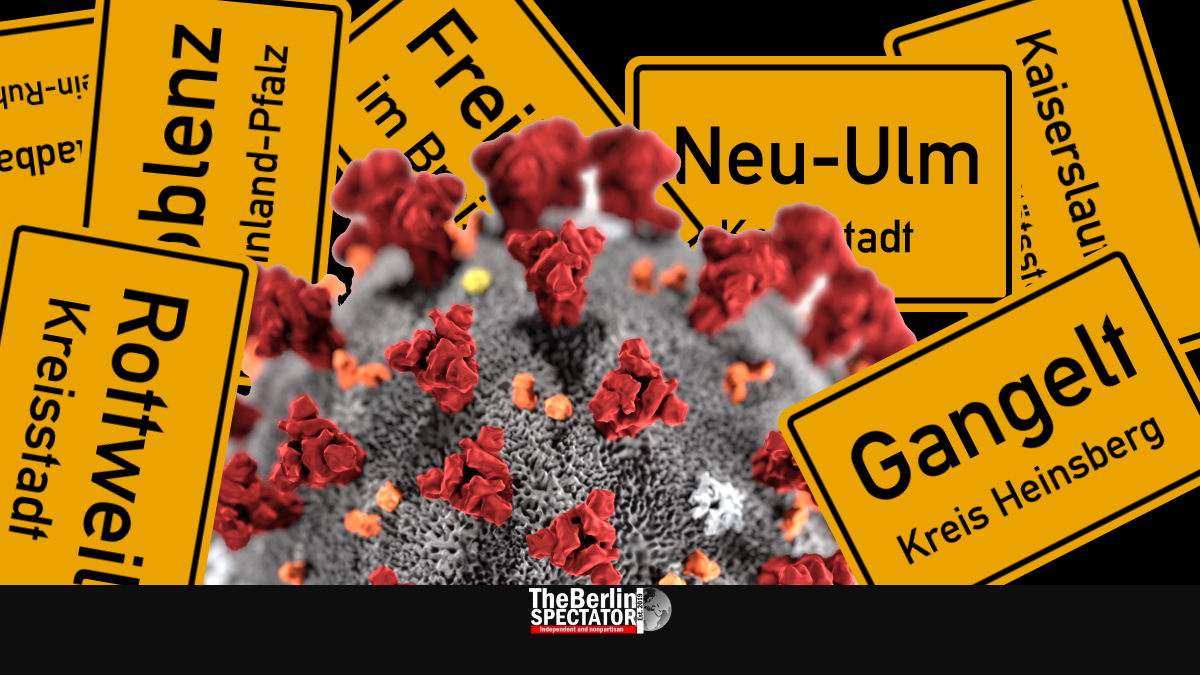 In Germany, the number of confirmed Coronavirus cases is increasing substantially. On Friday morning, there were more than 30 patients. Hundreds of Germans are in quarantine.

Most of the sixteen Coronavirus patients Germany had earlier this month are already back in their regular lives. For a little while, things looked good. With the quick spread of infections in northern Italy, fears increased. It did not take long until those who had worried were proven right.

More than 1000 in Quarantine

At this stage, more than 30 people in Germany are infected with the Coronavirus. In the country’s largest federal state of North Rhine-Westphalia, there were 20 confirmed cases on Friday morning. Many citizens were in quarantine, mostly in their homes, as contact persons who might have contracted the virus.

More than 1000 residents are quarantined because some of the virus patients were with many people at a kindergarten, a carnival event and elsewhere. At a hospital in Mönchengladbach, at least one doctor is infected. It is unclear whether he passed on the Coronavirus to his staff and to patients. One man from Gangelt is still in critical condition, while most other patients are reportedly much better.

All Clear in Eastern Germany

One of the infected individuals from North Rhine-Westphalia recently visited Tropical Islands, a large indoor swimming pool in Brandenburg. So far, none of the people who were there at the same time were tested positive. On Friday morning, there were no cases in Brandenburg, Berlin or the rest of eastern Germany.

In Rhineland-Palatinate, another province in western Germany, a soldier who had been at a carnival event together with at least one of the confirmed cases in North Rhine-Westphalia, and an individual who just returned from Iran, where the Coronavirus situation is even worse, were tested positive in the past 24 hours.

Further south, in Baden-Württemberg, the number of Coronavirus cases had reached eight on Thursday evening. In this case, ‘patient zero’, the individual who brought in the virus unknowingly, was found early on. He is 25 years old and had been on a trip to Milan with a 24-year-old friend who tested positive too, along with her father.

Before ‘patient zero’ contacted the health authorities, he went to a cinema in the city of Neu-Ulm. The authorities there are worried. So are people who were in the same movie theater at the same time, and who may have been sitting close to the infected man. Four of them are already in quarantine in their homes, other are still being sought.

One of the infected individuals in Germany’s south is a senior physician at the University Clinic in the town of Tübingen who was in contact with other doctors and staff members, all of whom were ordered to stay at home for the time being. Another man who had traveled to Italy was tested positive in Rottweil.

Another three individuals, two women and one man, were tested positive in the Black Forest region and in Freiburg. They took part in a business meeting in Munich a week ago. The implications of this aspect are unclear at this stage. In Bavaria’s Middle Franconia region, yet another man is infected.

Another new case was reported in Hamburg, where a staff member of the children’s ward at the Eppendorf University Clinic was sent home due to his infection. This individual had spent vacations in Italy as well. Because of this case, many children and some of the person’s colleagues are now in quarantine. In the federal state of Hesse, yet another case was reported.

In one affected region in North Rhine-Westphalia, kindergartens and schools remained closed, while the health authorities were looking for more people who were in contact with those who tested positive. Since this task proves to be complicated with a total of 30 confirmed Coronavirus cases, it may be impossible once and if there are hundreds.

The federal government in Berlin has a task force which meets once a day. Depending on the situation, new measures might be taken. So far, airlines and other companies that transport people to Germany from abroad were told to file reports about where their passengers started their trips. This was about establishing whether they were in one of the countries badly affected by the Coronavirus, including Japan, South Korea, China, Iran or Italy.

Interior Minister Horst Seehofer had said that two tasks were the most important ones, namely breaking the infection chains within Germany and controlling those from abroad. He cooperates with Health Minister Jens Spahn during the crisis.

In the meantime, the German economy is already affected by the situation, also because of its strong ties to China. In Frankfurt, the DAX Index is declining. The travel trade fair ITB in Berlin will be taking place next week, according to its organizers, even though Interior Minister Seehofer had said it should not. Another decision will be taken today.

Elsewhere, large events were already cancelled, including the Geneva Auto Show in Switzerland. The Coronavirus has now reached The Netherlands as well. There is a confirmed case in Amsterdam.