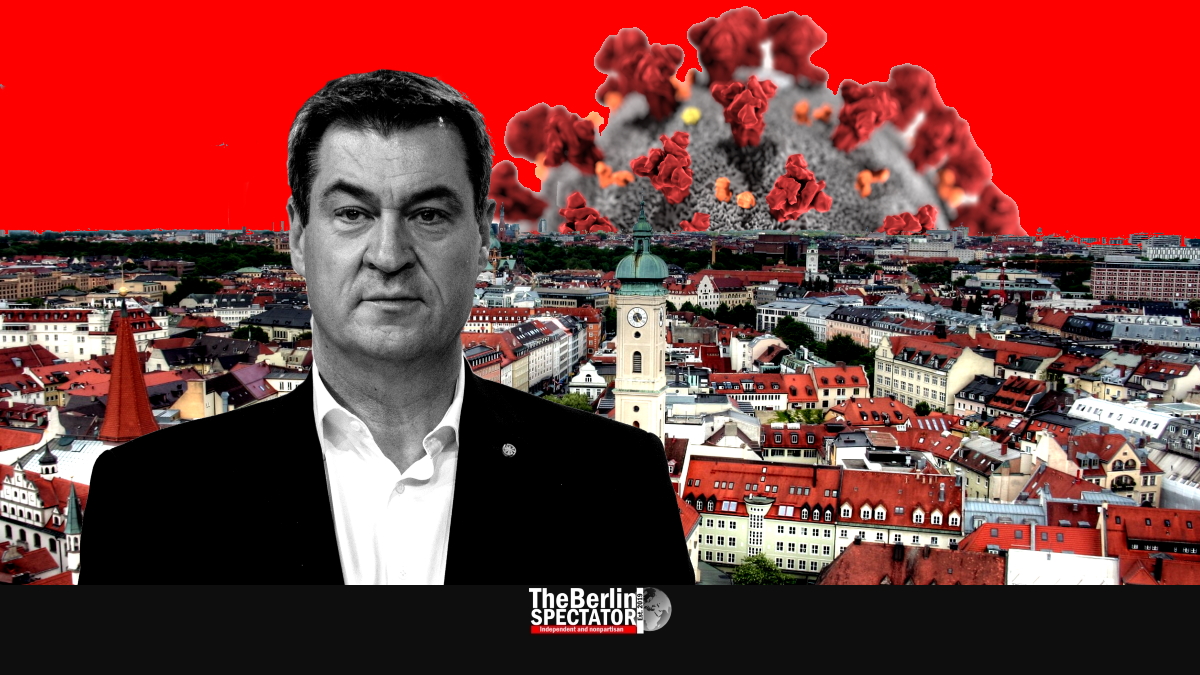 In Germany, the First Minister of Bavaria, Markus Söder, demanded swifter reactions and decisions in the Coronavirus crisis. The challenge posed by the virus was bigger than anticipated.

Fifty-one days ago, there was not a single known Coronavirus case in Germany. This morning, 7,272 infected persons were in quarantine or treated at hospitals. Seventeen Germans have died from the respiratory disease caused by the virus. The number of cases has doubled since Friday, tripled since Thursday and quadrupled since Wednesday. Experts expect the situation to worsen further.

Professor Lothar Wieler, the head of the Robert Koch Institute, said his institution had now increased the health risk level for people in Germany from moderate to high. As always he stressed all recommendations needed to be adhered to. It was imperative to slow down the spread of the Coronavirus in order to make sure the health system, and especially intensive care wards in Germany’s hospitals, would not be overburdened.

The federal government and the sixteen federal states just agreed to strict new measures that are supposed to slow down the spread of the Coronavirus. Chancellor Angela Merkel announced closures of shops and many other facilities on Monday. Now Bavaria’s First Minister Markus Söder wants quicker reactions and decisions.

On Monday, Söder had declared a state of emergency in Bavaria. In an interview with ZDF television he said Bavaria was affected more than some other states because of its location at the south-eastern border. By declaring a state of emergency he had also wanted to encourage the rest of Germany to react more swiftly and quickly if necessary.

Good Cooperation with Some States

“Frankly, we need more speed regarding decisions in Germany”, Söder said. “We can not just keep debating, but need to take decisions.” The First Minister stated there was a good cooperation with federal states like Baden-Württemberg, Saarland or Schleswig-Holstein. On the other hand there were cases of provinces in which those in charge needed to be convinced to act.

Because of Germany’s federalism, the sixteen federal states the country consists of get to take big decisions themselves. For instance, this applies to education but also medical policies. In this crisis, Chancellor Angela Merkel and the provinces and city states finally agreed to swift measures they are taking together.

Neither Merkel nor Söder or any other politicians rule out even stricter measures. For the time being they hope the closure of some borders Interior Minister Seehofer announced two days ago and the closure of many kinds of establishments will have an effect.

One of the effects is negative: At this stage the German retail business is losing 1.15 billion Euro (1.29 billion Dollars or 1.05 Pounds Sterling) per day because of the Coronavirus crisis and the decisions taken. According to the German Retail Association, quoted by the ‘Frankfurter Allgemeine Zeitung’ daily, there will be bankruptcies within four weeks.

For the European Union, Ursula von der Leyen, the German President of the European Commission, wants an entry ban. She said she would send a proposal to the heads of government in the E.U. which would include a ban on “unnecessary trips” into the European Union. This travel ban, should it be implemented, would last for 30 days and could be prolonged if necessary.

“The less trips there are, the more we can dam the virus”, von der Leyen said in a podcast. Her ban would include exceptions for E.U. citizens, their family members, “foreigners” who have lived in the E.U. for a long time, the transport business and people who contribute to the fight against the Coronavirus.