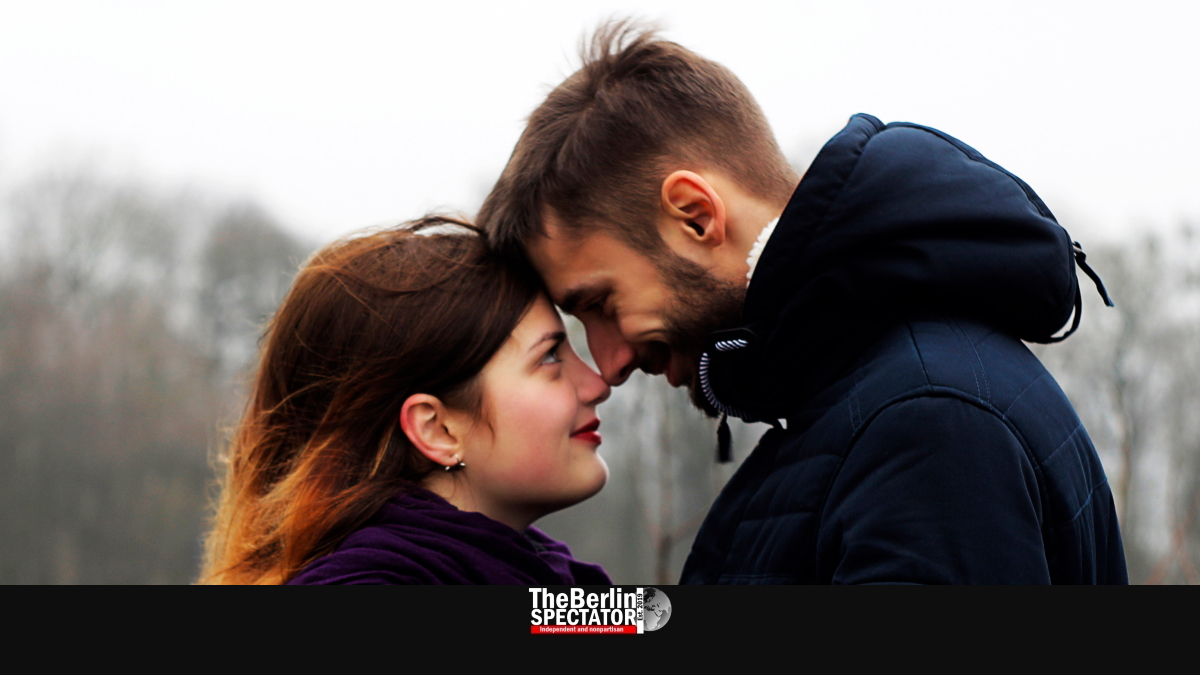 We live in a big crisis. For singles, crises can lead to loneliness. And loneliness leads to frustration. For couples, things can go both ways: Situations like this one can destroy close relationships or improve them.

‘Love in the Time of Corona’ is already taken. Editors at countless publications around the world thought abusing a title Pulitzer Prize winner Gabriel García Márquez came up with in 1985 was very funny. Hahaha. We will never admit that we would have done exactly the same thing if everyone else had refrained from that bad idea. Of course it would have been a good one, had The Berlin Spectator done it.

No Flirting at Parties

No matter what kind of title anyone chooses for anything: The fact is that the virus affects everyone and all aspects of life, including love and relationships. This applies in both positive and negative ways. And it is not just something some editor for an English-language online publication in Berlin feels like writing about because he believes it might be the case. Scientific studies deal with this subject.

Crisis situations such as weather catastrophes have effects on couples, but also on singles. Since people do not seem to be allowed to leave their homes during the Corona crisis, how are singles supposed to chase potential partners? They will not meet them at parties, since there are none. They will not run into them at the shoe store. They will not even meet them at school or the campus, because those are closed.

‘Love the One You Are With’

The traditional way of flirting is not an option these days. But there are other ways to find partners. “If you can’t be with the one you love, love the one you’re with.” This concept was spread by people like Stephen Stills and Les Humphries in the 1970s. It might work for students or other young people who live with possible partners in shared apartments.

If that option is not available, or in case it failed, there is a more modern way of finding the love of your life, called online dating. Singles who feel like trying match.com, its German equivalent parship.de or similar websites can use the time the Corona restrictions give them to find a possible match and communicate with him or her via e-mail or chat. Later, they can move on to video chats, once they feel it is time to do so.

The disadvantage is that meeting in person will either not be possible for quite some time because of the contact restrictions that apply in Germany. Flirting while keeping a distance of 1.5 meters (5 feet) does not really sound too good either. But the foundation for a close relationship in post-Corona times, should they ever come, can be laid, in theory.

According to a poll released by the German online dating site Parship two weeks ago, one in three singles, a total of 37 percent of those polled, are worried they might be very lonely during the Corona crisis. Among those aged 18 to 29, that percentage stands at 45 percent. Exactly one third of German singles aged 50 or older feel that way too.

What couples are concerned, crises like this one can have positive and negative effects. First of all, couples who want to be together but are separated by closed borders, cancelled flights and contact restrictions are screwed. Not only are they not together, but they do not know when the Corona crisis will be over, or when, if ever, the restrictions will be lifted. So, there is no countdown. This situation without perspective can lead to frustration.

Let’s finally get to couples who are together, in the same apartment or house, in this situation. There are scientific studies that say the effects of crises can go both ways. Thirteen years after Hurricane Hugo created havoc on the U.S. East Coast in 1989, C.L. Cohan and S.W. Cole released a study entitled ‘Life course transitions and natural disaster: Marriage, birth, and divorce following Hurricane Hugo’ in the Journal of Family Psychology.

From 1975, fourteen years before Hugo struck, to 1997, nine years after the hurricane, changes in marriage, birth and divorce rates in South Carolina were collected, researched and compared. The outcome was a surprise. Before the study was conducted, the expectation was that marriages and birth would decline and divorces would increase.

Separating and Falling in Love

What this seems to mean is that, in close relationships, any tendency can be intensified in crises like this one. Couples who spend the entire crisis in one place might find out they are not as good of a match as they had thought they were. So they separate and get divorced.

On the other hand, many couples seem to fall in love in times like these, or their love for each other grows. As we all know, love can lead to sex and sex can lead to pregnancies. This is the other effect they proved in that study from South Carolina. After the Corona crisis, we will know whether the developments in Germany and the other countries affected by the Coronavirus are comparable.