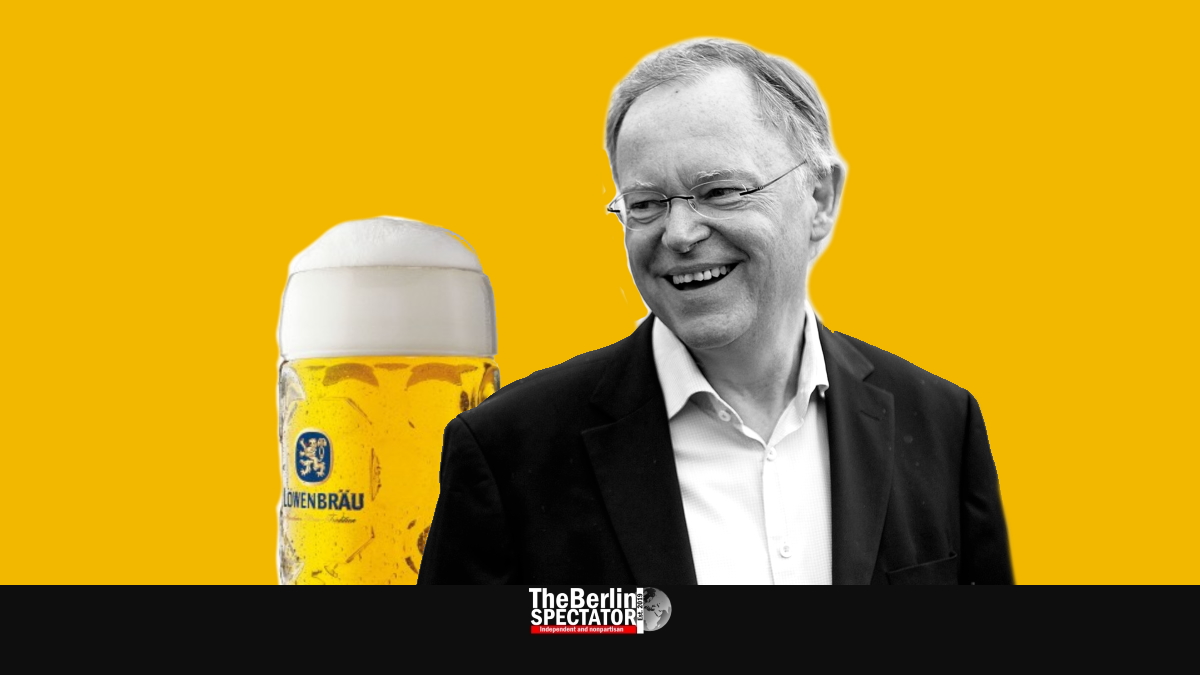 In Germany, a competition between federal states seems to have started. It is about dropping more Corona restrictions than others. In some places, the virus itself does not seem to be in the center of the attention anymore.

This time it is Lower Saxony. The federal state’s government came up with a step-by-step plan according to which restaurants and beer gardens may reopen as early as next Monday. Special rules do apply though. Those businesses may only use half their capacity. Individuals who want to go to any restaurant will have to make reservations. That way the owners can control the number of guests they will have.

Lower Saxony’s First Minister Stephan Weil (on main photo above) said in a television interview, instead of easing restrictions in some ways only, there needed to be “perspectives in all areas”. That way politics would be a lot more convincing, Weil told the ‘Tagesthemen’ news broadcast on German television. Lower Saxony also has plans for the reopening of hotels and for organizing a return to school for all grades.

As it turns out, lifting bans and easing restrictions can be more contagious than a virus. Lower Saxony was just done introducing its plans, when Thuringia’s Commerce Minister Wolfgang Tiefensee announced a proposal for an “exit from the total stalemate”, according to German-language media. On May 22nd, 2020, Thuringia’s pubs, restaurants and cafés could reopen if Minister Tiefensee, a former federal minister, gets his way.

Saxony jumped on the bandwagon as well. In Dresden, the federal state’s Commerce Minister Martin Dulig stated it was time for clarity regarding a reopening of restaurants. He wants to let restaurant owners use the outdoor parts of their businesses from May 15th.

Even the city state of Berlin wants things to happen in this regard. Governing Mayor Michael Müller would like to go a path comparable to the one proposed in Saxony. The difference is that he insists on taking these kinds of decisions with Chancellor Angela Merkel and his colleagues from the other fifteen federal states during their online meeting on Wednesday.

In Germany, many believe a reopening of restaurants with rules regarding the distance between customers could work, at least in theory. There is one aspect that could jeopardize the adherence to any rules, namely the consumption of alcohol. Even Armin Laschet, the First Minister of North Rhine-Westphalia who is known for his inner urge to get back to normality, said wherever alcohol was being offered, any distance rule would be forgotten very quickly.

Laschet’s Bavarian colleague Markus Söder recently made a similar statement. Because of the alcohol aspect, an easing of restrictions in the food service industry was hard to implement. This business area was the biggest challenge, Söder stated.

In the meantime, the German virologist Hendrik Streeck has concluded a study on the spread of Corona in Gangelt, a small town on North Rhine-Westphalia which was in the center of the attention at the beginning of the crisis because it had many Coronavirus cases. In his ‘Heinsberg Survey’, Streeck comes to conclusions for all of Germany.

He says up to 1.8 million people in Germany could be infected with the Coronavirus. On the basis of a model calculation the study had come to this conclusion, Streeck’s University of Bonn announced on Monday. If he is right, the fatality rate in Germany is much lower than Streeck’s most prominent colleagues believe. But there is a lot of doubt regarding the ‘Heinsberg Survey’.

The official numbers are much lower than 1.8 million. According to those, there are 166,152 Corona infections in Germany. As many as 6,993 people have died of COVID-19, but at least 135,100 former infected persons are cured by now.