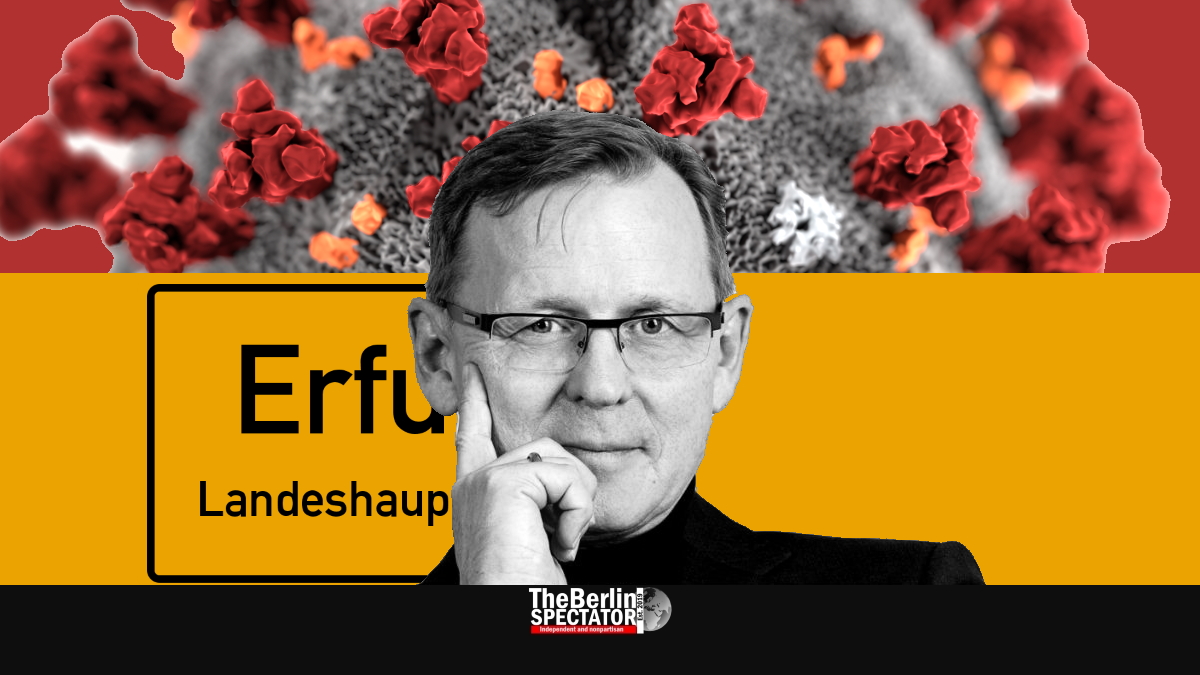 In Germany, the federal state of Thuringia is working on getting rid of all main Corona rules in early June. In Berlin and elsewhere, critics are alarmed.

Only weeks after a scandal at Thuringia’s state parliament triggered a political crisis in Germany just before the Corona crisis hit, there is a new problem in the same federal state. This time, Bodo Ramelow, the First Minister of Thuringia, announced he would throw the main Corona rules overboard on June 6th, 2020.

This would mean neither the distance rule would be in place, nor the mandatory wearing of protective masks. Ramelow told the ‘Mediengruppe Thüringen’, a pool of dailies in his state, he wanted to “remove the general lockdown and replace it with a package of measures in which local warrants have priority.” There has not been any lockdown in Germany since early May.

Ramelow and his cabinet intend to discuss the details of the step he intends to take tomorrow. Next month, only local measures are supposed to be in place in Thuringia. An ‘alarm system’ will supposedly be put into place. It is supposed to trigger action on the part of the authorities when the number of newly infected persons exceeds a certain limit.

In Berlin, Thuringia’s intentions were criticized harshly. For the Social Democrats (SPD), their health expert Karl Lauterbach stated the federal government needed “to set a signal” against the lifting of the Corona rules in Thuringia. He told the ‘Rheinische Post’ daily, Ramelow’s move could lead to “a race among federal states that would be catastrophic from a medical perspective.”

In another newspaper interview, this time with the ‘Saarbrücker Zeitung’, Lauterbach said Thuringia was calling into question the very measures with which Germany had achieved its success in the fight against the Coronavirus. Thuringia’s announcement was a mistake, Lauterbach said.

Michael Roth, the Foreign Ministry’s State Minister for Europe, said he wished everyone in Thuringia “a lot of health”. He said Germany’s federalism allowed approaches of the kind announced in Erfurt. On Twitter, he asked a rhetorical question: “Who will protect the many rational people against the few irresponsible ones?”

In his federal state, and even within his own government coalition, Bodo Ramelow triggered skeptical reactions with the step he announced as well. For the SPD at the Erfurt state parliament, floor leader Matthias Hey told the ‘Bild am Sonntag’ weekly the First Minister had caused a lot of confusion.

‘Walk on a Minefield’

In Jena, a city in Thuringia, First Mayor Thomas Nitzsche said Ramelow’s intention was “a walk on a minefield”. The head of the Bavarian State Chancellery, Florian Herrmann, stated Thuringia’s plans were a “very dangerous experiment to all people in the country.” He said the Bavarian government was “horrified”.

Most federal states within Germany intend to continue with their more careful approaches. In an interview with the ‘Hannoversche Allgemeine Zeitung’, the First Minister of Lower Saxony Stephan Weil said the main Corona rules needed to be kept and followed. In his state, restrictions would be eased step by step, in a careful manner.

While Baden-Württemberg and Germany’s smallest federal state, the Saarland, also pleaded for a careful approach, the FDP’s deputy floor leader at the Berlin Bundestag Stephan Thomae was quoted saying Thuringia was about to take a “courageous step”.

In the past days, Corona outbreaks at refugee hostels and slaughterhouses had shown that the danger posed by Corona has not vanished. In Berlin, the reproduction number for the Coronavirus has exceeded the value of 1 again. It now stands at 1.22. This means that, on average, every Berliner infected with the virus passes it on to 1.22 people. This number needs to be below zero in order to contain Corona.

Berlin just offered to help its sister city Moscow with the treatment of COVID-19 patients. Governing Mayor Michael Müller told the ‘Tagesspiegel’ daily, another offer had been sent to Italy, but it had not been needed. Instead, more French Corona patients had been admitted to Berlin’s Charité hospital. President Macron had thanked Berlin in a letter.

The number of Coronavirus cases in Germany just exceeded 180,000. But 160,000 individuals are cured. There have been 8,283 Corona-related deaths.