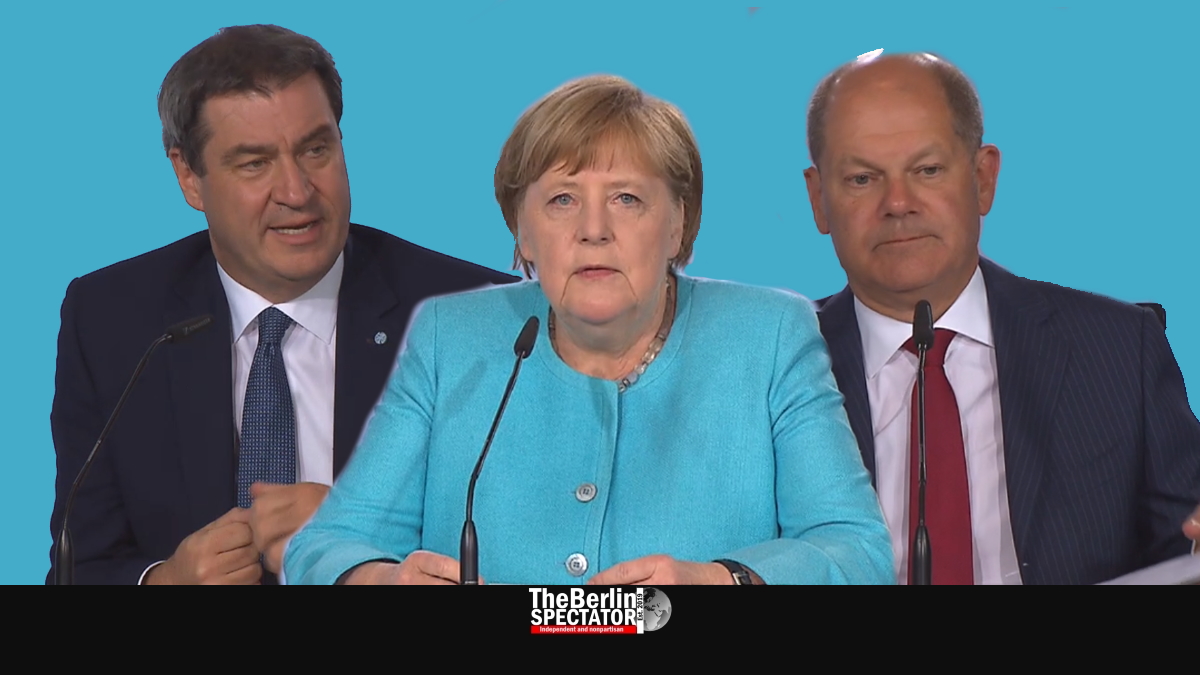 The leaders of Chancellor Angela Merkel’s grand coalition decided to distribute an additional 130 billion Euro. That way, Germany’s economy is supposed to be jump-started after it was hit by Corona.

It took the coalition partners 21 hours to come to an agreement. The outcome has an enormous volume of 130 billion Euro (146 billion U.S. Dollars or 116 billion Pounds Sterling). Increasing the buying power while helping families, supporting municipalities and stimulating sales are only some of the purposes.

Angela Merkel said the grand coalition, which consists of her conservative CDU, the Bavarian CSU and the center-left SPD, had reached a “good result”. The Coronavirus had caused the biggest economical crisis in the history of the Federal Republic of Germany and needed to be overcome. The fact that there were more than 7 million short-time employees showed the scope of the crisis. A courageous response had been necessary.

Saving jobs, making sure the economy keeps on running, or restarting it, was the “dimension” that had led to the stimulus package, Mrs. Merkel explained in the late evening. Vice Chancellor and Finance Minister Olaf Scholz stated the Corona restrictions had been necessary, but at the same time they had left their marks. Germany would feel the latter for a long time.

The stimulus package had the purpose of “getting out of the crisis with a bang”, Scholz explained. That is why it had a “big dimension”. For the third coalition partner, the CSU, Markus Söder said the task had been to preserve the prosperity. During the negotiations, the participating parties had not gotten caught up in ideological arguments, but they had complemented each other.

The agreement has twelve pages. A temporary decrease of the sales tax and a “bonus” for every child in Germany are the most important elements of the package. In order to be able to afford the program amid slumping fiscal revenues, Germany has to go into debt even more.

From July 1st, 2020, until the end of the year, the regular VAT will be 16 percent instead of the 19 percent that are being charged right now. The reduced sales tax will be 5 instead of 7 percent. This translates to more money consumers will have in their pockets.

Germany’s inhabitants are supposed to get more relief through a state-sponsored decrease of electricity costs. In addition, families will receive 300 Euro (336 Dollars or 268 Pounds) for every child they have. The one-time amount will be paid to parents along with the monthly child allowance they are getting anyway.

The municipalities will get billions as well since they got into financial trouble too, because of the Corona crisis. A buyer’s premium for new cars is part of the deal too. It applies to electric vehicles only. Deutsche Bahn, Germany’s main train operator, will receive 5 billion Euro (5.6 billion Dollars or 4.5 billion Pounds) because of huge losses it suffered due to the crisis. Public transport providers in cities can count on funds as well. On top of it all, several business sectors hit the hardest by Corona will receive billions.

Merkel and her coalition partners also decided to build up an emergency stock of medication and medical equipment. At the beginning of the Corona crisis, the country hardly had any protective masks. This kind of problem is not supposed to arise again. The production of medical equipment in Germany is being supported financially too.