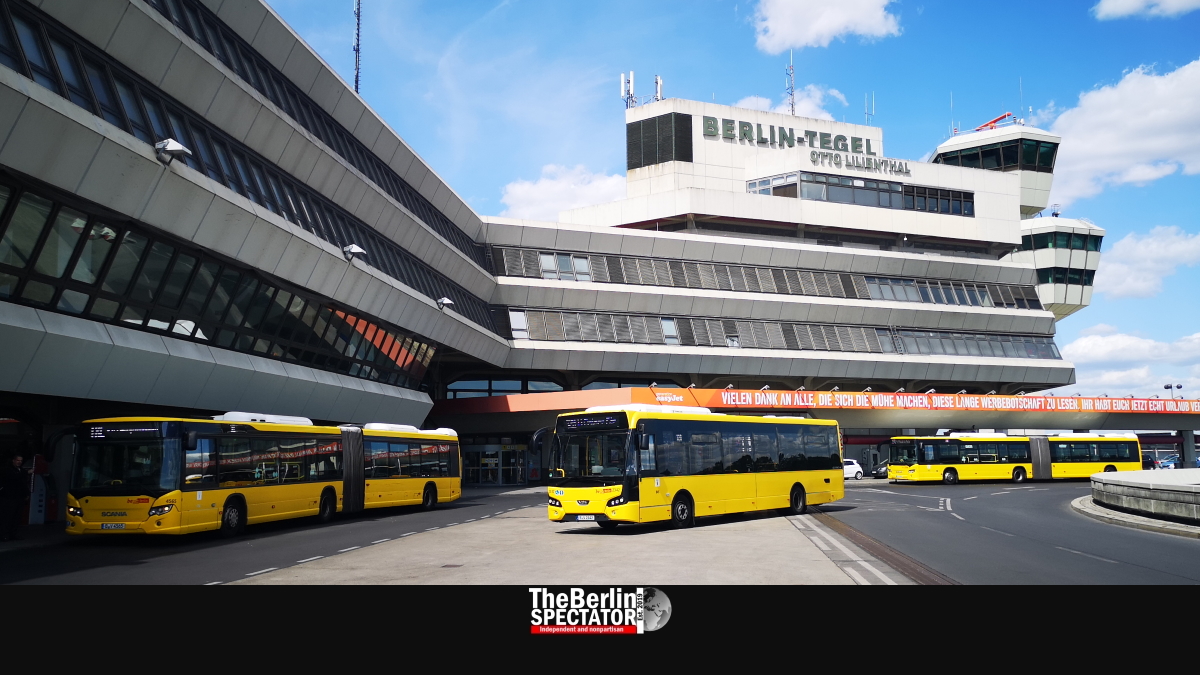 Because of a more positive outlook on aviation in the coming weeks, the temporary closure of Berlin’s Tegel Airport that had been announced will not take place. In late June and July, the airport’s operator FBB is expecting more passengers.

The German government’s, according to which travel to 31 countries will be allowed from June 15th, 2020, has implications for air travel in Germany, including Berlin. FBB’s CEO Engelbert Lütke Daldrup said he expected the number of flight passengers in the capital to increase to 15,000 to 20,000 per day in July.

Also because of the contact restrictions, more room was needed, for instance for waiting lines. For that reason, the temporary closure of Tegel Airport which FBB had planned in order to save operating costs was now cancelled. Even Tegel’s Terminal A would be opened again later this month.

According to Lütke Daldrup, the government’s decision on international travel has many implications. Air traffic seemed to be increasing more quickly than anticipated. There would be more freedom to travel, and this was an “important signal” to airlines and airports. Lütke Daldrup said during an online press conference on Wednesday afternoon, this step towards a normalization had led to a new situation.

Now FBB was able to plan for the future. There were “economic perspectives”. Today, there would be 17 flight connections at Tegel and Schönefeld Airport, Engelbert Lütke-Daldrup stated. By mid-June, he expects 40 connections per day, more than twice as many, and 100 by the end of July. This would be about one fifth of the traffic the two airports had before the Corona crisis.

The three main airlines in Berlin are working on increasing their number of flights from and to Berlin already. Lufthansa is about to offer more domestic flights again, and some international ones, these days. EasyJet will by flying to several destinations from July 1st, and Ryanair intends to increase its activity later this month.

Lütke Daldrup said passengers would need to expect processes to take longer at both airports due to the Corona rules. They would have to come in two hours before the departure of their flights in spite of the moderate air traffic, for that reason. He stated there had been talks with the Federal Police to make sure security could be sped up a little.

But, whatever happens after June 15th, Tegel Airport will be closed for good on the original date, which is November 8th, 2020. A few days earlier, on October 31st, BER Airport will open, with a delay of nine years. It has far more room than Tegel or Schönefeld Airport and a capacity of 28 million passengers per year.