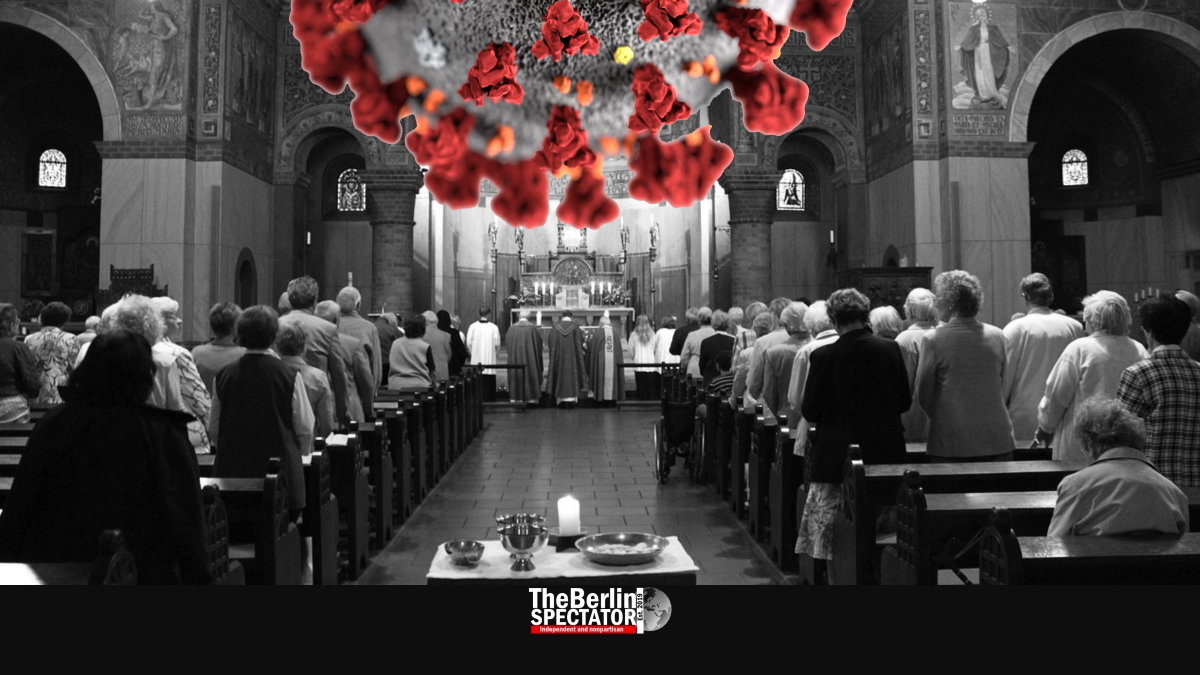 In Vorpommern-Rügen county, located in north-eastern Germany, at least seven worshippers are infected with Corona and as many as 350 people are now in quarantine, a few days after they took part in prayer services that were conducted by a priest who did not know he was infected.

During the Pentecost holiday, a priest from the parish in St. Bernhard led a total of four prayer services in Demmin, Grimmen and the city of Stralsund shortly after indoor events of this kind were allowed again. After the prayer sessions, eight individuals tested positive for Corona, including the priest.

Another Prayer Event in Focus

None of the persons affected need to be treated at hospitals at this stage. Because of the situation, the heath authority in the county sent more than 350 into quarantine in their homes for two weeks. They are not allowed to leave or welcome anyone.

At this stage, Vorpommern-Rügen county is also looking into another Catholic prayer service that took place in Stralsund last Monday. Two hundred and fifty believers took part in this this event. It is unclear whether they will have to go into quarantine too. So far, 120 individuals were tested. The results are expected to come in on Sunday.

In all cases, the priests and worshippers involved reportedly followed all distance and hygiene rules. Some of those infected were not in direct contact with the infected priest. The health authority in charge is working on identifying all contact persons of the worshippers who tested positive for Corona.

In the county affected, all Catholic prayer services were cancelled, as a precaution. Several priests went into quarantine voluntarily. All personens who are in quarantine are being monitored by the health authority. They need to measure their temperature on a regular basis and list all of their symptoms.

The outbreak in the northern part of Mecklenburg-Hither Pomerania is not the first of its kind. After an indoor prayer service at a Baptist congregation in Frankfurt am Main, more than 100 participants tested positive for Corona in late May.

After yet another prayer event at a congregational chapel in Bremerhaven, more than 40 people tested positive for Corona in May as well. In this case, the authorities are not sure whether people were infected at the event itself or elsewhere.

In the past weeks more Corona outbreaks had been reported at nursing homes, refugee hostels and slaughter houses. In all cases, the authorities in charge reacted by closing facilities, by sending people into quarantine and by prohibiting visits at homes for the elderly.

The number of new Corona cases in Germany is still increasing slowly, by about 300 to 500 cases per day. This morning, there were a total of 185,450 Coronavirus cases, but almost 169,000 persons who used to be infected are healed by now. Since the crisis began, there have been 8,673 Corona-related deaths.

The Berlin Perspective: ‘Pick Up Your Scrapheap!’