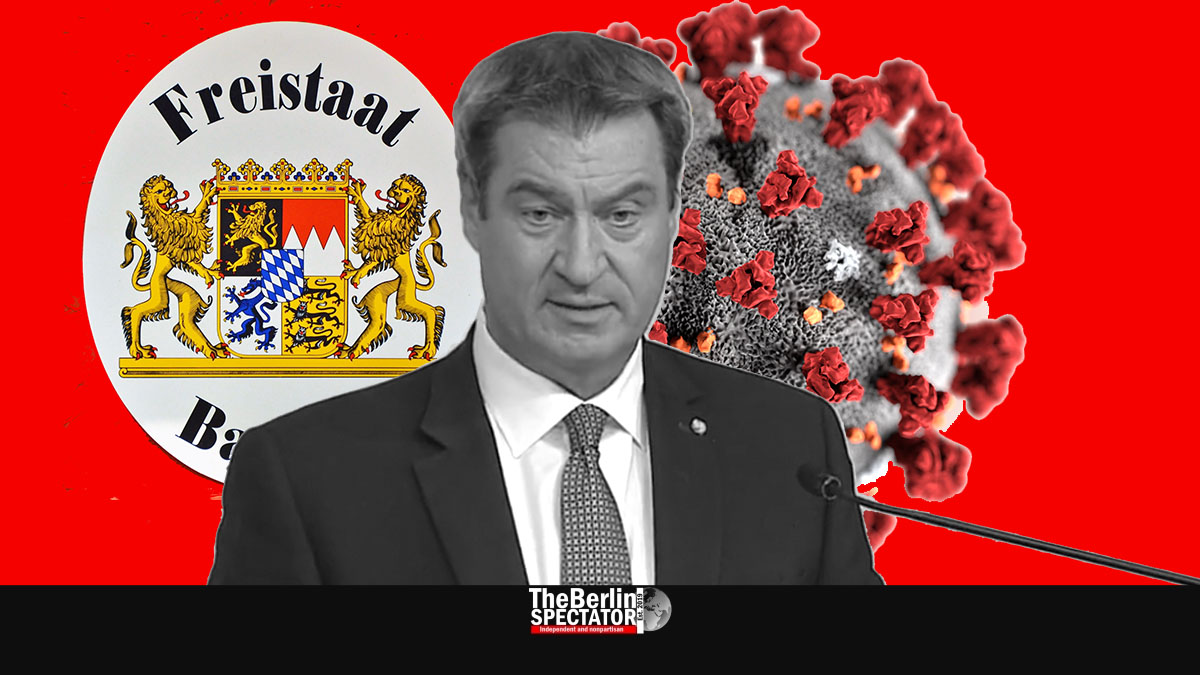 A major glitch at Bavarian Corona test centers is not only damaging First Minister Markus Söder’s reputation, but it is also causing a number of resultant problems. Söder was criticized harshly.

An angry Markus Söder pulled himself together on Wednesday, when he said the latest mistake at Bavarian Corona test centers had been aggravating and should never happen again. He announced “all structures” would be checked. Because of the mishap, Söder cancelled a visit to Northern Germany.

The issue did damage. First of all, many people who returned from trips abroad earlier this month and who had themselves tested are disappointed about the fact that they did not receive their. Secondly, the glitch led to a lot of insecurity, because almost 1,400 out of 107,000 persons who do not have their results yet tested positive.

In Bavaria and beyond, the Corona test glitch has likely damaged the reputation of First Minister Markus Söder, a possible successor of Angela Merkel at the Chancellery in Berlin. The impeccable crisis manager now has a scratch on his fender.

In Munich, his Health Minister Melanie Huml, reportedly offered Söder her resignation twice, because of the mishap. In both cases, the First Minister said no. “I still trust her”, he said on Thursday. People needed to hold together in difficult times.

In January, Melanie Huml had been the first Health Minister in Germany to be confronted with the Coronavirus because first Corona cases in the country were confirmed on her turf. Back then, she reported how the patients were and how they were treated at lengthy press conferences.

She was also the one who announced the glitch on Wednesday. As many as 44,000 travelers who had entered Germany had not received their test results yet. The mishap is not just embarrassing and a real issue to the affected individuals and everyone else around them, but it also makes circles.

That is because returning vacationers account for about half of all new Corona cases in Germany right now. As long as they do not know their test results, they might pass on the virus. Their contact persons, for instance on the plane or the bus they came to Germany on, cannot be contacted as long as there are no results, meaning some of them might be spreading Corona too.

Ahead of the Rest

On top of it all, First Minister Söder is one of those who keeps on talking about the necessity to curb the Coronavirus by doing a lot of testing. Since Corona tests became mandatory for persons returning from high risk countries and regions, and even before, he had often said Bavaria had been ahead of the other federal states regarding testing.

The issue with the forwarding of Corona test results developed because the number of people who made use of the free test offers was a lot higher than anticipated, according to the Bavarian authorities. Since Wednesday, they have been working overtime to correct the mistake and to send out the test results. Of course, those 900 positive Corona test results they have will cause an even higher work load for local health authorities.

Claudia Roth, a Green politician and Vice President of the Berlin Bundestag, told the ‘Augsburger Allgemeine’ daily, she had reentered Germany through Bavaria on August 2nd, and still had not received the result of the Corona test she had done at Munich’s Franz Josef Strauss Airport.

Roth stated she had visited a doctor in Augsburg later, where she had received her result within a day, and slammed Söder by saying he had kept on announcing Corona tests while failing to do a reality check. This kind of behavior was reckless and dangerous.

What the overall situation is concerned, Markus Söder said it was similar to the one in March. This was when the Corona numbers in Germany increased rapidly and the semi-lockdown was announced. The First Minister warned the numbers might explode again now.

What Söder said might already be happening. Between Thursday morning and this morning, the total number of Corona cases in Germany jumped from 220,859 to 222,281. This is one of the highest daily increases in weeks.