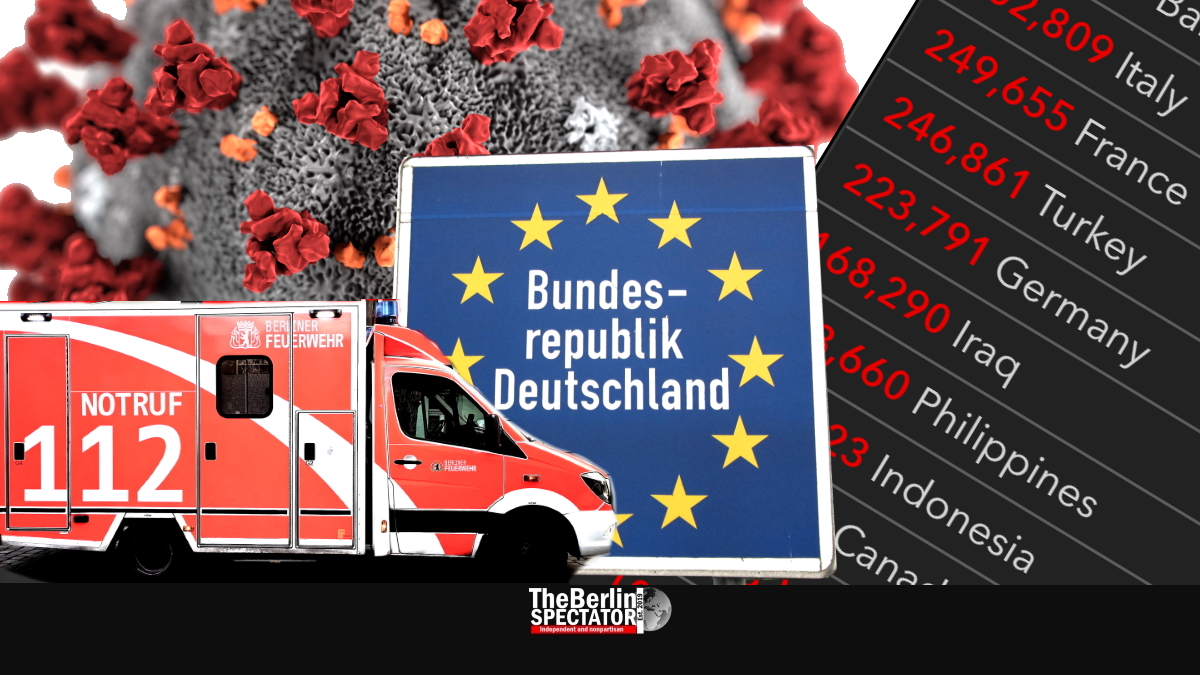 The Corona situation in Germany is deteriorating. As many as 1,500 new infections were reported within 24 hours. Also, Germany’s effort to enable citizens to spend their summer vacations abroad backfired.

The first phase of the Corona crisis in Germany had just come to an end, the numbers were decreasing, when Foreign Minister Heiko Maas and his colleagues from almost all E.U. member states and a handful of Schengen countries decided to make the impossible possible.

People were supposed to be able to enjoy their holidays on the island the Germans love most: Mallorca. The decision was taken only a few weeks after Germany had spent millions to pick up stranded tourists from exotic locations around the world.

Two months ago, to the day, the first Germans hit Mallorca. They tested the waters and checked the general situation. Because everything seemed to be fine, tens of thousands of German tourists followed. Today, sixty days later, it looks like opening up Mallorca and other parts of Spain may not have been such a good idea after all.

The first ‘negative vibes’ popped up when photos in German-language publications showed hundreds of German tourists who were partying without wearing masks. They also refrained from keeping their distance to each other. Now, because of the rising Corona infection numbers, the German authorities had to pull the ripcord.

Mallorca is now a high risk region again. Almost all of Spain is. The mission to enable holidays abroad failed badly. In German media, a spokesperson for the Foreign Ministry in Berlin was quoted saying the spread of the Coronavirus in Spain was “very dynamic”. More and more regions in Germany’s favorite vacation country were “affected by the pandemic”. In other words: The numbers are exploding.

Well, this applies to Germany as well. The increase of new Corona cases in the two countries is related. About half of all new infections in Germany are being brought in by vacationers and people who visited their families on the Balkans and elsewhere.

Now there is a German travel warning for Mallorca and most of Spain. What this means is that going there is not recommended. Individuals who return to Germany from there will have to have themselves tested for Corona and produce a negative result, or go into quarantine.

For Germans who booked vacations in Mallorca, but have not left yet, there are two advantages: They will not have to go to the island, meaning they can stay in the relative safety of their homes, and they will be reimbursed without questions asked. DER, TUI and other tour operators just cancelled all vacation offers for Spain.

The Spirit of Pre-Corona Berlin