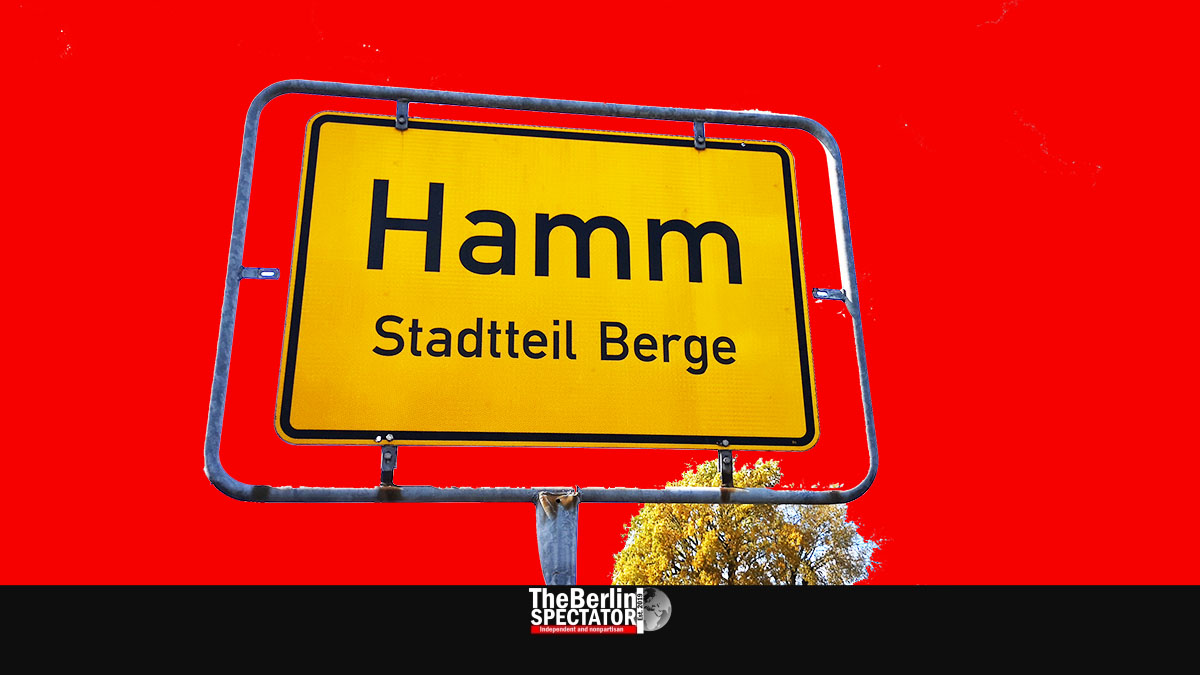 In some German cities, including Hamm and Berlin, the Corona numbers are rising substantially. Politicians are trying to figure out what to do.

Hamm, September 24th, 2020 (The Berlin Spectator) — In Hamm, a city in North Rhine-Westphalia, the number of new Corona infections continues to be alarming. After a wedding, an outbreak spread through the city. Many children are affected. At nine schools, more than 40 kids tested positive for Corona. In only one of these cases has nothing to do with the wedding.

All children in the infected student’s grades are now in quarantine, along with all teachers who taught them. Online classes were organized for them. The other grades still go to school, according to the health authority in Hamm.

Just yesterday, the ‘Seven Day Incidence Number’ in Hamm had reached 95. This number is supposed to stand below 50. Because of the outbreak that was mainly caused by one wedding celebration, North Rhine-Westphalia intends to tighten its Corona rules in the entire federal state. Once the new measures kick in, private parties will have to be registered with the authorities.

The wedding celebration which led to the outbreak had been bigger than it should have been according to the existing rules, North Rhine-Westphalia’s Health Minister Karl-Josef Laumann told WDR radio. In future, the public order office would visit celebrations in order to check whether the rules were adhered to, he said.

Some 500 kilometers (310 miles) north-east of Hamm, in Berlin, the Senate is discussing new measures because the number of infections in the German capital is increasing as well. For the first time since early April, 199 new Coronavirus cases were reported within a 24-hour period.

Berlin’s Governing Mayor Michael Müller told ZDF television, an alcohol ban was one of the options the Senate was looking into. “I believe this is badly needed”, he stated. In the German capital, police keep on stopping illegal parties in parks. Recently, officers were called to a club where some party people danced without following any anti-Corona rules.

Müller ruled out any easing of restrictions anytime soon. Instead, there would be new restrictions. This announcement might not go down too well in Berlin, but many residents understand there is no alternative in a situation like this one. On Tuesday, the Berlin Senate is scheduled to take decisions.

On the same day, chancellor Angela Merkel will discuss the Corona situation in Germany with the First Ministers, the First Mayors and Governing Mayor Müller from all provinces and city states.

Three Berlin districts are in the focus right now. Especially in ‘Mitte’, ‘Friedrichshain-Kreuzberg’ and ‘Neukölln’, more and more Corona cases are being reported. In the same parts of Berlin, most illegal parties took place throughout the summer. “We do see where the numbers increase, including at the intensive care units”, Müller stated.

While Munich already imposed a mandatory mask rule for parts of its Old Town, Berlin is not there yet, according to the Governing Mayor. Müller also said he opposed the idea of filling stadiums with soccer fans with negative Corona tests. The German soccer lobby seems to be trying anything to get back into business. In this case, the club ‘Union Berlin’ had proposed this idea.

The increasing number of Corona infections throughout Europe worries everyone, including the E.U.’s Health Commissioner Stella Kyriakides. She demanded quick reactions to the alarming situation. “We should not become negligent”, she said.

So far, not all anti-Corona measures taken in E.U. countries had been sufficient, Kyriakides stated. The members of the Union needed to act as soon as there were signs of outbreaks. “This may be our last chance to avoid a repetition of the situation we had in early spring”, she said.

The Foreign Ministry in Berlin declared several additional regions in Europe high risk areas because of the rapid spread of the Coronavirus there. Those include the French regions Bretagne, Centre-Val de Loire and Normandie, Dublin and the region surrounding the Irish capital, the Dutch Utrecht province, Austria’s federal state Vorarlberg, Lisbon in Portugal and almost all of Czechia.