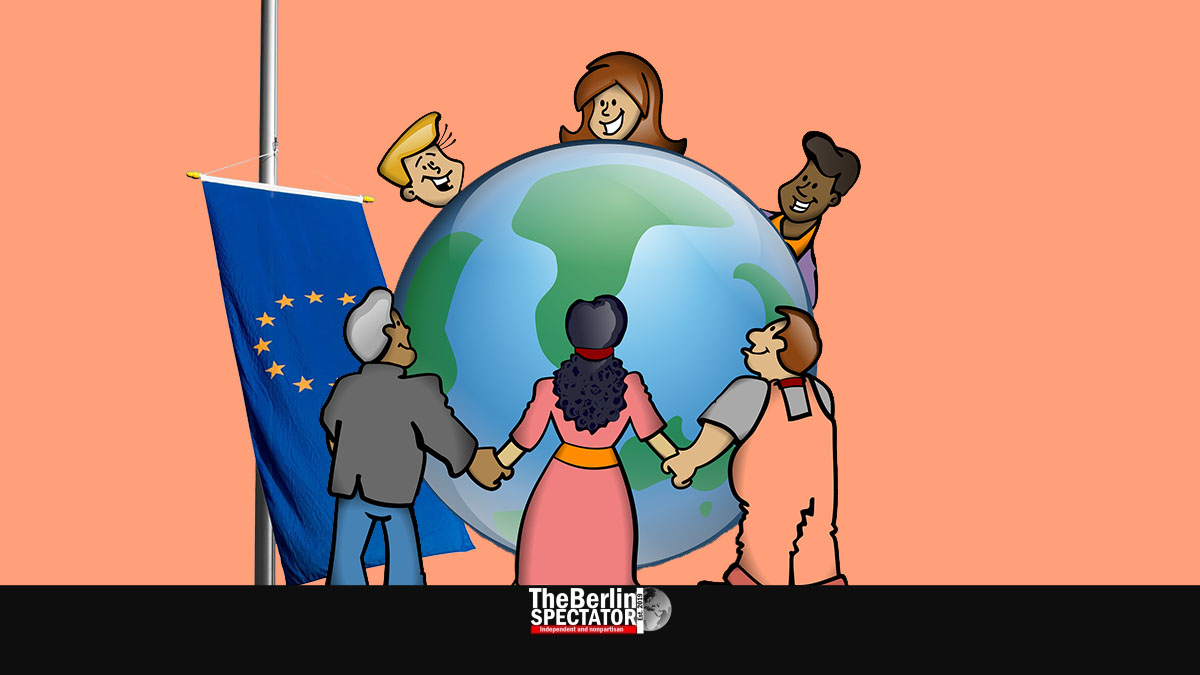 So, you are looking for a continent with a rich linguistic diversity? Try Europe. There are borders every two miles and everyone speaks a different dialect.

Nijmegen, September 26th, 2020 (The Berlin Spectator) — The European day of Languages is a good moment to look at all the languages we speak in Europe. There are truckloads of them, because the entire world is present in Berlin, Amsterdam, London, Paris, Madrid and Rome, and because we have quite a few tongues of our own. There are official languages, minority languages and foreign ones.

There are weird-sounding languages, depending on our perspective, where we come from and which ones we speak, languages that sound bad in songs and others that were made for them. Some languages, like French and German, have exaggerated grammar rules, meaning too many cases. Others, such as Spanish and English, might be easier to learn. The worst ones in this regard are probably Albanian, Finnish and Hungarian.

Europe has languages that are being written in Cyrillic, like Bulgarian, and one that can use either Cyrillic or Latin, namely Serbo-Croatian. Getting through a shopping spree in Bucharest with Spanish is easy, because Romanian is a Latin language. Trying the same next door, in Bulgaria, will not really work.

Switzerland has four official languages. One of them is German, but sounds like a foreign one when they speak it. Besides, they added the weirdest words of their own: “Müntschi” stands for kiss and “Flickflauder” for butterfly. Germans do not understand this nonsense unless they just read about it five minutes ago, like the author of these lines. Romansh is the rarest official language the Swiss speak.

Within Germany, it is hard to impossible to understand certain villagers in Baden-Württemberg, Bavaria or Saxony, even if you think you speak German on a native level. The Swabians have their own conjugations for important verbs. “I han, du hosch, er hot, mir hent …” and all of that. Hell!

In the United Kingdom, Londoners need subtitles when they try to speak to people in Glasgow. Some nations are not exactly known for being good at speaking foreign languages. Others, including the Dutch and Scandinavians, on the other hand, are masters. Absolutely everyone there speaks excellent English. Discussing world politics with Amsterdam bus drivers? No problem. In Berlin, you won’t get too far with this kind of mission.

The Council of Europe (COE), which initiated the annual European Day of Languages, represents 47 states with 820 million inhabitants. This special day is supposed to encourage people to look into learning foreign languages more. The COE says linguistic diversity was “a tool for achieving greater intercultural understanding and a key element in the rich cultural heritage of our continent.” For sure.

Foreign Language Studies in the E.U.

In Europe, our languages are just as different as the way we study. In some countries, a majority of all students learns two or more foreign languages. In other states, they do not. In the European Union, 48 percent of all kids in the upper secondary school grades learn more than one tongue, according to Eurostat. So, this is the average.

In Romania, Finland, Luxemburg and France, most of the students in those grades do study at least two languages. This applies to Belgium’s Flemish region as well, probably because of that additional language they speak anyway. Poland, Latvia, Estonia, and Bulgaria are pretty good in this regard as well.

The lower end of the list obviously contains countries in which less secondary school students study two foreign languages. Greece, a wonderful country, is the worst here, meaning it is at the bottom of the list, with only one percent. Portugal, Spain, Denmark, Lithuania and Germany do not look too good either.

Wherever you are: Have a happy European Day of Languages. Over and out.