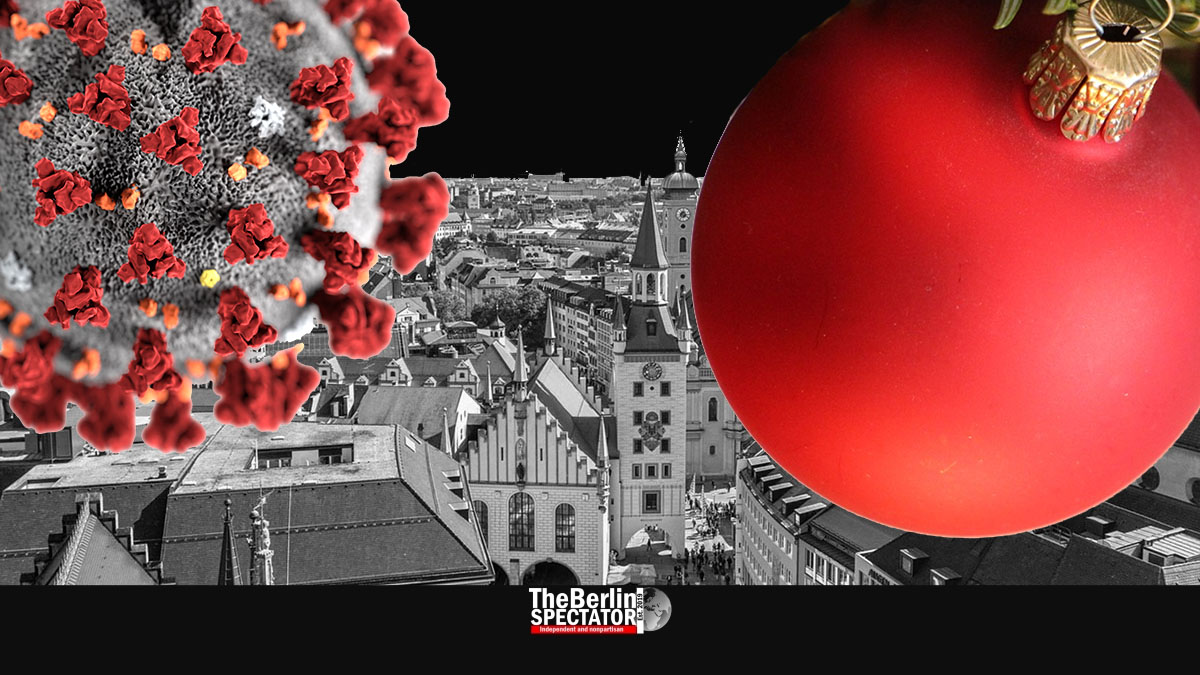 Bavaria is Germany’s second federal state to extend its Christmas vacations because of the Corona pandemic. In the meantime, the country is waiting for a trend reversal regarding the number of new Corona infections.

Berlin, November 24th, 2020 (The Berlin Spectator) — Because of the increasing number of Corona cases among students and teachers at schools, the Bavarian government in Munich just prolonged the Christmas vacations in the state. Now, Friday, December 18th is the last school day this year.

First Minister Markus Söder announced the step in an interview with the BR, Bavaria’s division of the ARD radio and TV network. He said this way the “distance” between the last classes and Christmas would be extended. The state had improved the situation for families because they could now celebrate Christmas in health and with less worries.

With this measure, the risk of infection had been lowered substantially, Söder stated. By prolonging the vacations, Bavaria cancelled only two school days, December 21st and 22nd, but added four vacation days. The state government believes this makes a big difference.

According to some German-language media, prolonging the Christmas vacations is part of the measures listed in an internal strategy draft federal states governed by the conservative parties CDU and CSU agreed to. Other states might follow the example. North Rhine-Westphalia was the first state to announce this kind of step. In many other states, the Christmas vacations officially commence on December 18th anyway.

In the meantime, Germany is hoping for a trend reversal in regard to the number of new Corona infection. According to the data provided by Johns Hopkins University, there have been 14,388 new cases in the past 24 hours. This number is substantially lower than the usual daily increase, but slow reporting during weekends has led to low numbers on Mondays and Tuesdays in the past.

A slight improvement was reported in Berlin. The Seven Day Incidence Number is still at 222, which is extremely high. Now there is only one district that stands above 300 at this moment, namely Friedrichshain-Kreuzberg. Before, two districts had been in this situation. But, at the end of the day this does not make a huge difference. The number of Corona patients who are being treated at Berlin’s hospitals has decreased slightly.

Ahead of the next Corona meeting Chancellor Angela Merkel will conduct with all thirteen First Ministers, two First Mayors who rule the two city states Hamburg and Bremen, as well as Berlin’s Governing Mayor Michael Müller tomorrow, their colleague from Lower Saxony, Stephan Weil, reiterated there would be a mutual Corona plan that would cover Christmas and New Year’s Eve.

Weil conceded the task was not easy. This had to do with the fact that the situation right now was not entirely clear. Some federal states had already reported Seven Day Incidence Numbers below 50, in others, they were a lot higher. Easing restrictions was not warranted yet. Weil said he was optimistic there would be a good agreement on the path ahead. He also said discussions were going on behind the scenes, and hinted some anti-Corona measures would be tightened.