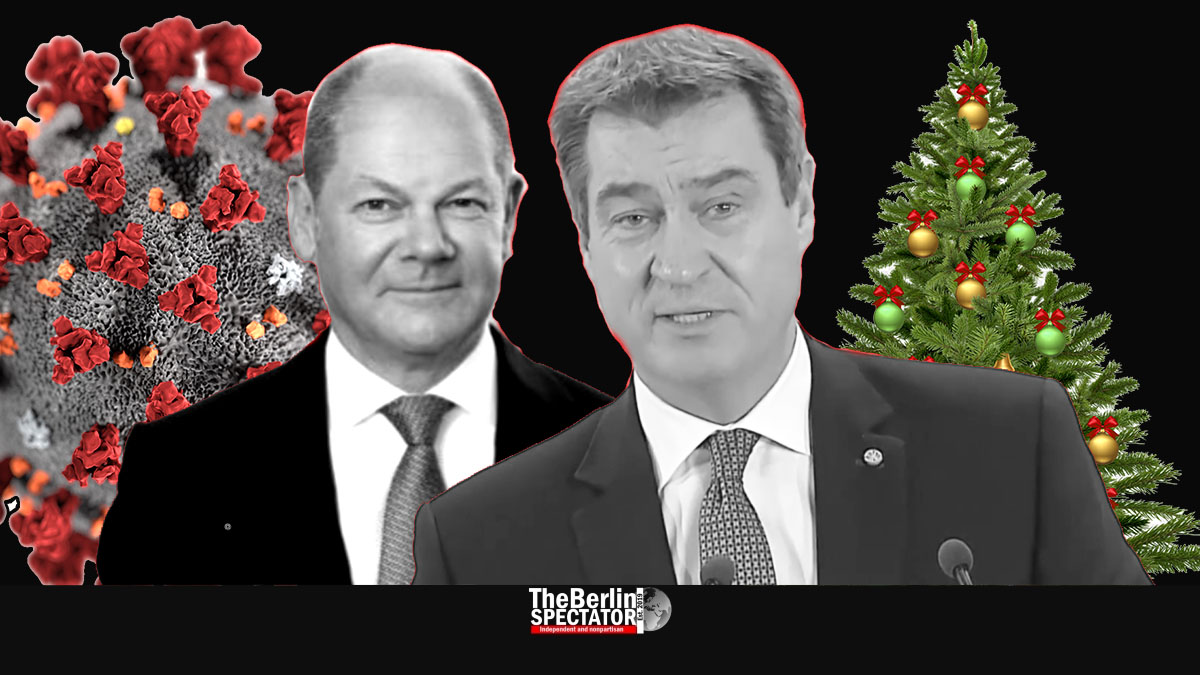 Chancellor Angela Merkel and the First Ministers from Germany’s federal states are about to prolong the semi-lockdown that was put in place on November 2nd. Tightened contact restrictions are likely.

Berlin, November 23rd, 2020 (The Berlin Spectator) — Germany’s partial Corona lockdown, which is designed to bring down the number of new infections, will be prolonged into December. This is the summary of what several First Ministers and other high-ranking politicians said during the weekend.

Bavaria’s First Minister Markus Söder always makes announcements ahead of those big Corona conferences Mrs. Merkel ‘invites’ him and his fifteen colleagues to. This time, he told the ARD TV and radio network’s news show ‘Bericht aus Berlin’, he would propose a prolongation and tightening of the lockdown.

According to Söder, who might succeed Angela Merkel as Chancellor once she gets out of politics next year, Christmas celebrations with relatives will be possible if people are patient and disciplined now. What he meant was that the Corona infection numbers might be low enough for an easing of the restrictions by Christmas, at least a temporary one.

The German capital has also cancelled the Christmas markets that usually take place at ‘Gendarmenmarkt’ square and in front of ‘Charlottenburg Palace’. The one at ‘Breitscheidplatz’, which is the most famous Christmas market in Berlin, might be called off as well. What New Year’s Eve is concerned, some federal states want a fireworks and firecrackers ban this year, because of Corona.

In an interview with ‘Bild Live’, Vice Chancellor and Finance Minister Olaf Scholz confirmed the partial lockdown will be prolonged into next month, but refused to say until when exactly. Scholz predicted “clear decisions” would be made on Wednesday, when Angela Merkel’s online meeting takes place. Last week, the Chancellor had not gotten the restrictions she had wanted.

What Christmas is concerned, Scholz stated the government wanted a solution that made family celebrations possible, but the latter could not include too many people. He also showed optimism in regard to Corona vaccines. Next month, in December, the first vaccinations might take place, Scholz said.

According to reports in several German-language media, the contact restrictions will be tightened on Wednesday. A draft decision that was discussed before the meeting said that private meetings needed to be limited to five people from up to two households. Children up to 14 years of age would be exempt. Exceptions for Christmas are being mentioned as well.