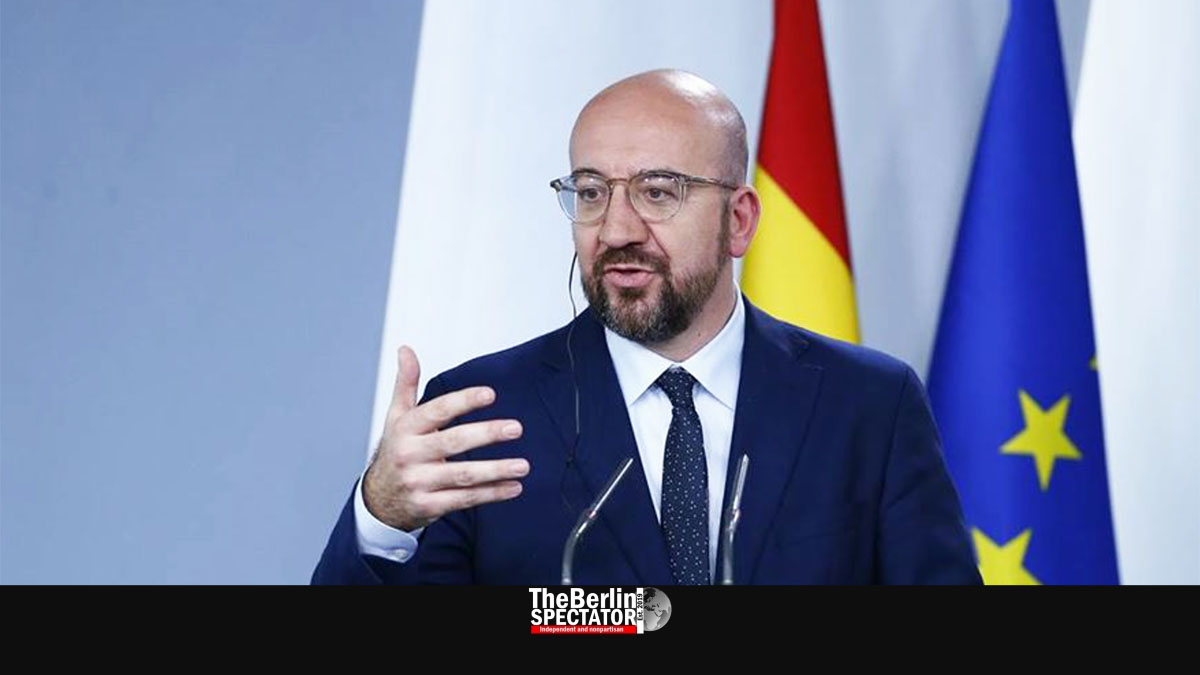 Berlin, January 20th, 2021 (The Berlin Spectator) — Not only in European capitals, a sense of relief spread quickly when Joe Biden won the U.S. elections in November. At the same time, the anger about President Trump’s lies and his attacks on democracy grew. Joe Biden’s inauguration is a milestone most of Europe waited for almost as eagerly as democrats (supporters of democracy) and Democrats (party supporters) in the United States of America.

Charles Michel, the President of the European Council, made remarks while most of the U.S. were still asleep. Today, there was an opportunity to “rejuvenate” the transatlantic relations which had suffered a lot in the past four years, he said at the European Parliament. Michel suggested an inception pact which would “make Europe and the U.S. stronger and the world a better place.”

“We reaffirm the strategic importance of our E.U.-U.S. partnership based on shared values, common interests, cultural and historical ties, and a geopolitical reality”, Charles Michel stated. “We must stand together as the bedrock of freedom and equality. He stressed the importance of an international order based on rules, and of working on peace, security, prosperity, freedom, human rights and gender equality. Charles Michel said these values were “harshly challenged in the world.”

“We need strong and reliable partners”, the Council President said. While President Joe Biden has to concentrate on severe domestic problems in America, he already signaled he will build on international cooperation too. As soon as today, on day one, Biden intends to rejoin the World Health Organization and the Paris Climate Accord.

Charles Michel also said there was a long tradition of fighting for democracy, both in the United States and in Europe. He condemned the “disgraceful attempt” by supporters of the outgoing President to overturn the election result by storming the Capitol in Washington D.C.. But America’s democracy had proven to be resilient. President Michael said he was hoping for a peaceful inauguration day.

Ursula von der Leyen, the President of the European Commission, said the world was waiting for the U.S. to return to “the circle of like-minded states”. She warned President Trump might be history within a few hours, but his supporters were still there.

In Berlin, Germany’s President Frank-Walter Steinmeier commented on the transition of power in the District of Columbia. He said he felt relief. “I know this feeling is being shared by many people in Germany”, he said. “This is a good day for democracy.” In spite of the hostilities, America’s institutions had been strong, Steinmeier stated. Populism had seduced the most powerful democracy in the world. “We need to oppose polarization resolutely”, President Steinmeier stressed.