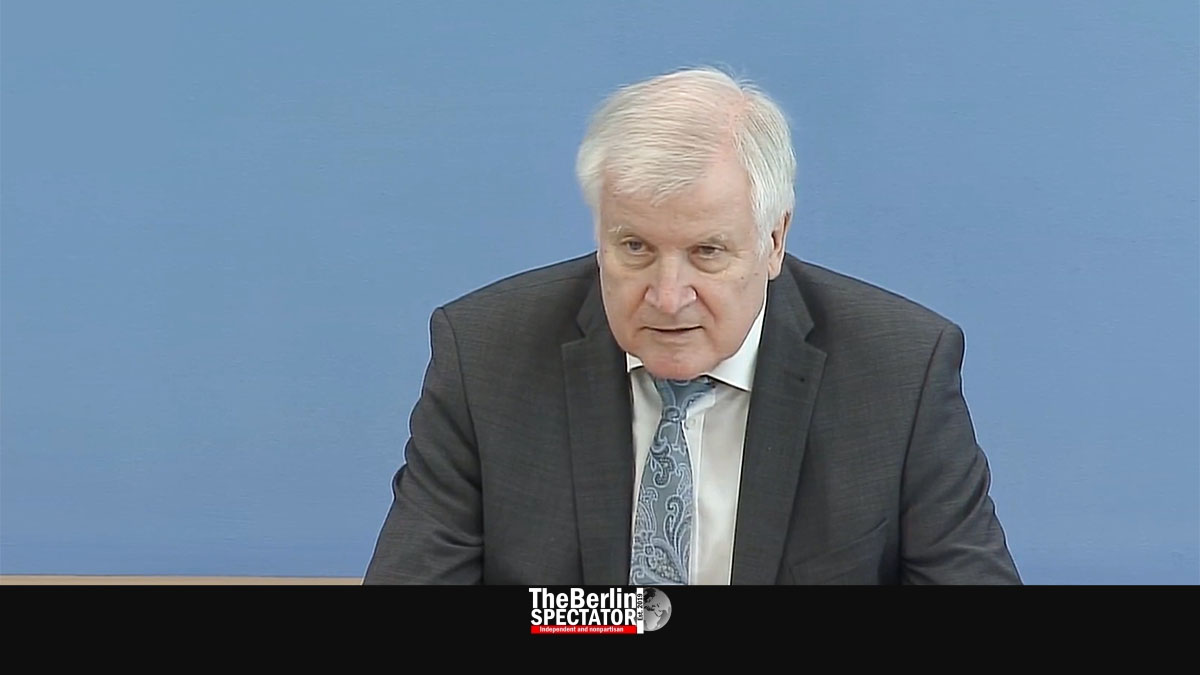 In Berlin, Germany’s Interior Minister Horst Seehofer released alarming numbers. In spite of the fact that many people stayed at home because of Corona, politically motivated crime rose by close to nine percent in 2020. Cases that involved violence increased even more.

Berlin, May 4th, 2021. Update: 1:37 p.m. (The Berlin Spectator) — According to the latest statistics provided by the Federal Criminal Police Office (BKA), which is the German equivalent of the F.B.I. in the United States of America, there was a lot more politically motivated crime in 2020 than there had been in 2019. Exactly 44,692 cases were reported, meaning their number increased by almost 9 percent. There was a lot more politically motivated violence too. It increased by 19 percent, in spite of the restrictions which made people stay at home a lot.

Crimes committed by radical left-wingers rose by 45 percent to 1,526. With 11 percent, the increase was a lot lower in regard to politically motivated crimes right-wingers were responsible for. Here, 1,092 cases were registered by the BKA in Wiesbaden. Still, Germany’s Interior Minister Horst Seehofer stressed the radical right posed a much bigger danger than the extremist left, also because of murders and attempted homicides.

But the government was not blind on one eye. The Minister said it did not matter that he himself was a “democratic right-winger”. The mistake of ignoring danger posed by extremists on one side, because of the political orientation of officials, had been made in Germany before. Seehofer is a member of the conservative CSU, which is the Bavarian sister party of Chancellor Angela Merkel’s CDU. According to him, 591 politically motivated violent crimes could not be connected to specific kinds of extremism.

All in all, crimes committed by right-wing radicals increased by 5.65 percent in 2020, and those allocated to left-wing extremists by 11.39. These numbers include all kinds of crime, including violent attacks. In regard to crimes with a “foreign ideology” background, there was a decrease by close to 50 percent. On the other hand, antisemitic crimes increased by 300 to 2,351 cases. Seehofer said the latter numbers were not only alarming, but also disgraceful, because of Germany’s history.

The Central Council of Jews in Germany reacted to the BKA’s statistics. Its President Josef Schuster said the number of antisemitic crimes was “absolutely alarming”. The Corona pandemic had obviously led to a new form of extremism as well, in spite of the fact that Germany hat not been hit as hard as other countries, and that the anti-Corona measures in the country had not been quite as strict as elsewhere. There was hatred towards Jews everywhere, Schuster said. “A collaboration of all democrats” was necessary, and “an offensive against extremists”.

Thousands of politically motivated crimes reported in 2020, a total of 3,559 of them, were connected to the Corona pandemic, according to Minister Seehofer and the BKA. Those included assault, violations of the Public Meetings Act and propaganda offenses. More than half of those crimes were not listed as right-wing or left-wing. They were committed against the state, Germany’s health services, its police or political opponents.

Violence against police officers, journalists and others increased substantially, especially at large rallies staged by conspiracy theorists who deny the existence of the Corona pandemic and who often team up with mostly right-wing extremists, including self-proclaimed “citizens of the Reich” (‘Reichsbürger’), who do not recognize the Federal Republic of Germany or its institutions, and other Nazis.

Another danger Seehofer mentioned was that of Islamist terrorism.