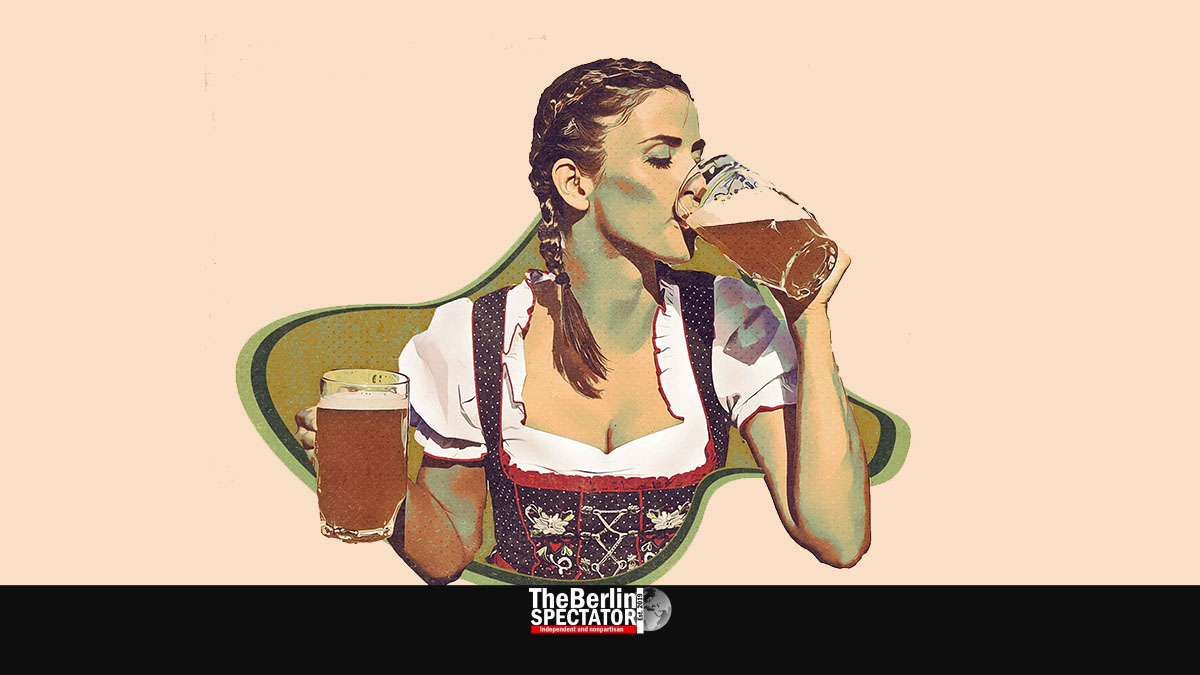 In Munich, the next Oktoberfest will be taking place at Theresienwiese from September 17th to October 3rd. But visitors should make sure they are either in the right year or on the right continent.

Sofia/Bulgaria, September 20th, 2021 (The Berlin Spectator) — In April of 2020, the first Corona wave was in full swing in Europe. The seriousness of the situation became evident when the number of Corona-related deaths exceeded 1,000. And when the First Minister of Bavaria, Markus Söder, said he did not think the 187th Oktoberfest could take place. When the Bavarian head of government actually wants to cancel the most famous and largest beer fest in the world, something must be wrong.

Back then, the Bavarians and people around the world who love this part of the federal state’s culture were sure the world would defeat the virus within a year and celebrate the 187th Oktoberfest in 2021. Then, it turned out the Corona pandemic was still going on, and threatening everyone on this planet. So, the Oktoberfest had to be cancelled again.

Actually, it is taking place, but not at its original location. In Big Bear Lake, 101 miles (162 kilometers) east of Los Angeles, the Oktoberfest commenced nine days ago, on September 11th, 2021, and will continue until November 7th. It is the 51st time this traditional Bavarian event is being celebrated over there in California. The organizers are trying to make sure the atmosphere is authentic, also by flying in German bands. This sounds easier than it is because the United States of America have not lifted their Corona travel ban for Europeans from the Schengen area. For this reason, they hired “German-American bands” this time, the members of which live in the U.S..

Yes, the world is borrowing the Oktoberfest tradition. In El Paso (Texas), the the Fort Bliss community celebrated it this past weekend. It was the same picture in Tinley Park (Illinois) and many other locations around the world. In pre-Corona times, the Oktoberfest was being celebrated in Morelia (Mexico), Budapest (Hungary), Brașov (Romania), Sofia (Bulgaria) and countless other cities. In many cases, the party is going on right now. They are copying the festival, but obviously not its cancellation.

The original Oktoberfest, the 187th one, is now supposed to take place from September 17th to October 3rd, 2022. After a three-year-break, the organizers really want to get going again next year. Dieter Reiter, the First Mayor of Munich, is supposed to open the first beer barrel at 12:00 noon on the first day, if he is still in office by then. After this moment, it will not take long until the first visitors are drunk. In an intoxicated state, the Bavarian folk music they play there is a lot easier to digest.

Up to 6 million visitors came to the Oktoberfest each time before the Coronavirus messed things up. Some 7 million liters (1.85 million gallons) of beer were served per edition. One ‘Mass’, meaning one liter of beer, usually costs anywhere between 11.50 and 15.90 Euro (12.70 to 17.50 Dollars or 10.40 to 14.40 Pounds Sterling). The Oktoberfest has its own prices and its own beer brand. “Wiesn” is what the Bavarians call the big event. It is a lot more than just a place to get drunk at. All the tourists it attracted needed to stay at hotels and eat a lot at Munich’s restaurants, meaning it always helped the economy.

Obviously, nobody knows whether the original Oktoberfest will actually be back in a year from now. In the meantime, there are other locations people can get drunk at. For instance, they can do so on their sofas at home.