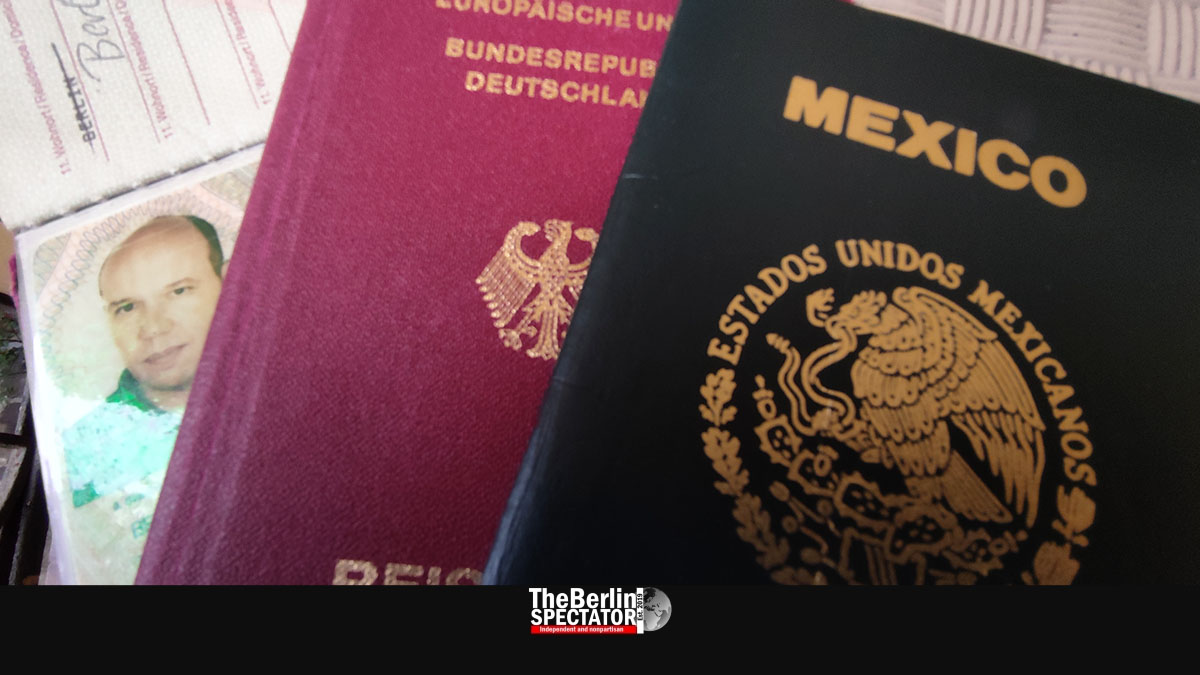 There are passports that will get their holders into five countries without visa. Obviously, it is a lot better to have one which opens more than 100 borders. Which is the best passport to have? Which is the worst?

Berlin, September 25th, 2021 (The Berlin Spectator) — Listening to Bossa Nova live during dinner in Rio de Janeiro or standing on the Sun Pyramid in Teotihuacán is priceless. So is exploring the secrets of Australia, experiencing a sunset at the beach in Cape Town, skiing in Aspen, taking stunning photos in Tokyo or walking the Berlin Wall Path.

The most important item travelers need to have to get to any of those places is mostly red, blue or green. It is a little book called passport. Their holders do not own their passports, but their home countries do. Some lucky people have two or even three passports. If they lose one, they can use the other one. If one of them will not open the border they intend to cross, the other one(s) might. Of course, passports can also cause problems. They can save lives, but they can also imperil their holders.

Of course there are passports which will ring alarm bells the millisecond a border police officer in certain countries sees them, and others that will keep their holders from crossing certain borders, whatever they do. Some stamps inside passports will not exactly enthuse certain countries. These little booklets called passports are good to have, if they are of the right kind.

Having an Afghan or Iraqi passport is not recommended. They will get people into four countries without visas. In 27 to 28 countries, their holders will get visas at the borders. But they have to go through long and possibly unsuccessful visa application processes for more than 160 countries, or almost the entire world. What might sound entertaining, is actually a serious problem to many.

Passports from Syria, Pakistan, Somalia or Yemen will not get their holders too far either, according to the Global Passport Power Rank 2021. They are at the bottom of the latest ranking list. This applies to Myanmarese, Eritrean and Iranian passports, and the ones issued by the authorities in the Palestinian areas as well. In the latter case, 10 countries will automatically open up for their holders, 30 will give them visas at the border, but 158 countries require applications for visas beforehand. Compared to the passports mentioned so far, the ones issued in North Korea are gold. They open borders to nine countries immediately.

On the upper end of the Passport Index, European passports, one Asian one and New Zealand’s travel documents are assembled. South Koreans will get into 100 countries easily, without visas. The Irish, Swiss and Italians can enter even more states without growing long beards while standing in line or waiting for visa application processes to complete. Luxembourg, Austria and Finland issue great passports too. Open Sesame. You are from New Zealand or Spain? No problem, in lots of countries.

So, which is the best passport to have, in the sense that it opens the most borders? The German one. Its holders may enter 106 countries without visas, or get the required visas right at the border, without complications, in 36 states. But German nationals need to apply for visas in quite a few countries as well. Fifty-six of them, to be exact.

How do the other “usual suspects” look? U.S. passports are relatively high on the list, squeezed in between the Portuguese and the UAE’s travel documents. Americans may enter 96 countries without visa. Passports held by Britons are pretty useful too. Israelis will get into 88 countries very easily, Mexicans into 76. Chinese nationals can enter only 27 countries without visas, Russians 76. The entire Global Passport Power Rank 2021 can be found here.