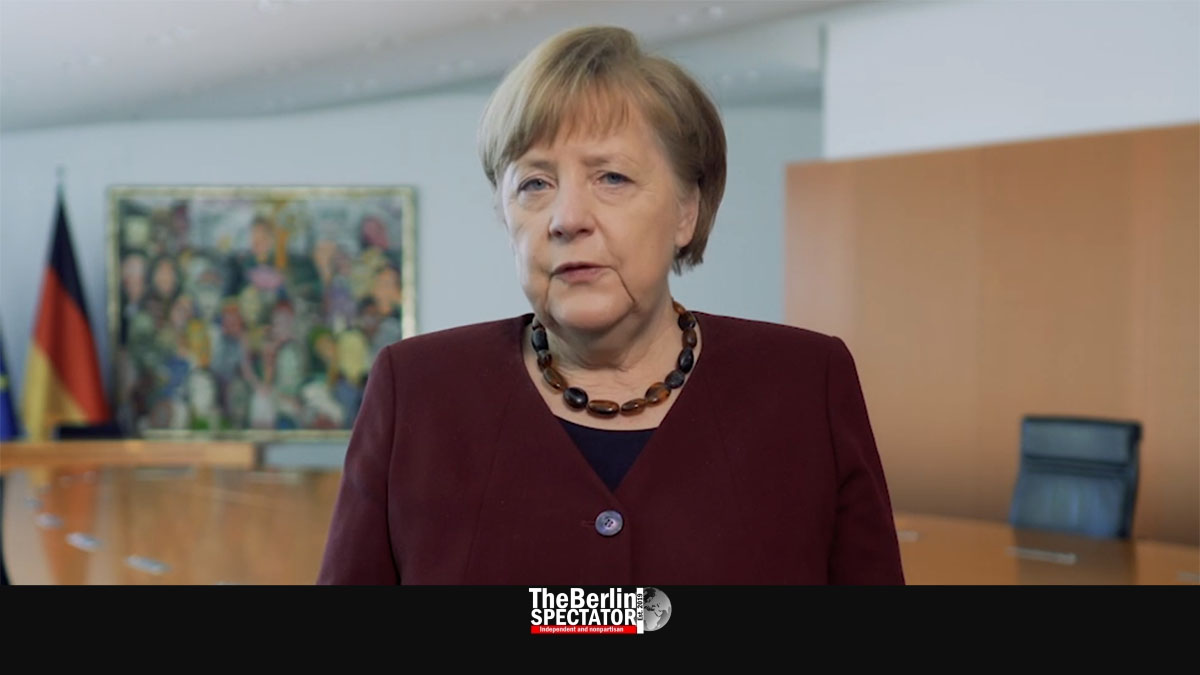 Just some five weeks before Angela Merkel will be leaving the chancellery for good, the Corona infection numbers are exploding again. In an interview with a German-language publication, she said she was concerned.

Teupitz/Brandenburg, October 31st, 2021 (The Berlin Spectator) — Germany’s departing Chancellor Angela Dorothea Merkel just warned the Germans of recklessness in the ongoing Corona pandemic. In an interview with the ‘Frankfurter Allgemeine Sonntagszeitung’ weekly she stated especially the increasing number of COVID-19 patients at ICUs and that of Corona-related deaths worried her.

Mrs. Merkel said she continued to believe there should not be mandatory vaccinations. But it was sad that two to three million Germans above 60 years of age had still not been immunized. If they were vaccinated “this could make a difference for them and for society in its entirety”, the Chancellor stated. In the interview, she also defended decisions her government took since Corona hit Germany in January of last year. The lockdowns had been necessary, in order to decrease the number of contacts between people.

Angela Merkel is right to be worried, just like everyone else. The infection numbers keep on rising. According to the Robert Koch Institute, the country’s Seven Day Incidence has reached 149.7. At this stage, it increases by about five points every day. In several federal states, the situation is alarming. Thuringia’s Incidence has now reached 303.3, Saxony stands at 276.8 and Bavaria at 236.1. Seven more states have three-digit Incidences.

Too Big to Count

With 662.8, Bavaria’s Mühldorf am Inn county has the highest Incidence of them all. Five more counties stand between 500 and 600, eleven are above 400 and thirty-one surpassed the 300-mark. The number of counties with Incidences between 100 and 300 is too big to count.

Of course, the increasing infection numbers have ramifications at hospitals all over Germany. Right now, as many as 1,932 Corona patients are being treated at intensive care units. This number keeps on rising rapidly. Yet again, experts are worried the hospitals could be overburdened soon if things continue this way.

No Lockdown in Sight

Of course, Germany has seen this kind of development before, more than once since the crisis started. The difference is that the government in Berlin and those in the capitals of Germany’s federal states have not taken new measures that could curb the spread of the Coronavirus. No new lockdown is in sight.