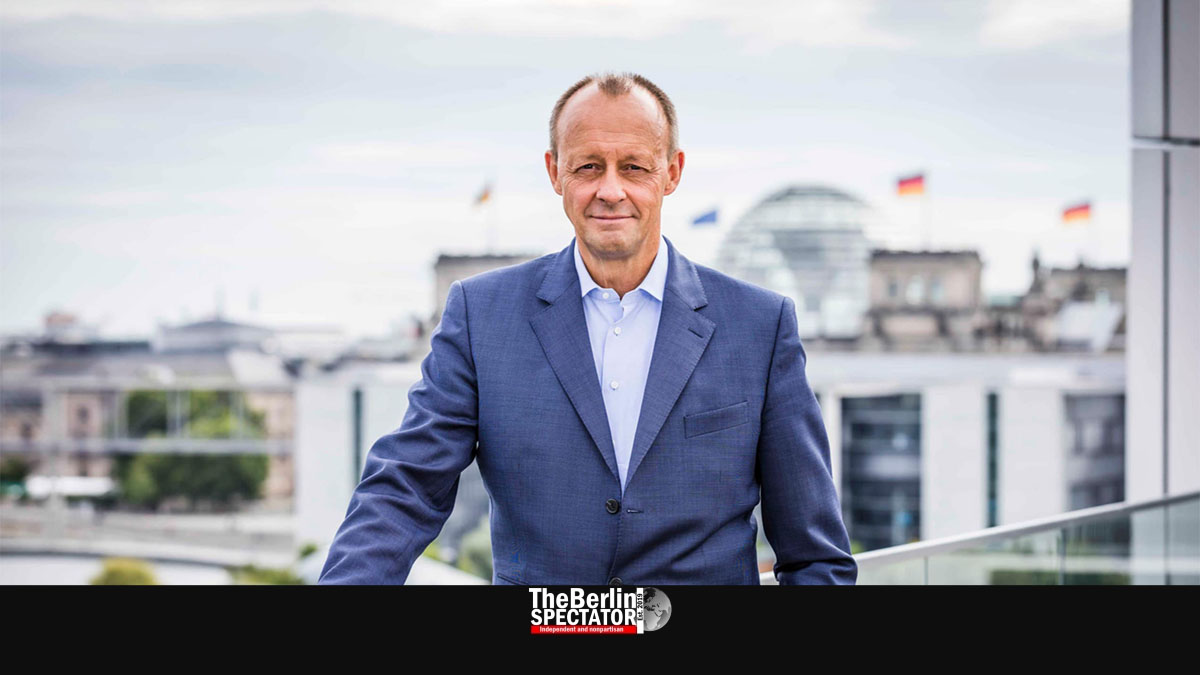 Former Chancellor Angela Merkel’s party CDU has a new designated chairman. Her former foe Friedrich Merz ran for this position twice before. Now, a majority of members voted for him. As the predecessor of two failed chairpersons he will have to deliver.

Berlin, December 17th, 2021 (The Berlin Spectator) — Some three months after a bad defeat in the elections, and nine days after its respected Chancellor Angela Merkel left the chancellery after 16 years of reign, Germany’s conservative CDU has a new leader. Friedrich Merz, a 66-year-old millionaire reached his goal today. The party has some 400,000 members, 248,000 of whom took part in the election. A little more than 62 percent voted for Merz as party chairman, almost 26 percent for the foreign policy expert Norbert Röttgen, and 12 percent favored Mrs. Merkel’s former Chancellery Minister Helge Braun.

On December 7th 2018, Friedrich Merz had tried to become party chairman before. He lost against Merkel’s confidant Annegret Kramp-Karrenbauer (AKK) who was replaced herself, on January 16th of this year, when Armin Laschet took over. Both of these leaders failed. Im September, he brought home the worst result the CDU ever had in national elections. Once the terrible result was in, he still wanted to become Chancellor.

Merz, the new leader, will have to be confirmed by the CDU’s party convention in January of 2022, but his official election is a foregone conclusion. It is the first time the CDU had its members vote for the leadership. It copied this approach from the left-wing Greens and the center-left SPD which won the elections on September 26th. Since December 8th, its former candidate Olaf Scholz is Chancellor of the Federal Republic of Germany.

When his victory was announced on Friday, Friedrich Merz thanked all members and said the election process had been good for the party. He stated the CDU was a big tent party which had gone through three difficult years and announced a new start next year. The party needed to get used to its new role in the opposition. And it had to prepare for several state elections in the coming years.

Even though he is seen as a member of the more conservative wing in the CDU (as opposed to the more moderate wing Mrs. Merkel was part of), Friedrich Merz said he wanted to represent the entire party as chairman, if approved by the convention. He also announced the Christian Democrats would be a constructive opposition party, in the sense that they would criticize the government harshly if necessary, but also agree with it in regard to good policies.

Merz made clear his election was not a preliminary decision about the candidate for Chancellor in the next elections for the Berlin Bundestag. He also said he wanted to involve the party’s members more when policy decisions needed to be taken. Whether the CDU will have its own candidate for President for the election on February 13th had not been decided yet, Merz stated.

Germany: Moderate Christmas Traffic Expected, Unless Snow and Ice Mess It Up