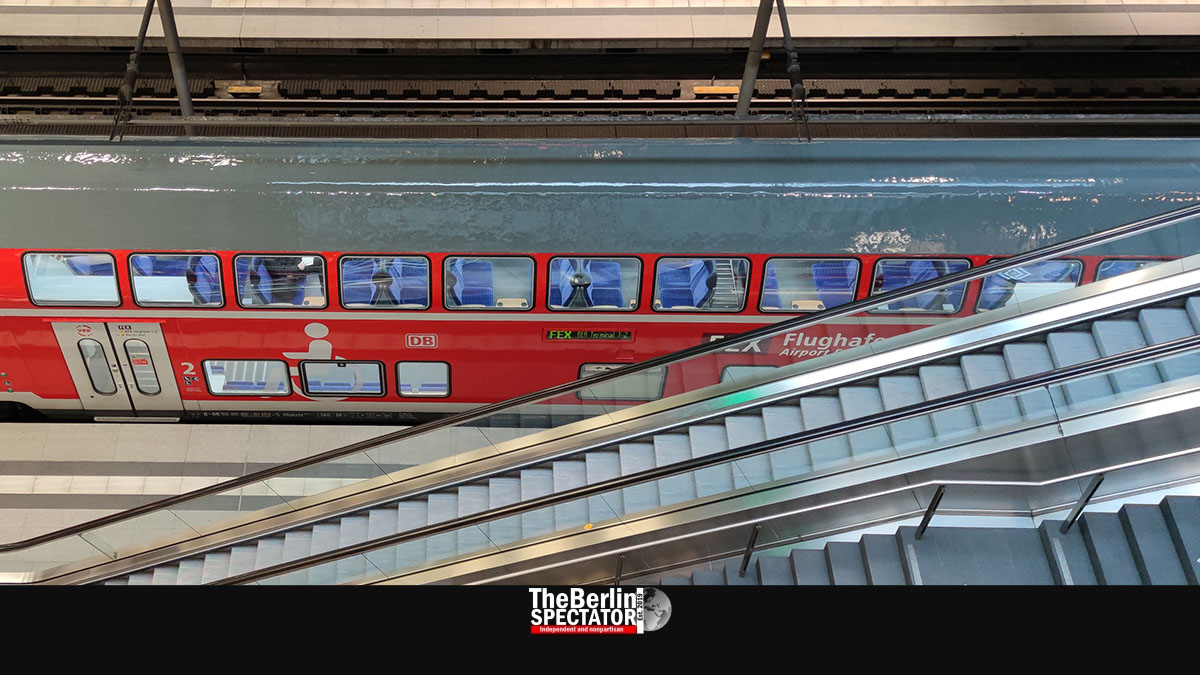 In the Berlin Brandenburg region and parts of northern Germany, many trains are still not back on the tracks. Damage caused by the first two storms still creates issues, according to Deutsche Bahn. Yet another storm was due to hit on Sunday night.

Berlin, February 20th, 2022 (The Berlin Spectator) — Some major railroad lines are still not back in service in northern and eastern Germany. Deutsche Bahn ist still dealing with damage that was caused by the storm systems ‘Ylenia’ and ‘Zeynep’ that hit on Thursday and Friday. Because a third Storm named ‘Antonia’ is on its way, the German Weather Service issued severe weather warnings for several German states, including Lower Saxony, North Rhine-Westphalia, Hesse and Rhineland-Palatinate.

No Trains Between Berlin and Hamburg

The Baltic Sea coast will be affected as well, according to forecasters. In Berlin and Brandenburg, the third storm will probably not be as strong as the first two, but still strong enough to mess up Deutsche Bahn’s train schedules. Between Berlin and Hamburg, no trains were in service on Sunday afternoon. It was unclear when they will be back on the move. The same applied to trains that connect Berlin and Hamburg to Rostock and Stralsund, those that go from Cologne and Hannover to Norddeich Mole and Emden, as well as InterCity trains between Berlin and Amsterdam.

While the full extent of the damage caused by the first two storms has not even been recorded, Deutsche Bahn released a statement according to which all regional train traffic in Berlin and Brandenburg might have to be halted yet again at 11:00 p.m. on Sunday because of the third storm which was going to hit the region. This was about protecting the passengers and staff, the statement read. The measures that were taken could also lead to slow start-up of operations on Monday morning, Deutsche Bahn said.

Even if the third storm turns out to be weaker than expected, the rather big mess on northern Germany’s train tracks will continue until Wednesday. Crews are still in the process of removing branches and trees and repairing damage on and around train tracks in the region.

On Sunday evening, there were no trains from Berlin via Angermünde to Szczecin Główny in Poland and vice versa, between Potsdam Central Station and Michendorf, or between Neustrelitz and Neubrandenburg. On some stretches, passengers are being transported on buses. But because there is damage on the roads too, this kind of service could not be guaranteed either.

In the northern half of Germany, several persons had died earlier this week. Some of the victims were hit by falling trees. Hamburg went through a total of three storm surges since Thursday. In Berlin, vehicles got damaged. On Sunday, the capital’s Fire Department was still busy removing trees from streets.