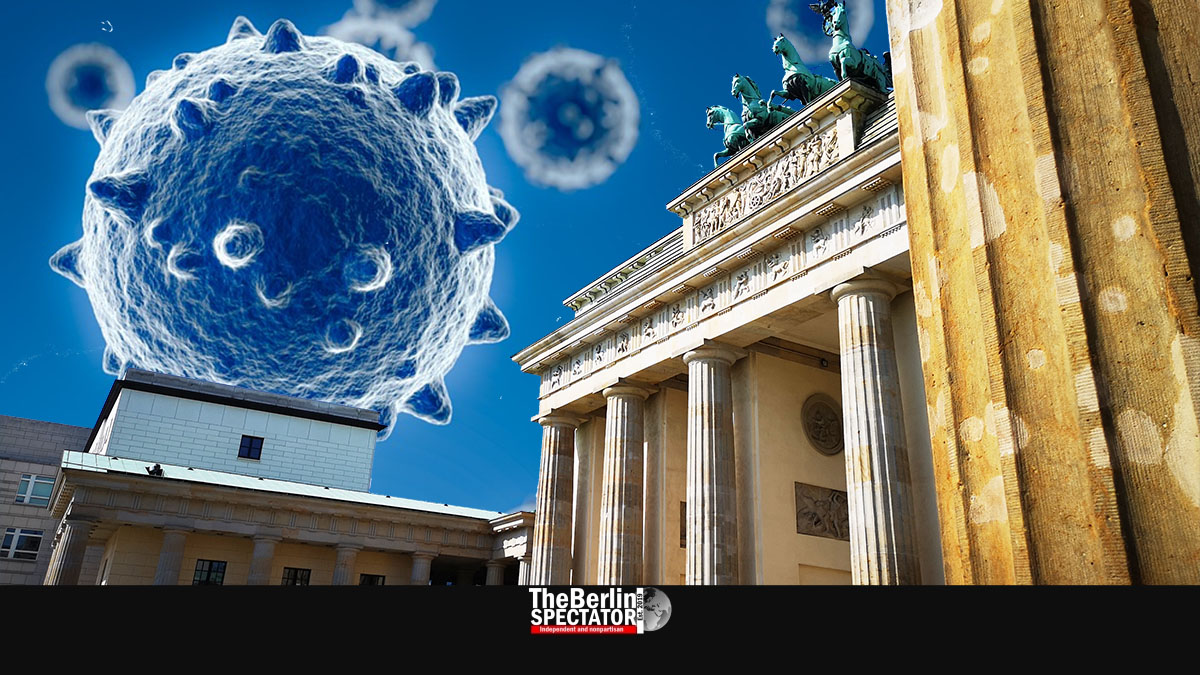 Even though the cold season is still far away, Germany’s Corona infection numbers are increasing again. This development is probably connected to the spread of the two Omicron subvariants BA.4 and BA.5.

Berlin, June 14th, 2022 (The Berlin Spectator) — On Saturdays and Sundays, the reporting of new Corona cases in Germany stalls. New infections from weekends will usually appear in the statistics on Tuesdays or Wednesdays. But this is probably not the only reason why almost all Corona-related numbers in Germany just increased substantially. This might be the beginning of a Corona summer wave.

The Robert Koch Institute says there are 105,840 new Coronavirus infections since yesterday. It is the highest number since May 10th. Germany’s Seven Day Incidence literally skyrocketed to 447.3. Only yesterday, it had been 331.8. A week ago, on June 7th, it was below 200. In the city state of Berlin, the local Incidence increased from 143.3 to 292.8 within the same time frame.

Hesse, Lower Saxony and Schleswig-Holstein are back above 600. Four states, Bremen, Hamburg, North Rhine-Westphalia and Saarland, exceeded 500 again. Too many COVID-19 patients die in German hospitals. Since yesterday, 107 of them lost their lives. The only number that is hardly increasing is that of Corona vaccinations.

Apart from the weekend effect, the Omicron variant is most likely responsible for the rising number of infections. More specifically, the subtypes BA.4 and BA.5 are increasing their shares in Germany. They might already be the dominating versions. In Portugal, the same subtypes have already increased the infection numbers substantially.

In Berlin, the German Health Ministry released numbers that highlight the problem with BA.4 and BA.5. In the second week of May, between the 9th and the 16th, their shares were 0.6 and 2.5 percent, respectively, while 96.1 percent of all new Corona infections were attributed to the older subtype BA.2. A week later, the shares of both BA.4 and BA.5 had doubled. Another week later, between May 23rd and 29th, BA.4 had a share of 2.1 and BA.5 even 10 percent.

The numbers for this month will be available later, but if these subtypes kept on doubling their shares, BA.5 is probably the dominating Corona version by now. Only one aspect is reassuring: At this stage, it looks like BA.4 and BA.5 do not cause more severe disease progressions than BA.2. But if the infection numbers rise the way they have in Portugal, more Corona patients will have to be taken to hospitals anyway. Another aspect is scary: The actual number of infections, with any variant or subtype, is a lot higher than the official numbers suggest. Only infections confirmed in PCR tests are included in the German statistics.