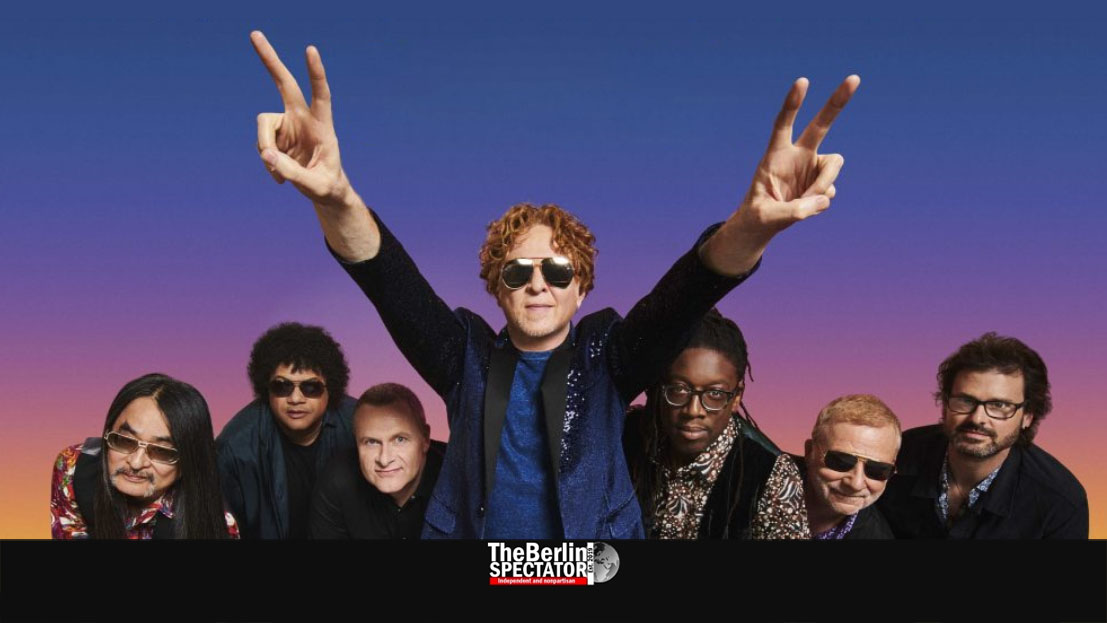 Simply Red were going to appear on countless stages all over Europe in late 2020. Corona messed up the endeavor. Then, it was supposed to be 2021, but the virus disagreed again. Now, there are new dates.

Berlin, January 23rd, 2022. Update: August 23rd, 2022 (The Berlin Spectator) — In 1977, The Frantic Elevators were founded. This Punk band delivered tunes that pretty much took the opposite approach of Simply Red. Why would this matter at all? Because a man named Mick Hucknall was the front man of The Frantic Elevators before he founded the other band in 1985.

The new act he established with Elliot Rashman in 1985 was named after the color of Hucknall’s hair. But ‘Red’ was not enough, to his opinion. That is why he added the word ‘Simply’. The rest is history. Simply Red became Hucknall’s life project. Hardly any band on the face of the Earth sells 50 million albums. But they did.

What Simply Red delivered had absolutely nothing to do with aggressive or depressive Punk. High-quality Pop music with Soul and Funk elements would be an accurate description of their music. In the mid-1980s, it was about time for some uplifting sounds when Simply Red came along.

‘Rhythms’ magazine accurately called Mick Hucknall “one of the truly great blue-eyed Soul singers” many years ago. Apart from him, there are not many artists who fit that description. Singers like Van Morrison, Boz Scaggs, Bobby Caldwell, Gino Vannelli or David Clayton Thomas, all of whom delivered before Hucknall did, may be part of his category, but took different approaches and do not sound like him. Nobody does.

Simply Red’s first album ‘Picture Book’ made landfall in 1985, with hits like ‘Holding Back the Years’, ‘Money’s Too Tight to Mention’ and ‘Look at You Now’. Some of the next recordings were even more successful. Of course, the group started touring like crazy and sold out most venues because they were brilliant, and due to the fact that Simply Red appealed to regular Pop fans and Soul lovers alike, meaning their audiences consisted of both radio listeners and quality music folks.

‘Blue Eyed Soul’ is Simply Red’s 12th album. It was released in the summer of 2019, nine years after the band was disbanded, and four years after it was re-formed. On this latest recording, Mick Hucknall and the band took the James Brown approach (‘Thinking of You’) and they came up with good Soul ballads like ‘Sweet Child’.

All in all, the latest album might be a little sterile from the perspective of die-hard Soul and Funk lovers like the author of these lines. A more diplomatic way of putting it would be to say the latest album takes a contemporary approach. But Mick Hucknall does a great job, as he always has. His voice saves the album. He is not just Simply Red, but simply great.

It gets better: Simply Red are alive and kicking. They are coming to Austria, Germany and Switzerland. In fact, they are going everywhere. First, it is their home turf. Has anyone ever performed at this many venues in the United Kingdom during one tour? We just counted 33 of them, some of which they will “do” twice in a row. Their U.K. tour is about to commence on February 2nd, 2022. Guess what: New dates in mainland Europe were listed too, after Corona messed up the band’s first few attempts to get out there and perform.

On November 6th, 2022, none other than Mick Hucknall and his band will be hitting the stage at the Zenith in Paris. The tour will take them via Luxembourg and Amsterdam to Hamburg, where the travel party will be arriving and performing on November 14th. Of course they will not play at some tiny, smoke-filled pub in some basement in the city’s ‘Kiez’, but at Barclay Card Area. Hey, this is Simply Red, remember? Frankfurt, Hanover and Dortmund are next before they reach Cologne and Mannheim.

More German dates? Sure, no problem. Here we go: Once they are done in Zurich, this beautiful city in neighboring Switzerland, the band will be expected in Berlin, the city of cities, on November 24th, 2022. How does Stuttgart sound? Yes, they will be there too. Leipzig and Munich are listed on the touring plan. So are Vienna, Bratislava, Graz, Budapest, Lodz, Antwerp, Copenhagen, Rome, Padova and Milan. In short: There does not seem to be a single stage they will not hit on this nice continent. Have a good tour, blokes.

The entire tour plan can be accessed on Simply Red’s website. Tickets for most gigs in the German-speaking world (as of January 24th, 2022, Graz and Zurich were not included) are available here.